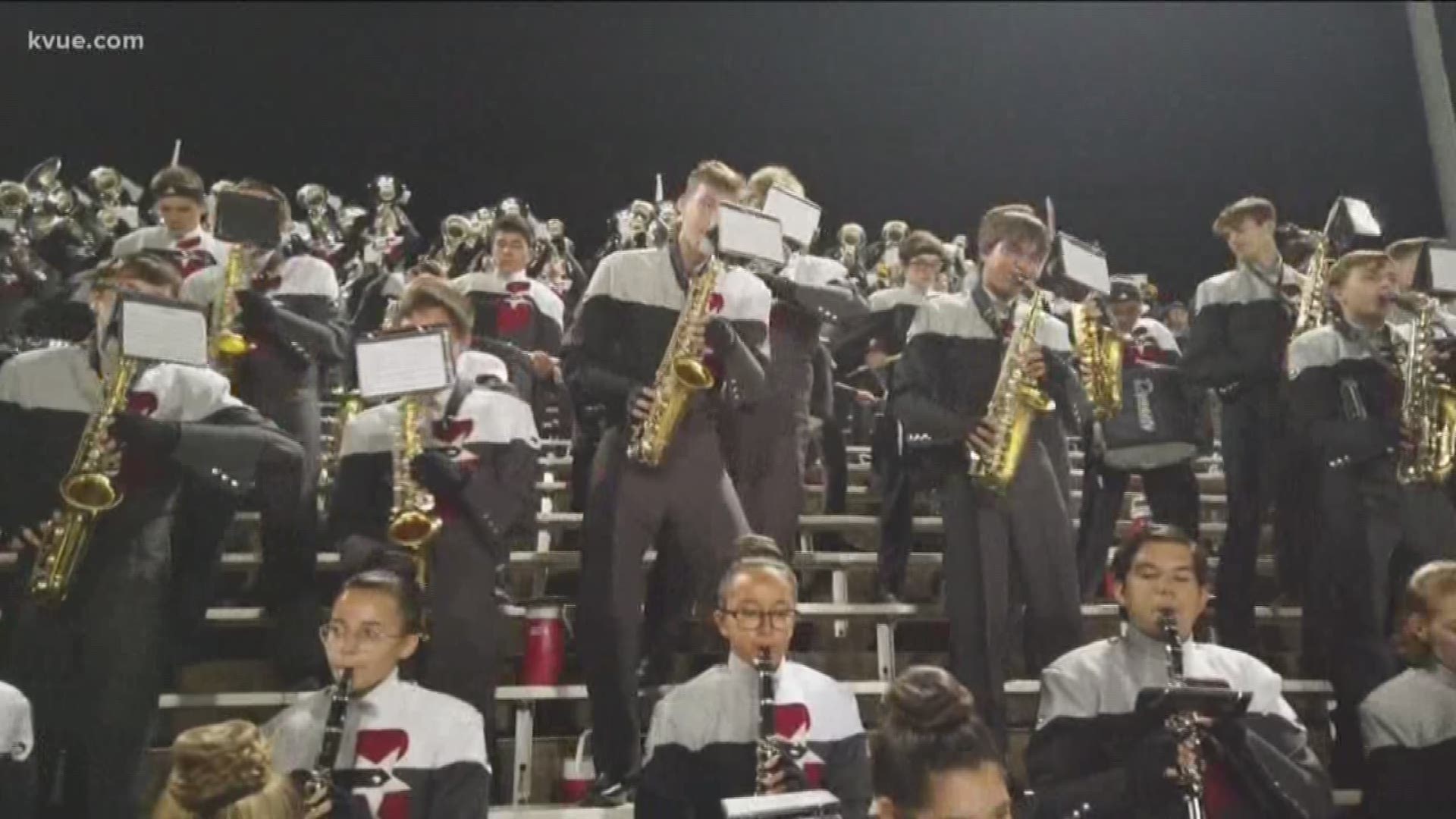 AUSTIN, Texas — Editor's note: The attached video highlights Bowie HS as the band of the week on Oct. 25.

The Bands of Bowie Facebook page posted a picture of actor Tom Hardy wearing a "Bowie Band" sweatshirt and holding a sign showing his support for the band.

The sign reads: "You have worked so incredibly hard... Go crush it James Bowie Outdoor Performing Ensemble. Now is not the time to give up! Go give it all you got at B.O.A. San Antonio."

Bands of Bowie
Catch the 2019 OPE performing "The Apotheosis" this Friday 11/1 at t... he BOA San Antonio Super Regional Championship, 3:15pm at the The Alamodome. Going to be another amazing event of spectacular shows featuring top bands from across the state! We need all our fans there cheering us on so see you there!

Bands of America San Antonio is a Super Regional marching band competition going on from Nov. 1 to 2. The James Bowie Outdoor Performing Ensemble (OPE) is set to perform at 3:15 p.m. on Friday at the competition.

In the video, Reynolds referred to the band as his "favorite OPE band in the world."