Tickets to UT vs. LSU game have Texas-sized prices 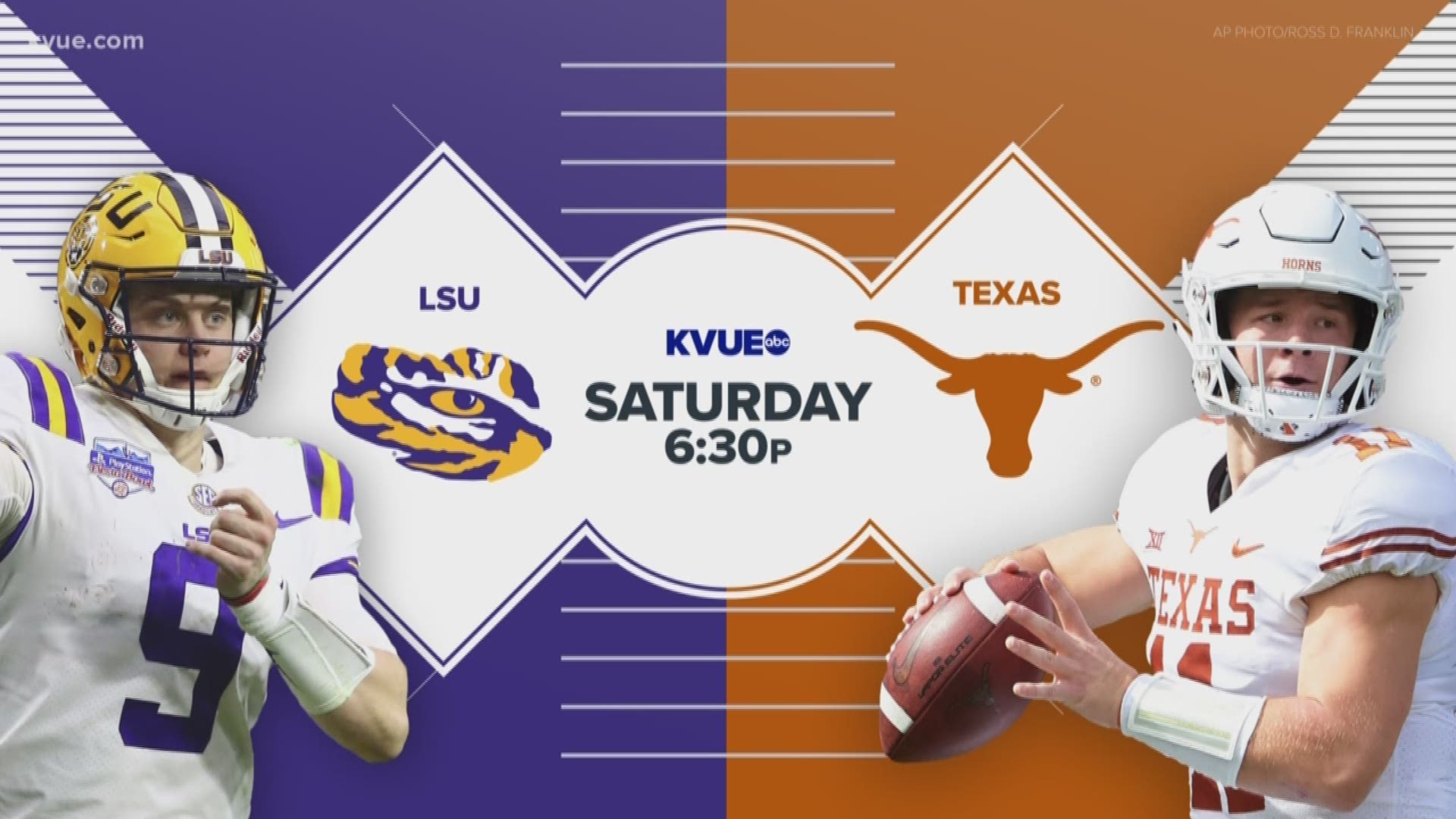 AUSTIN, Texas — The University of Texas Longhorns take on the Louisiana State University Tigers on Sept. 7.

Fans that are planning on attending the game but haven't gotten tickets yet may be in for a surprise: tickets for the game start at $328 – and that's just for upper-level seats.

Seats near the 50-yard-line will cost fans almost $700 at the minimum, and nearly $1,000 at the maximum. These prices are a stark contrast from some of the Longhorns' other games.

Tickets for the Longhorns game against the Oklahoma State Cowboys start at $57.

These seemingly astronomical prices are due to the Longhorns-Tigers being one of the top-selling games of the season, according to StubHub.

ESPN has announced that College GameDay will be coming to Austin for the first time since 2009.

LSU graduate Derrius Guice brought the heat when he called out both UT and Matthew McConaughey on Twitter.

"Just met my favorite actor @McConaughey and told him we gone whoop @TexasFootball a-- next week," Guice wrote.

Kickoff will be at 6:30 p.m. and the temperature during the game is expected to stay in the 90s. Make sure to catch this highly anticipated game on KVUE!

WATCH: Fans cheer on UT at first game of the season