Thunder Rosa spoke to us about her culture and the impact it's had on professional wrestling. 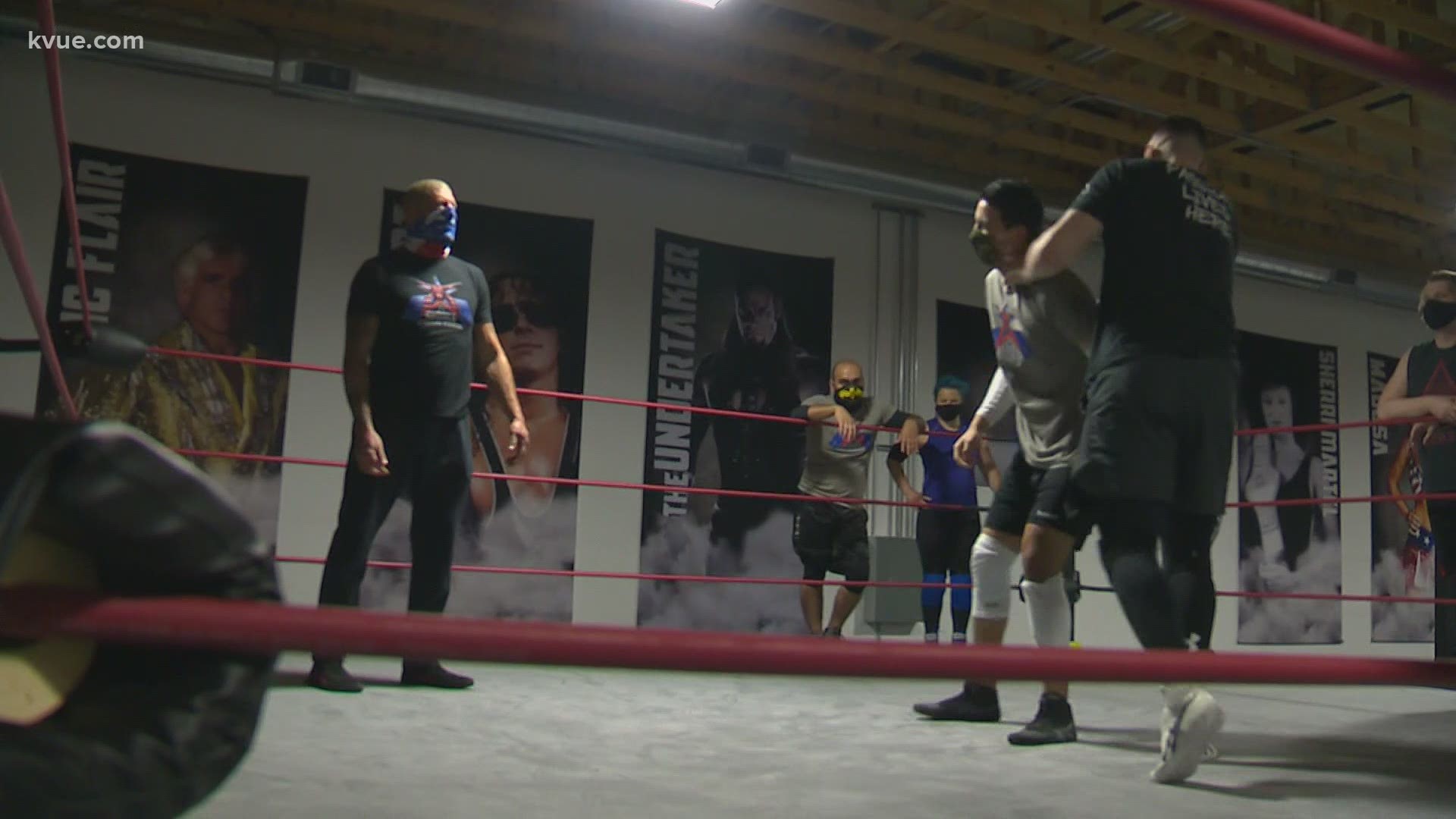 SAN ANTONIO — Editor's note: The embedded video content in this article may be disturbing to some viewers.

Melissa Cervantes loves a good fight. Born in Tijuana, Mexico, the wife and mother has big goals for her professional wrestling career.

“I've been saying [it] for the last seven years – [I will be] the most successful female, Mexican-born wrestler that ever existed in the history of professional wrestling,” Cervantes said.

Cervantes is known as "Thunder Rosa" in the professional wrestling world. Before her career within the squared circle, Rosa graduated from UC Berkeley and worked as a social worker serving underrepresented communities in the Bay Area.

“[I worked with] kids that have a lot of trauma and they were drug addicts and alcoholics,” Rosa said. “I dedicated my life to help others and serve others.”

Rosa said social work is one of the tools she used to help younger generations and influence kids in a positive way. Rosa added that her former career is one of multiple layers that makes up the Thunder Rosa character.

“Thunder Rosa is like that auntie, your sister, your mom. When she doesn't get her way, she'll curse in your face and will tell you exactly how it is,” Rosa said. “She’s so fiery, so passionate about life and how things need to be done ... It's a real character and an extension of Melissa Cervantes.”

Rosa adopted here ring name from Thunder Road, a community service facility she worked for in the Bay Area.

Rosa's passion for wrestling came later in life. She started watching wrestling in her mid-20s and began training at 27 years old.

“I was really depressed, and independent wrestling was the thing for me that got me out of my funk.” Rosa said. “From the moment I went to the first show, I was hooked. I [watched] that WWE stuff and I liked it, but it wasn't like independent wrestling. Being in front and being so intimate, that really got my attention.”

Rosa debuted in 2014 and worked for many different promotions including Women of Wrestling (WOW) and National Wrestling Alliance (NWA). Rosa was known as "Kobra Moon" in Lucha Underground.

At 33, Rosa competed inside the octagon. She currently holds a Mixed Martial Arts record of 0-1, defeated by Nadine Mandiau in 2019.

“After I did that match, now I know there is nothing else in life that I cannot do,” Rosa said. “I lost, but I trained for seven months and I'm really proud that I lasted three rounds. Fighting is not a joke. Training for a fight is not a joke.”

Rosa would debut in All Elite Wrestling (AEW) in 2020 and would sign with the company in July 2021. Within that time, she competed against the AEW Women's Champion Dr. Britt Baker in a no-rules Unsanctioned Lights Out match, where weapons are encouraged. Rosa feels this match was a test for her.

“If I did well, that was going to open so many doors for me and so many other people that never thought they would have an opportunity,” Rosa said. “I was going to be there with the future star of professional wrestling, Britt Baker. She is already on the top. But that [match] was going to cement her and myself as some of the best performers in the world.”

From masks to in-ring fighting style, Mexican wrestlers, or luchadores, immerse themselves and their characters in Mexican culture. This was difficult for Rosa. She did not want the stigma or be stereotyped.

“I hated myself for being Mexican,” Rosa said. “I did not want everybody to see me as the Mexican. And it sounds terrible, but it's like a lot of us, we have to reject who we are before we finally accept who we are.”

Rosa paints half her face in a Dia de los Muertos theme in honor of those who have passed before fulfilling their dreams. Rosa said wrestling has always been her destiny.

“It is my blood, in my heritage that I will become a professional wrestler and I will represent those who have passed away,” Rosa said. “Those that didn't get a chance to live their dreams. [I will] represent them in the most positive way ever.”

Rosa, a San Antonio resident, became a naturalized citizen in 2019. She said she is proof of what the American dream looks like.

“Being Latina is not going to stop me from achieving my dreams,” Rosa said. “Hard work, not giving up and loving your country. This place has given me everything I have and has given me a beautiful platform and a beautiful canvas that I needed to create the art that I wanted to create.”

Rosa’s wrestling journey has not always been a smooth ride. Rosa said in her early career that she had trouble getting booked on shows.

“Different races, different ages, different flavors, different sizes,” Rosa said. “It's all about really pushing athletes to become the best that they can. The girls that I have come to our show have worked so hard and have had some of the best matches I've seen in the independent circuit. They believe in what we're preaching, which is equality."

Rosa said she loves seeing little girls come to shows with their faces painted. She hopes to be a positive role model for them and her son.

"[I'm] doing it for your future generations," Rosa said. "I'm doing this for my son because I know he can have a better life ... for him to have a good education and to have options, not like the ones that I had."

Rosa hopes to become a positive representation of her culture and can reach people of all demographics.