Luke Almendarez, Jared McKenzie and Ethan Ruiz grew up at Dell Diamond. Now, they're getting a chance to play the game they love at the field that feels like home. 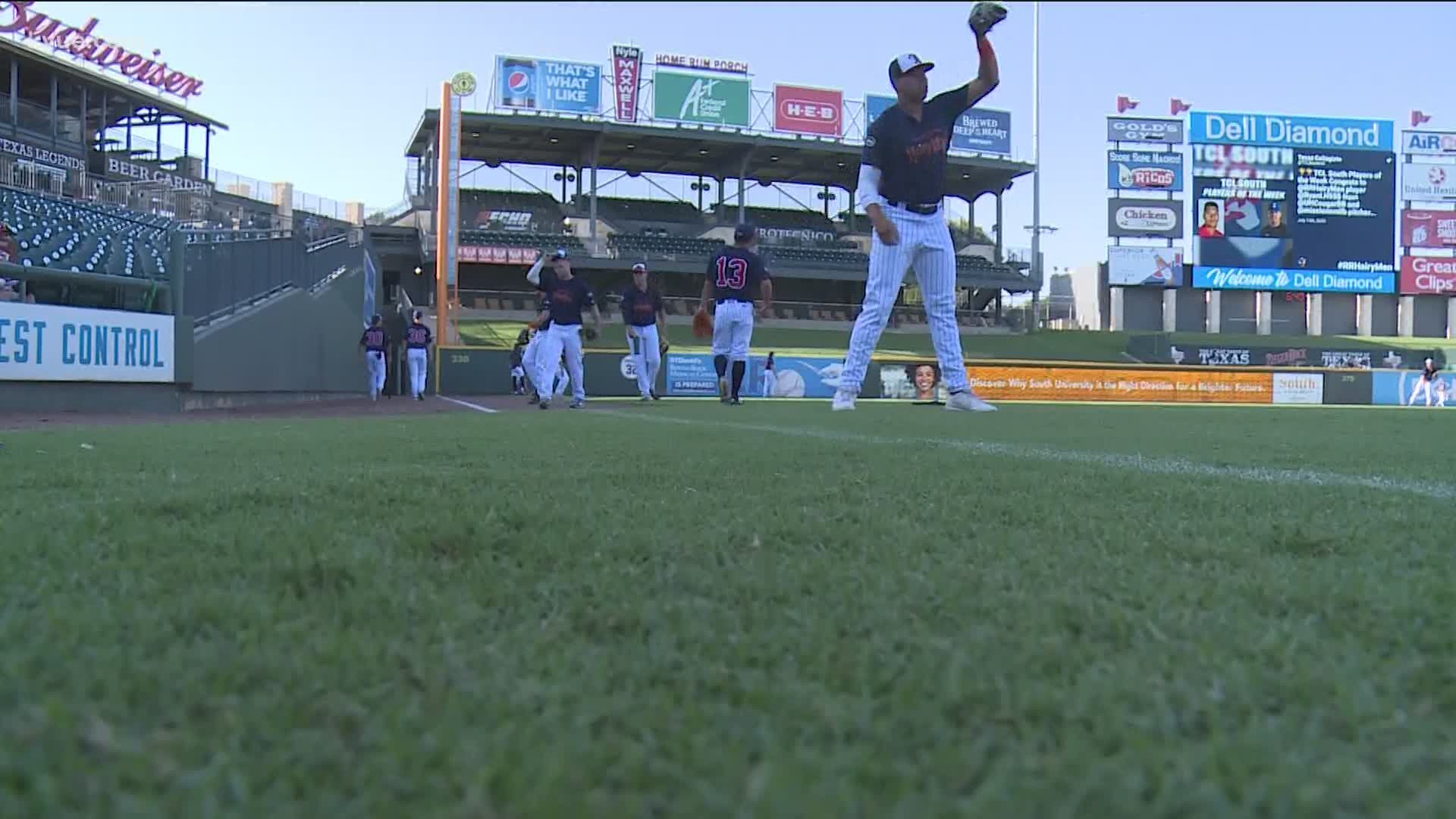 ROUND ROCK, Texas — All the players for the Round Rock Hairy Men were devastated when their collegiate season got cut short due to COVID-19. Many of them didn't know if they'd get to play again for at least a year.

So when Dell Diamond announced it would be hosting a Texas Collegiate Baseball League, players couldn't have been happier.

For some, Dell Diamond is the place that brought baseball back into their lives. For others, it's a place they've always called home.

Jared McKenzie, Luke Almendarez and Ethan Ruiz are no strangers to the Round Rock Express.

The three of them didn't just grow up watching games from the stands, they were in the dugout, as bat boys.

"I'd always come up here in the seventh inning because they'd open the gates," said McKenzie. "I'd sit right there, near the first-base dugout and just watch three innings of baseball."

"We'd watch the seventh, eighth, ninth inning just sitting on the first-base side, watching baseball, talking baseball," said Jared McKenzie's father, Chad McKenzie. "He'd look into the dugout and want to talk to the players and get balls and all that. That's kind of where it started."

His father, Chris Almendarez, is the president for the Express.

"It feels like home," said Luke Almendarez. "Everyone knows me. It's a big family. Everyone treats me like family. It's awesome."

For all of them, working at such a young age for a team of big leaguers was a dream.

"It was pretty special telling all my friends that, like, 'Hey, I bat boyed when this guy was at the Express and now you're watching him on TV doing big things," said Ruiz.

They all remember what it felt like the very first time they stepped on the field at the Dell Diamond as a bat boy.

"I was on cloud nine," said McKenzie. "It was awesome. I remember thinking to myself, 'Man, I'd love to play here one day.'"

Now, that dream has come true. All three are playing the game they love, at the field they grew up in.

"It's full circle," said Almendarez. "My first college appearance was here. Now, playing for this team, just growing up here, again, it's like home."