For the first time in his career, Westlake head coach Todd Dodge will coach against his son, Riley – and it comes with a championship on the line 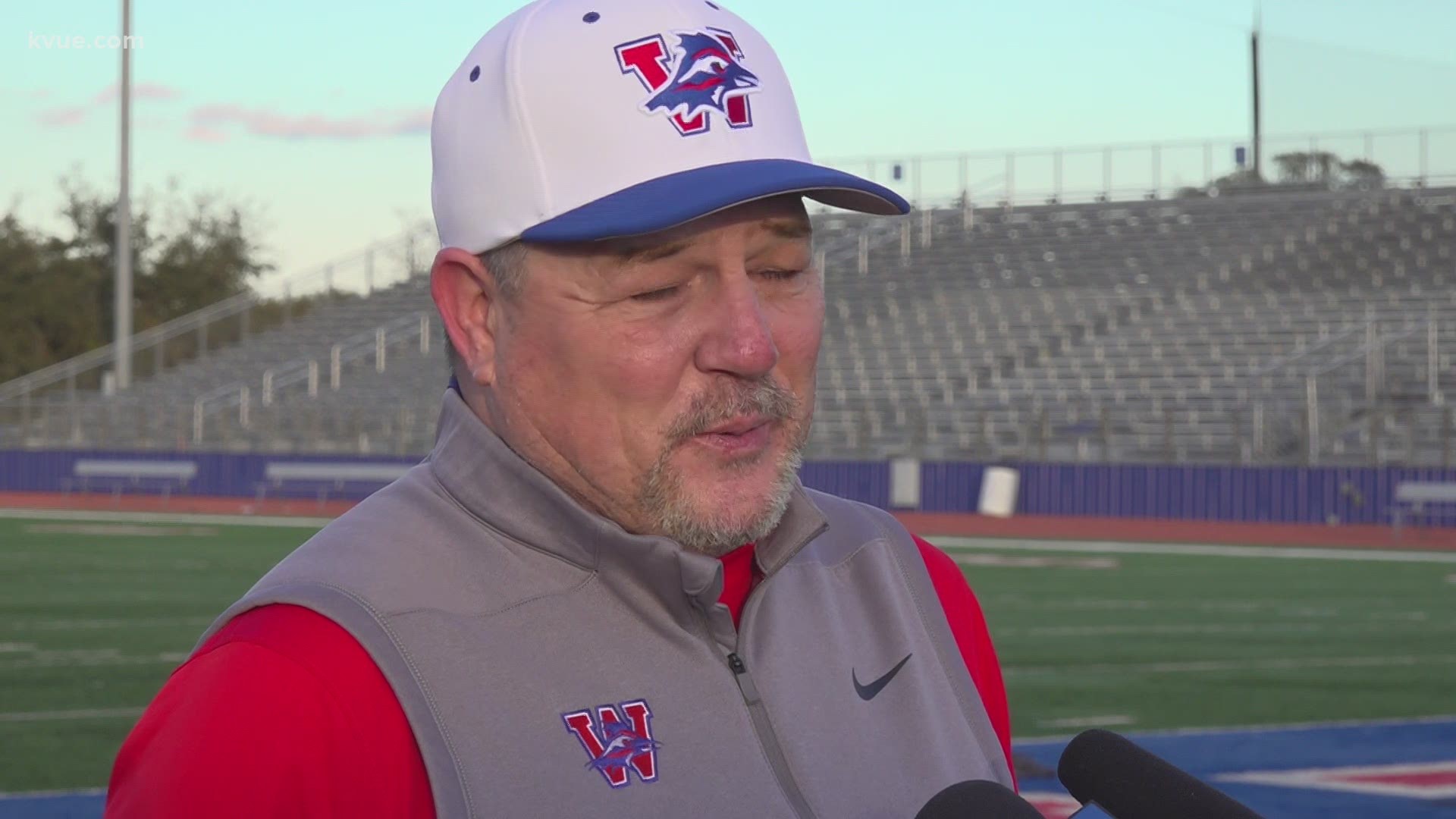 AUSTIN, Texas — One of the strangest seasons of Texas high school football will end with an unexpected storyline: a father and son coaching against each other in the 6A state championship game when Westlake kicks things off against Southlake Carroll.

"It's not really something that you ever really think about," said Westlake head coach Todd Dodge. "As a son and father, you sit around and talk about, 'We'd love to coach together someday. I'd love to coach you at the college level. I'd love to win a state championship together' – which we got to do – but to coach against each other ... never."

The only other time Todd and Riley Dodge planned to coach against each other, was earlier this season, when the Chaparrals head coach announced they would open the season against the Dragons in AT&T Stadium.

COVID-19 forced the cancelation of that game, but now it's back on, again, at AT&T Stadium.

Quite the announcement from Todd Dodge at today's state championship parade.@Westlake_Nation will open the 2020 season at the same place it ended this past one.

"Duly noted, we were supposed to play the first game of this season," Todd Dodge. "And, to be honest, Riley and I, we were not really fired up about it. It was definitely going to be for the kids and the fans and all that. But since that didn't happen, we've been talking about it all year long, 'If we're able to play in the state championship, that means we earned it.'"

And that's exactly what happened. The Chaparrals and Dragons both earned their way into the final game of the season, an outcome that even they did not expect.

"Neither one of us, I don't think, believed [we would make it here] because we've been sharing ideas with each other like we were just two old guys who were never going to play each other," said the Westlake head coach. "I think sometimes we wish we wouldn't have shared as much info."

While either Todd or Riley Dodge will leave the field as a runner-up, one member of the Dodge family is going to celebrate, regardless of the outcome: Todd's wife and Riley's mom, Elizabeth.

It's Westlake vs. Southlake Carroll, Todd Dodge vs. Riley Dodge, Father vs. Son

... so who will wife/mom Elizabeth root for in the 6a State Championship game?@Westlake_Nation @SLCAthletics #txhsfb pic.twitter.com/XCfxazGCd0

"I just pinch myself and [ask], 'Is this really happening,'' said Elizabeth Dodge. "Because so many things had to fall into place for this to ever happen."

The 6A Division I state championship is scheduled to kick off at 7 p.m. on Saturday, Jan. 16, in Arlington.