The rise of Marco Regalado has been sudden, and his viral TikToks made him the ideal candidate for an assistant recruiting position at Washington State. 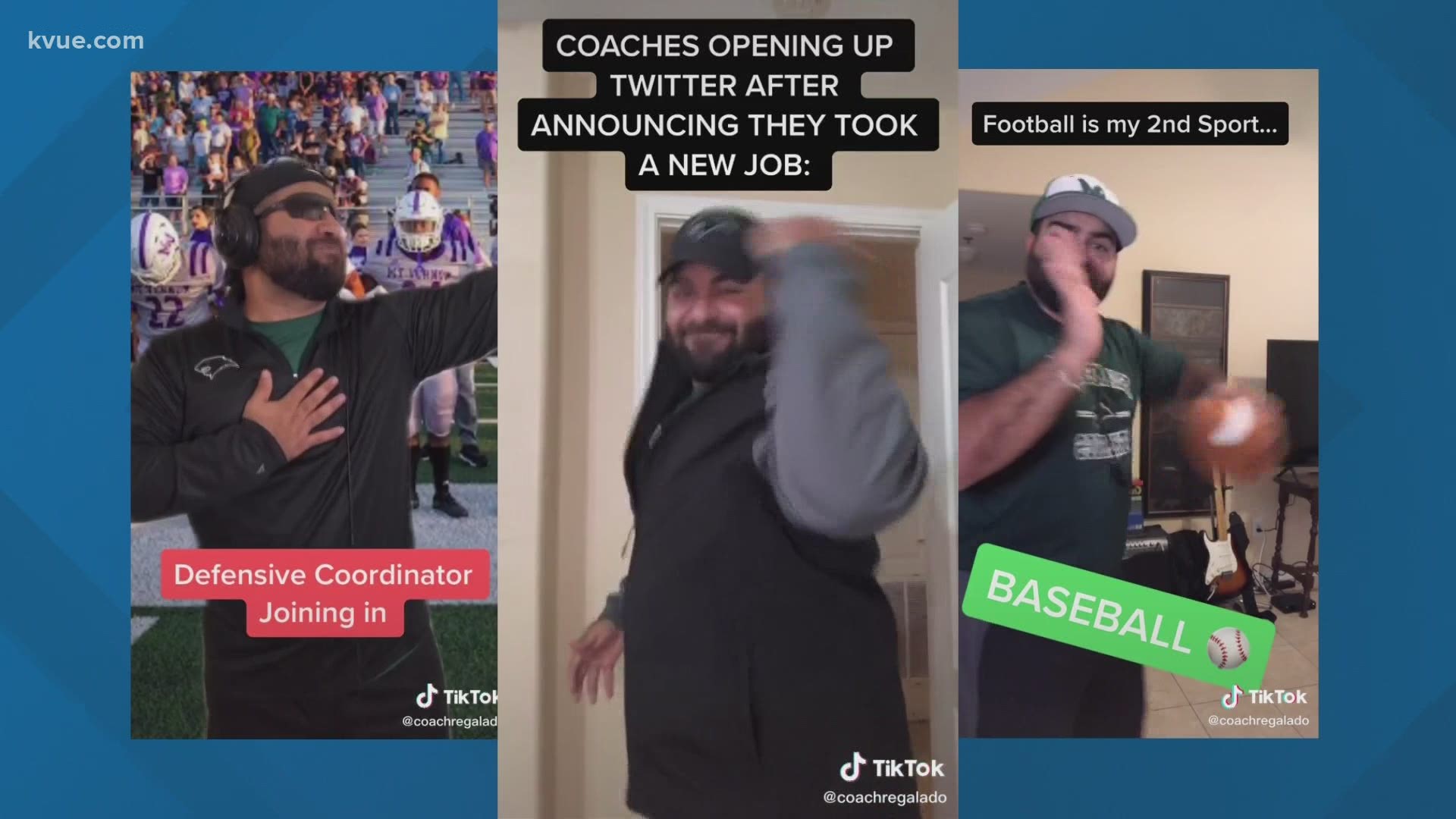 And thanks to viral video after viral video, it's led to a Division I position for 28-year-old Marco Regalado.

The rise of Regalado is a story to which many of us can relate.

“I got bored during quarantine and downloaded the TikTok app,” he said.

It's also a story even he didn't see coming.

"I really didn’t think it would take off like it did," he added. "I had no intention of it taking off like it did. It was just something I did for my family, for my close circle of friends and coworkers. I thought they’d think it was funny.”

When COVID-19 threatened to take the season away, he provided some much-needed comedic relief.

Regalado's social media stardom was actually years in the making.

He told KVUE that this is what happens when you cross a former athlete with a former actor.

“That’s something that was kind of important to my parents. They wanted me to be a Renaissance man,” Regalado said.

When he was in high school, the 200-pound offensive lineman went to a theatre camp at Texas State.

“It was just fun to portray other characters and make people feel certain things,” Regalado said of his acting career.

The camp convinced him to go to Texas State. He'd later attempt to walk on to the football team.

“I tried out for the Texas State football team like twice. Wasn’t tall enough, just didn’t make it,” he said.

So with the biggest stage of football and eventually the big stage of Broadway off the table, Marco soon found himself combining both his passions as a coach.

After just one season in the Dallas area, Washington State came calling with its assistant recruiting position open for the taking.

Regalado picked up the phone to accept, and then to create one last video for his Texas-sized following.

The content coach is content with his journey and ready to record the next chapter at the Division 1 level.

“I’m kind of a different individual, but I take a lot of pride in that,” Regalado said.