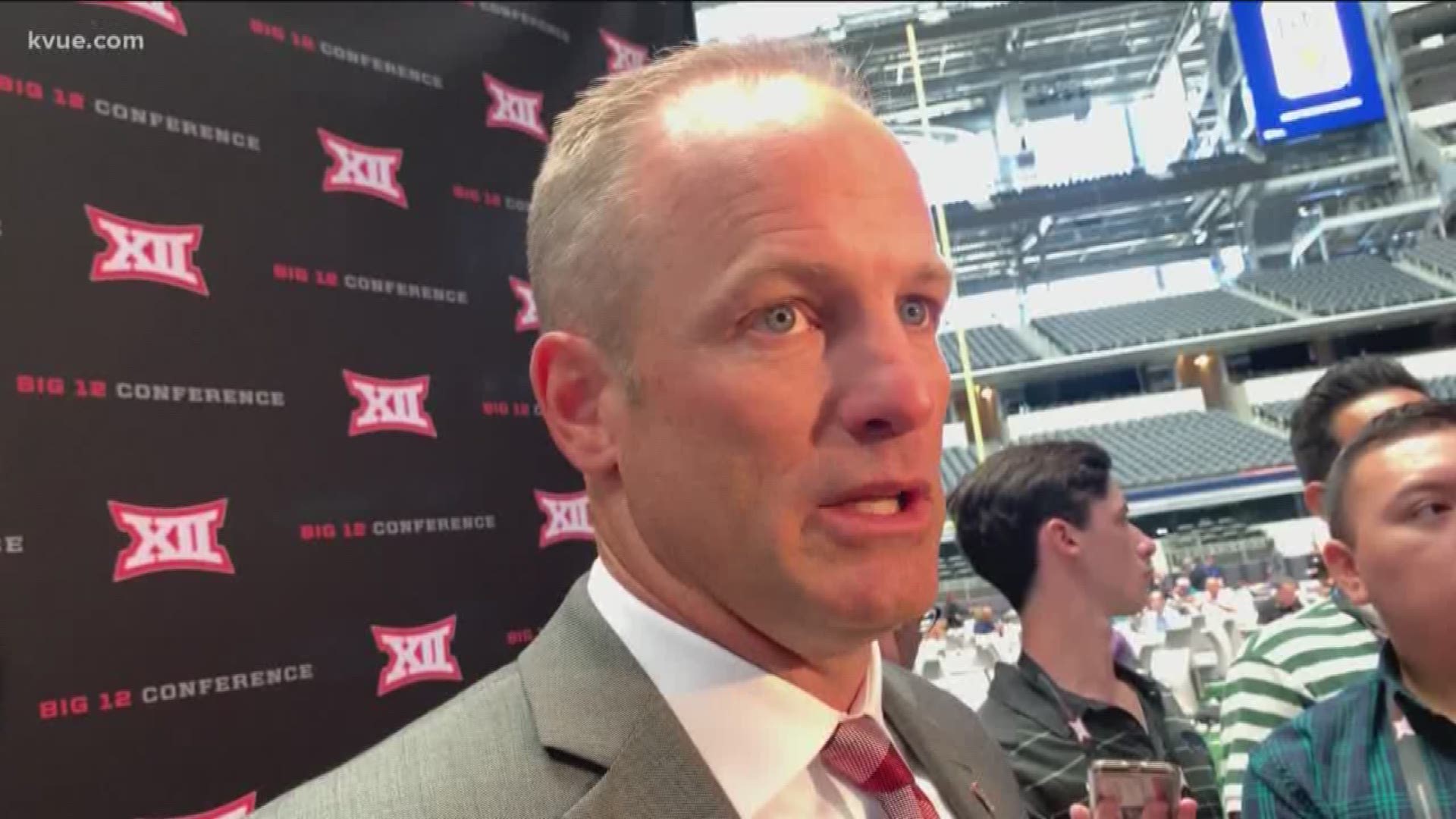 Editor's note: The attached video is related to a similar story published in July.

THE TEXAS TRIBUNE – Texas Tech University football coach Matt Wells is pushing back on a lawsuit alleging he failed to investigate a player accused of repeated sexual assaults at Utah State University while Wells served as coach there.

Wells, who joined Tech last year, is not named as a defendant in the federal lawsuit, which was filed Nov. 1 against Utah State. Wells was Utah State's head football coach from 2013 to 2018.

"While I followed all Utah State procedures, I am deeply saddened for the hurt suffered by these women," Wells said in a statement Friday. He added that it was another university office's responsibility to look into the accusations and that it would have been "completely wrong for me to have done so."

The lawsuit, first reported on by the Deseret News in Salt Lake City and by the Daily Beast, alleges Utah State did not investigate multiple complaints about the player Torrey Green, who was found guilty in January of sexually assaulting six women, including the one who filed the federal lawsuit. Green is now serving a prison sentence of at least 26 years.

The lawsuit was filed by a woman who attended Utah State and says she was raped by Green in August 2015. The complaint indicates at least three other female students had already been assaulted by Green, and at least one had reported it to the university, before she was attacked.

"As a consequence of Utah State's inaction and deliberate indifference, Green's pattern of sexual assaults continued," the lawsuit says, and the plaintiff was "eventually sexually assaulted and raped." The Texas Tribune does not typically name sexual assault victims.

The plaintiff told the university about her assault in October 2016.

Two other women Green was convicted of assaulting have also sued Utah State, according to media reports.

Between 2013 and 2015, at least four reports alleging sexual assault committed by Green were sent to the university, including to its Title IX office, which enforces nondiscrimination and sexual misconduct policies, according to the lawsuit.

He was “never disciplined, was never removed from campus ... and was permitted to graduate in May of 2016,” the lawsuit says. He signed an NFL contract with the Atlanta Falcons in April of that year but was released when the assault allegations came to light, according to the lawsuit.

Wells said in his statement that Green "had already finished his senior [football] season in 2015" before he attended the meeting with Green.

"I am well aware that I have a responsibility to report any possible Title IX issues," Wells said, referring to the federal gender-equity law. "It is the Title IX Office’s responsibility to investigate an allegation, so it would have been completely wrong for me to have done so."

Texas Tech University officials did not immediately respond to a request for comment.

A Utah State spokesperson also did not immediately respond to a request for comment. But in a statement issued to other news organizations, the university both admitted to mistakes and cast doubt on the merits of the lawsuit.

“USU has publicly acknowledged it fell short in several ways in addressing sexual assaults on campus in the Torrey Green case, and we are continuing to address those university-wide systemic problems. … This lawsuit, however, as filed, relies on countless incorrect assumptions, misrepresents how universities are able to address sexual assaults, and contains a number of outright factual errors and multiple timeline errors," the university told other media outlets.

Utah State initiated a third-party investigation into how it handled sexual violence reports that found “egregious flaws” stemming, in part, from inadequate policies and employee training, the lawsuit says. The university said in 2016 it would make changes based on the inquiry's recommendations.

Disclosure: Texas Tech University has been a financial supporter of The Texas Tribune, a nonprofit, nonpartisan news organization that is funded in part by donations from members, foundations and corporate sponsors. Financial supporters play no role in the Tribune's journalism. Find a complete list of them here.