Communication and innovation: Texas School for the Deaf reflects on winning $10K grant

A few weeks ago, Texas School for the Deaf won a $10,000 grant for their contributions to the game of football. 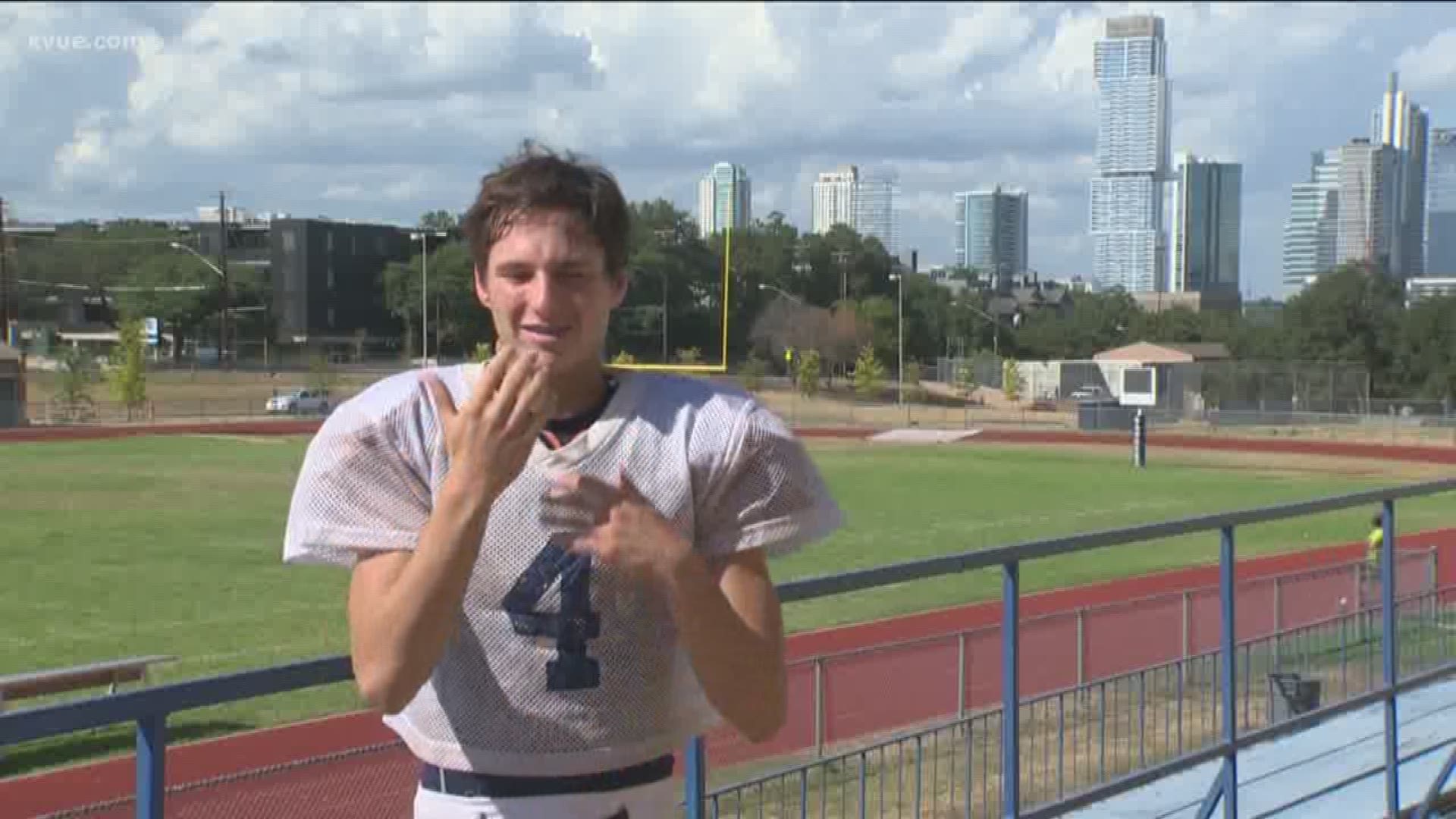 AUSTIN, Texas — Football is a game of communication and innovation.

One local school blends those pillars in a unique way.

"We don't just play for TSD, we also play for the deaf community," junior quarterback Zarek Nathanson said through an interpreter.

While some teams innovate by drumming up new play designs, the Rangers innovate with an actual drum.

"Because we're a deaf team, we can't hear, so if we use signals like a leg stop or an arm movement, it will then delay the play and we won't move in sync. With a drum, we all move faster," Nathanson said.

TSD plays and cheers to the beat of its own drummer

For their innovative approach, a few weeks ago, TSD won a $10,000 Riddell grant – and received a special message from Peyton Manning.

For Head Coach John Moore Jr., he said the ability for his players to express themselves through playing sports is vital.

"It's a way of connecting with each other," Coach Moore said. "They're in school all day, but when they come here they feel a sense of brotherhood, belonging."