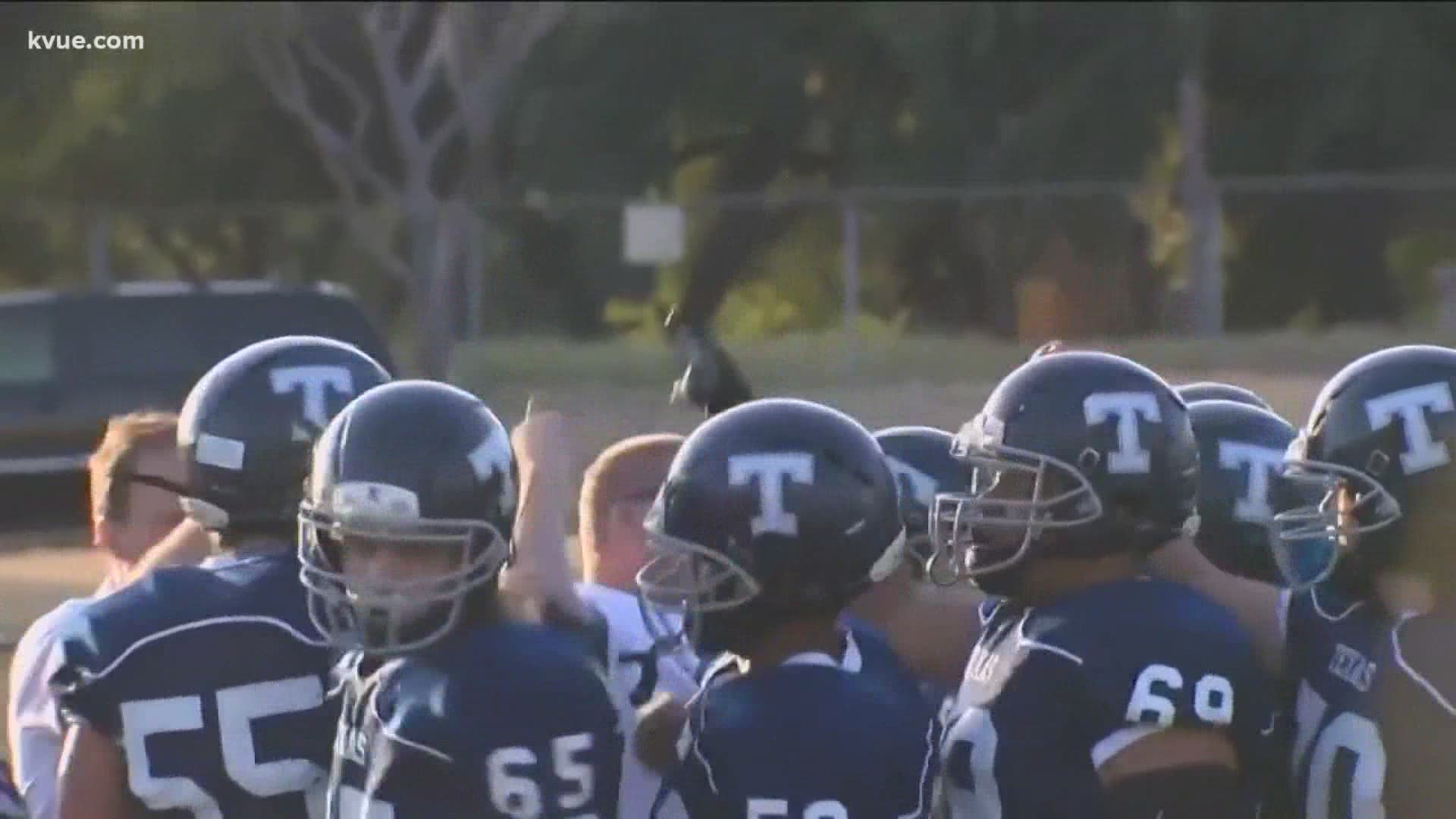 AUSTIN, Texas — The Texas School for the Deaf (TSD) football team, with a 6-3 record going into the TAPPS state championship game, won its first state football title, according to a report from KVUE's news partners at the Austin American-Statesman.

“To win a state championship would be huge,” John Moore, TSD’s football and basketball coach, told the Statesman. “To win during a season like this, where every single football program in the country has been affected by COVID-19, would be outstanding. Knowing our boys put in the extra work on the field and off-the-field to stay safe really makes my staff and I proud.”

The TSD moved to six-man play this year due to the coronavirus pandemic, as many students who lived outside of the Austin city limits chose distance learning this fall, which the Statesman reported greatly cut down its football roster.

All players and coaches at TSD are deaf. They use a big drum on the sidelines to help players coordinate their plays.