There have been 25 regionals hosted at Disch Falk Field in the last 40 years. Texas won 17 of those 25, including five in a row from 1981 to 1985. But the eight they lost really stuck in KVUE Sports Director Mike Barnes' mind. Here are some of his memories covering NCAA regionals in Austin over the years. 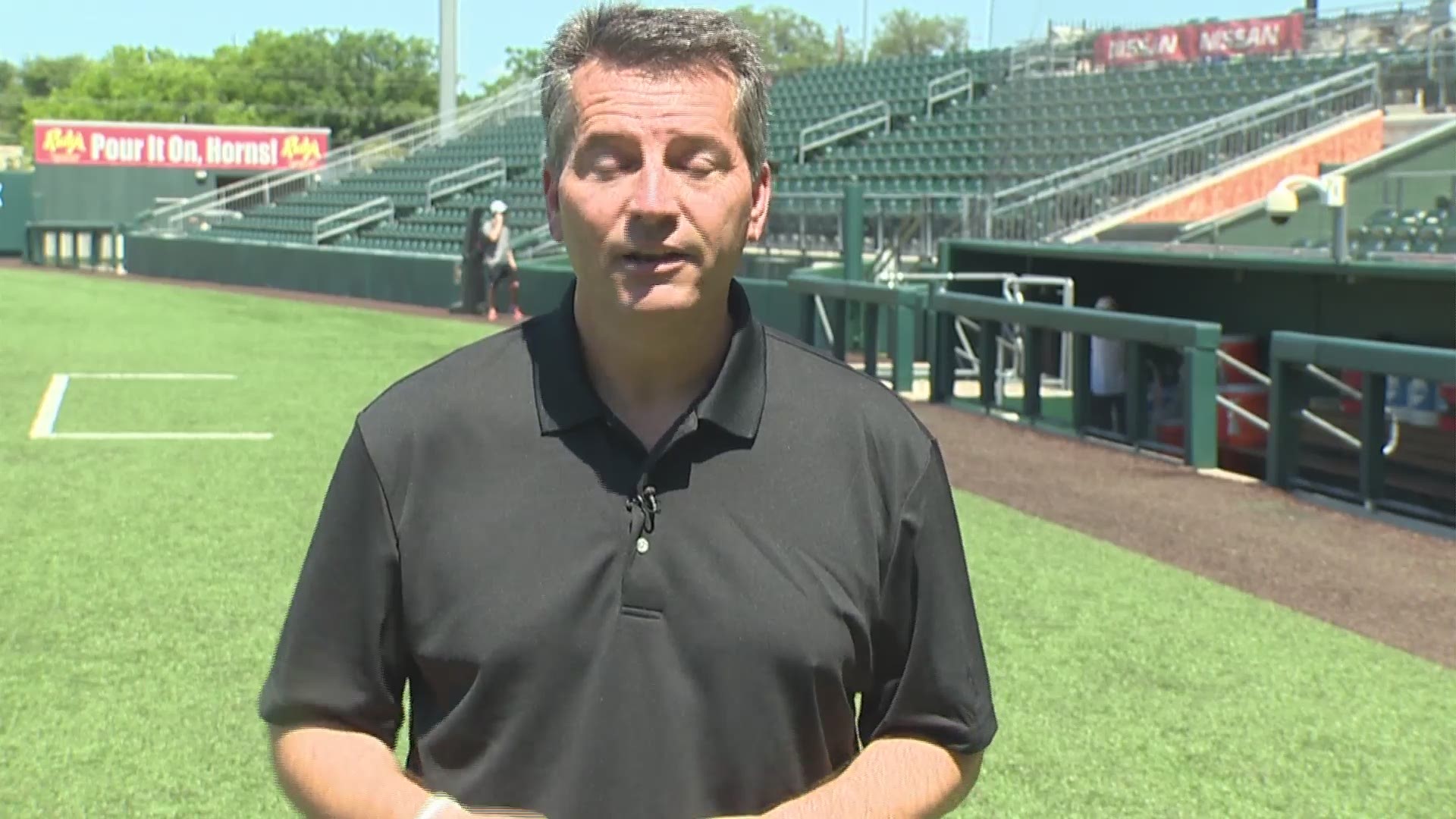 AUSTIN — The NCAA baseball regionals are back in Austin and that brings back lots of memories for KVUE Sports Director Mike Barnes.

Barnes has covered UT baseball since the 1990 season and watched the Longhorns for years before that.

'Will the Longhorns host a NCAA regional?' UT's RPI ranking is key.

There have been 25 regionals hosted at Disch Falk Field in the last 40 years. Texas won 17 of those 25, including five in a row from 1981 to 1985. But the eight they lost really stuck in Barnes' mind. He was going to get to cover Texas in Omaha in 1990 had the Longhorns qualified for the College World Series, but Cal State Fullerton beat them in the regional.

After back-to-back second place finishes in the College World Series in 1984 and 1985, the third time wasn’t the charm for the Longhorns in 1986. Greg Swindell’s last season at Texas ended in disappointment with Arizona taking the Austin regional and the Wildcats went on to win the national title. Cal-Berkeley and Jeff Kent won the Austin regional in 1988, and Oklahoma topped the hosting Longhorns in 1994.

Regionals are always a little different: hot, crowded and full of excitement, even though there are times when Texas has to be "the visiting team." Even though the games are played in Austin, the Longhorns sometimes play the visitor role and have to switch to the visiting team’s dugout. This used to often happen in the last game of the regional when Texas clinched a trip to Omaha. The team would run out of the old first base dugout and celebrate on the field. The first base dugout is now the home dugout, so the Longhorns may find themselves on Sunday or Monday back in their old third base dugout stomping grounds.

Barnes has done lots of regional stories and live shots through the years. Back during the triple-header days during the late 1980s and early 1990s, it was baseball all day long the first two days. There was lots to talk about early in the tournament and even more so at the end when Texas won trips to Omaha or the Super Regional.

We will find out Sunday or Monday if there will be any burnt orange celebrations in 2018.