Longhorns have a date with TCU in the semifinals. 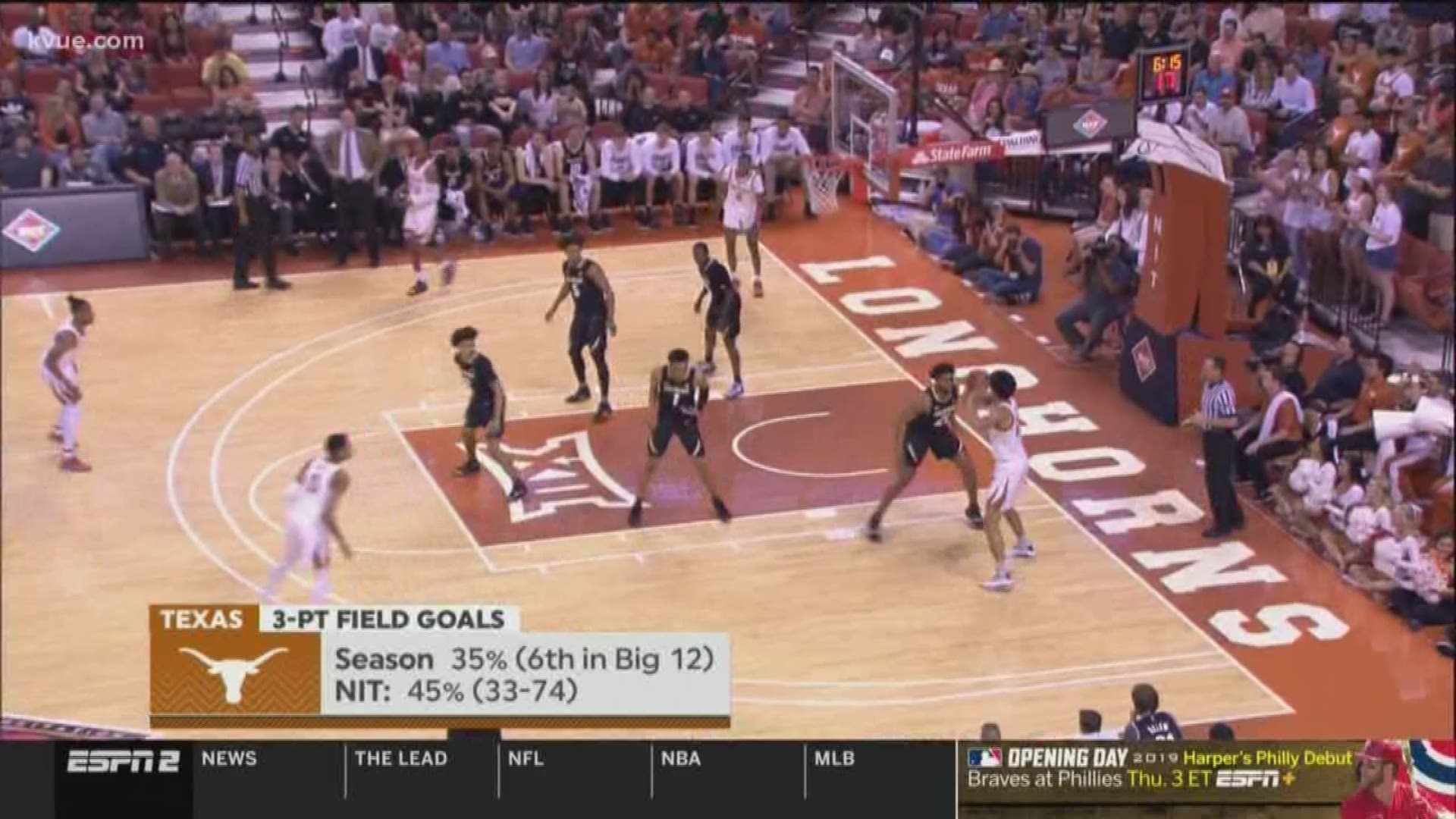 The Texas Longhorns have won their third game in a row in the NIT and that sends them to the Big Apple.

UT dominated Colorado in front of another sparse crowd at the Erwin Center, winning 68-55.

Texas was up by 25 at halftime and the Longhorns coasted to the win, which gets them a ticket to New York City.

The Longhorns play TCU in Madison Square Garden in the NIT semifinals on Tuesday.