Spurs hang on for hard-fought 107-102 victory against Heat 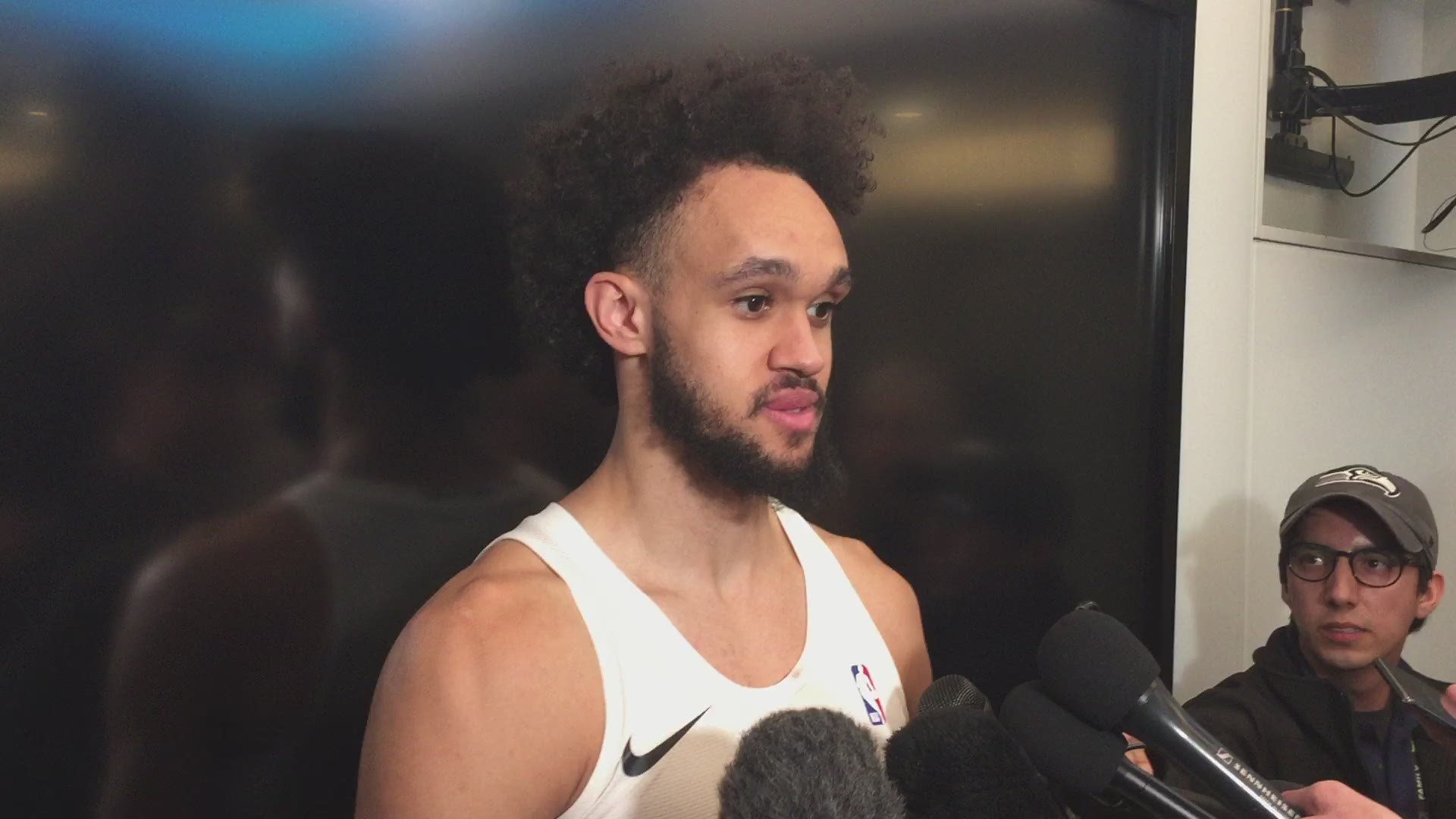 SAN ANTONIO — Still smarting from a gut-wrenching one-point loss to the lowly Atlanta Hawks on Friday night, the Spurs had a different outcome in another nail-biter Sunday afternoon at the AT&T Center.

LaMarcus Aldridge scored 21 points and DeMar DeRozan added 20 as the Silver and Black pulled out a 107-102 win over the Miami Heat and ended a two-game skid.

Kevin Huerter nailed a three-pointer with 6.3 seconds left to complete a 14-point fourth-quarter comeback that lifted Atlanta, which has the second-worst record in the league, to the stunning win.

Sunday's game was the second in five days against the Heat for the Silver and Black, who lost 106-100 in Miami on Wednesday.

"We held them to 18 (points) in the fourth quarter and that was huge," Spurs coach Gregg Popovich said. "We haven't shot the three ball very well the last couple of games. It was a killer against Atlanta. It was the defense in the fourtth quarter (Sunday). A lot of people participated.

"Derrick (White) was outstanding, played a great fourth. A lot of good things out there. It was a good win against a quality team."

The Spurs play Phoenix on Monday and continue a two-game road trip in New Orleans on Wednesday. New Orleans forward Zion Williamson, the No. 1 overall pick in the 2019 NBA Draft, is expected to make his pro debut against the Spurs.

DeRozan had another outstanding performance, but his streak of 13 games with 20+ points, 3+ assists and 50-percent shooting ended. He got his 20 points on 7-of-16 shooting and dished out nine assists. DeRozan also finished with nine rebounds, just barely missing a triple-double for the second game in a row.

"We're fresh off a feeling of letting a game slip away from us,'' DeRozan said. ''Being right back in that position, just kind of understanding how hard we needed to play down the stretch, how hard it was going to be.''

Miami (29-13) outscored San Antonio 30-26 in the third quarter, but the Silver and Black still led by two heading into the final period.

Mills, an Australian, has a mother who is Aboriginal and a father who is from the Torres Strait Islands.

"It was an important night, and it was really important to Patty," Popovich said. "The indigenous people here in Texas are important to all of us, but it is double with him because of his history and background.

"But he did not play like he did because of that. He does that every night. His energy has been there his whole career. It's who he is." 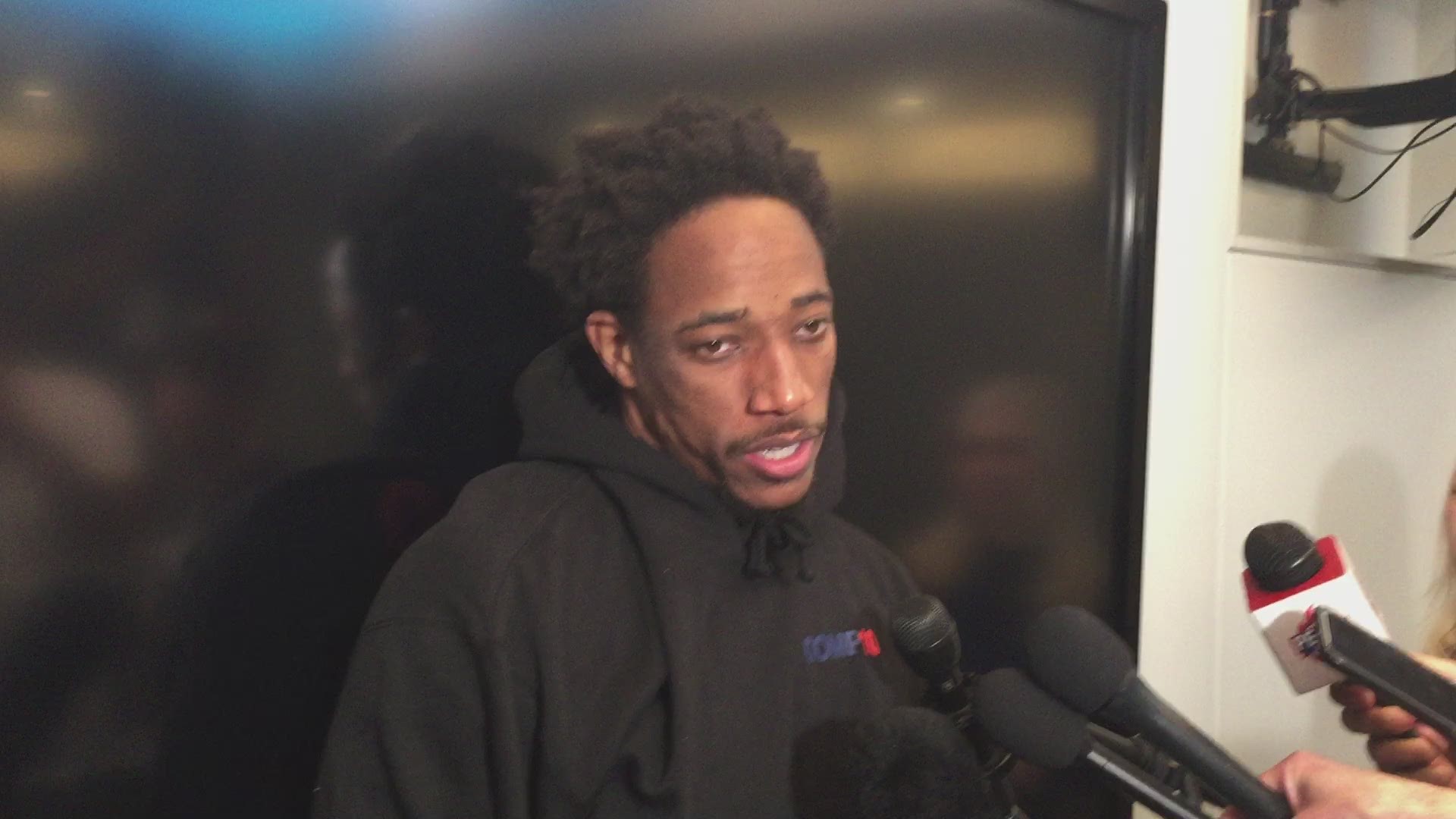 Mills made a spectacular hustle play in the fourth quarter, running down a loose ball and diving out of bounds as he threw it off Miami center Meyers Leonard. The Spurs retained possession and the crowd responded by chanting "Patty, Patty, Patty." The possession ended with Aldridge scoring on a hook shot to pull the Spurs within one, 98-97, with 4:39 left.

"That's him," Popovich said. "He does things that help you win games, but don't show up in the stats or anything like that. He is a fierce, fierce competitor."

Mills, a 6-foot guard, joked about beating Meyers, a 7-footer, for the loose ball.

"I probably looked faster because I had Meyers Leonard trying to run down the ball," Mills said. "But look, we mentioned about winning plays and the determination to make winning plays for the better of the team, and that was just a small example of it.

"But hopefully guys make them throughout the whole season. But the more of that we can have from each other, we're on the right track and we have that in us."

Robinson (12), Butler (10) and Nunn (10) paced the Miami scoring in the first half. Robinson scored all of his points in the opening period, hitting four three-pointers and going 4 of 5 from the field.