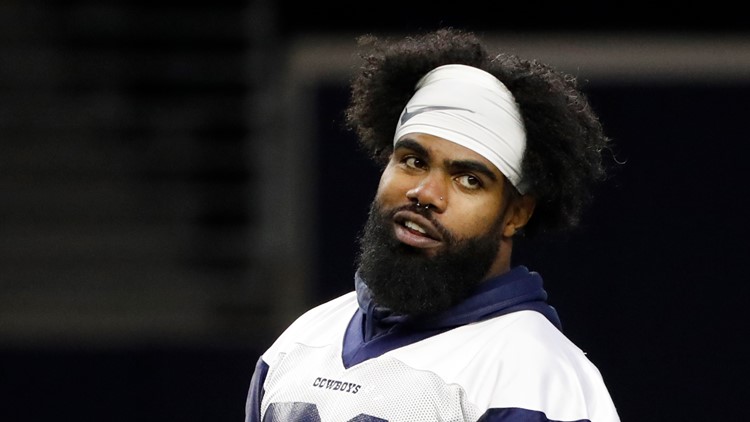 FRISCO, Texas — According to a source close to Ezekiel Elliott, the Cowboys and the organization are "still on schedule" for a deal to come together on a contract over the next 24-36 hours, as they work toward the all-Pro running back being on the field for Sunday's opener against the New York Giants.

By contrast, a front office source maintains that the two sides are "not close", and that "everything" still has to be sorted out, in order to come to an agreement.

Very clearly, someone isn't shooting straight, or is trying to manipulate public opinion.  Why that is remains unclear.  Perhaps an effort to throw the Giants off track in their preparation for Week 1?  We're not sure at this time.

The two sides have spent the last month negotiating over guaranteed money, annual average salary, and more. But as of this weekend, significant progress was made, and the same source close to Elliott says that they have been "dotting i's and crossing t's".

Elliott has been training in Cabo over the course of training camp, as he prepares himself for the 2019 season.  It has always been his intention to play Week 1.

Meanwhile, the team practiced on Monday morning without him, as Tony Pollard and Alfred Morris continue to work with the first team in Elliott's absence.