The match is scheduled for Thursday, Oct. 7. 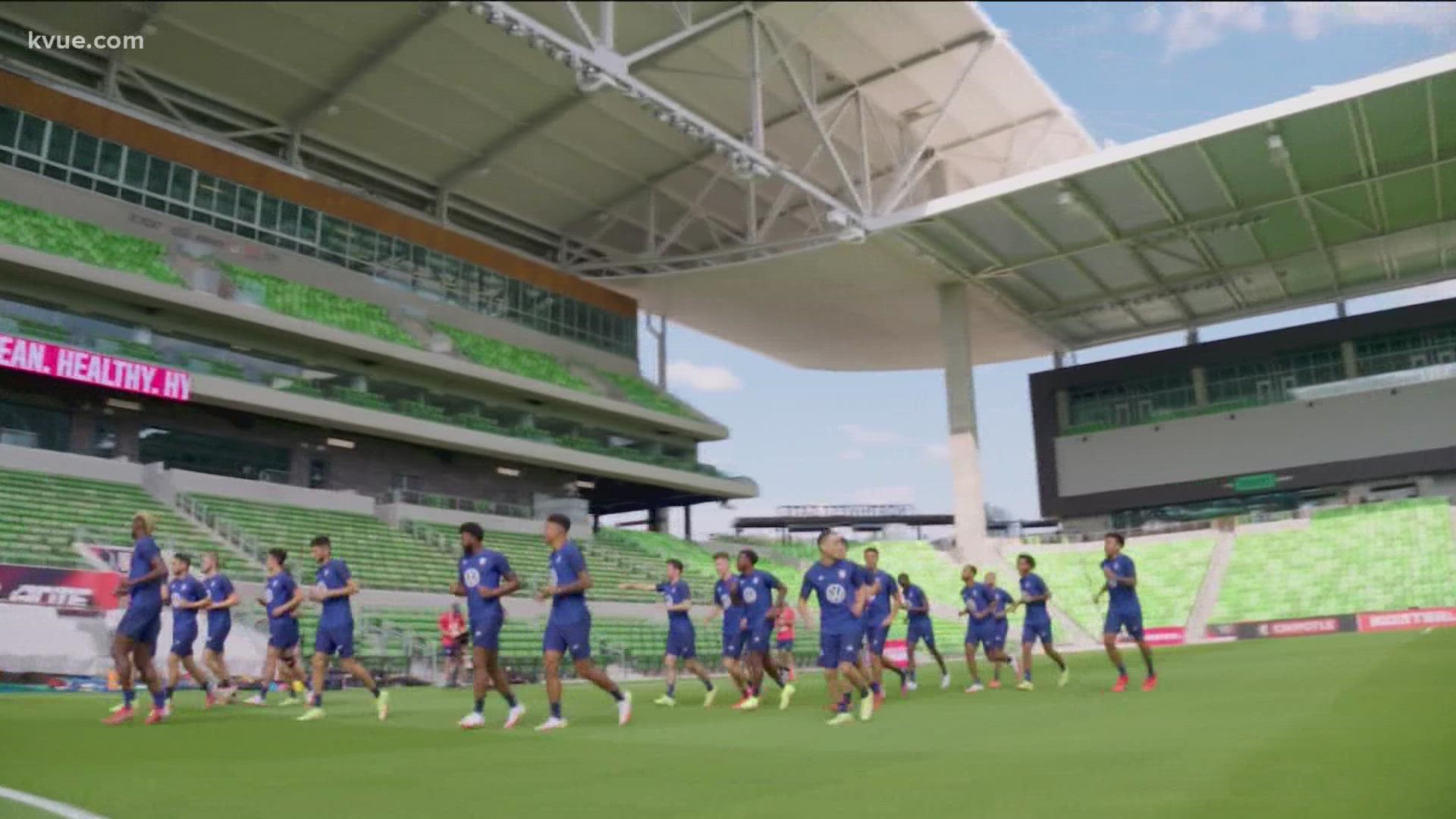 AUSTIN, Texas — The U.S. men's soccer team is again playing in Austin at Q2 Stadium this week. And this time, the U.S. Men's National Team is taking on Jamaica for the World Cup qualifying match.

USMNT plays Jamaica Thursday, Oct. 7. The Oct. 7 match will be the first time the U.S. Men’s National Team plays a World Cup Qualifier in the state of Texas.

This comes after the U.S. Women’s National Team played the first match in Q2 Stadium history in July, defeating Nigeria, 2-0, and advancing to the Gold Cup final.

USA vs. Jamaica: Teams train in Austin ahead of World Cup qualifying match

1 / 9
John Gusky
USA is taking on Jamaica at Q2 Stadium for the World Cup qualifying match. These photos were taken at the Austin FC training facility.

Kickoff time for the game at Q2 Stadium is 6:30 p.m. CT. Tickets start at $66 and can be purchased through Ticketmaster.