Match made in heaven: Schoenfeld, Dahlkemper reunited in Austin ahead of Wednesday's Olympic tune-up

Austin FC forward Aaron Schoenfeld will get to watch his wife, USWNT defender Abby Dahlkemper, play in person for the first time since they were married in January. 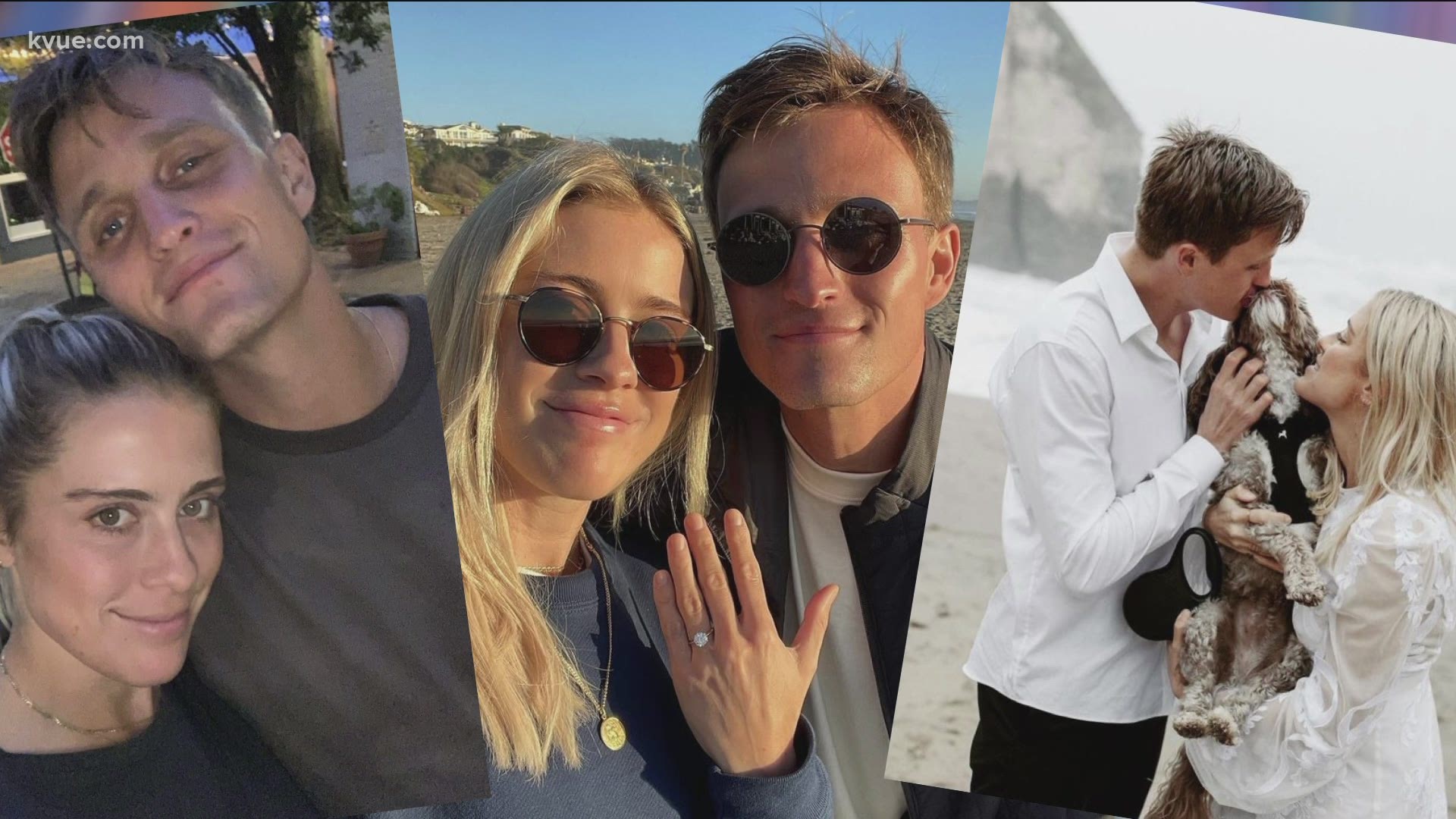 AUSTIN, Texas — Many people have said the U.S. Women's National Team coming to Austin is a match made in heaven. They're right in more ways than one.

Not only does Austin love women's soccer, but an Austin FC player loves someone on the Women's National Team.

Forward Aaron Schoenfeld married defender Abby Dahlkemper at the start of this year, and Wednesday's match at Q2 Stadium will be his first chance to watch her play in person since.

Aaron's been here in Central Texas with Austin FC, and Abby in Europe playing for Manchester City.

"It was so hard being married and then being like, 'OK, see you in five months,'" Dahlkemper said.

"Definitely not easy having multiple time changes apart," Schoenfeld added. "When she was going to bed, it's the middle of the day for me and you're left by yourself."

Abby and Aaron said they met through mutual friends, initially following each other on Instagram, eventually moving to FaceTime, and then traveling to visit each other.

"Love took over from there," Schoenfeld said.

While the two may play opposite positions on the soccer pitch, they say they're very similar off the field.

"It's kind of weird if you're ever around us," Schoenfeld said. "We're the same exact person – same personalities, same mannerisms, same everything."

"At the core of it all, we're just best friends," Dahlkemper said.

Wednesday's exhibition against Nigeria will be a reunion for Dahlkemper and Schoenfeld. Both say they've been counting down the days.

"When you find your soulmate or the person you're supposed to end up with, life is just so easy with her. It's made me a better man and I've learned to love deeper," Schoenfeld said.