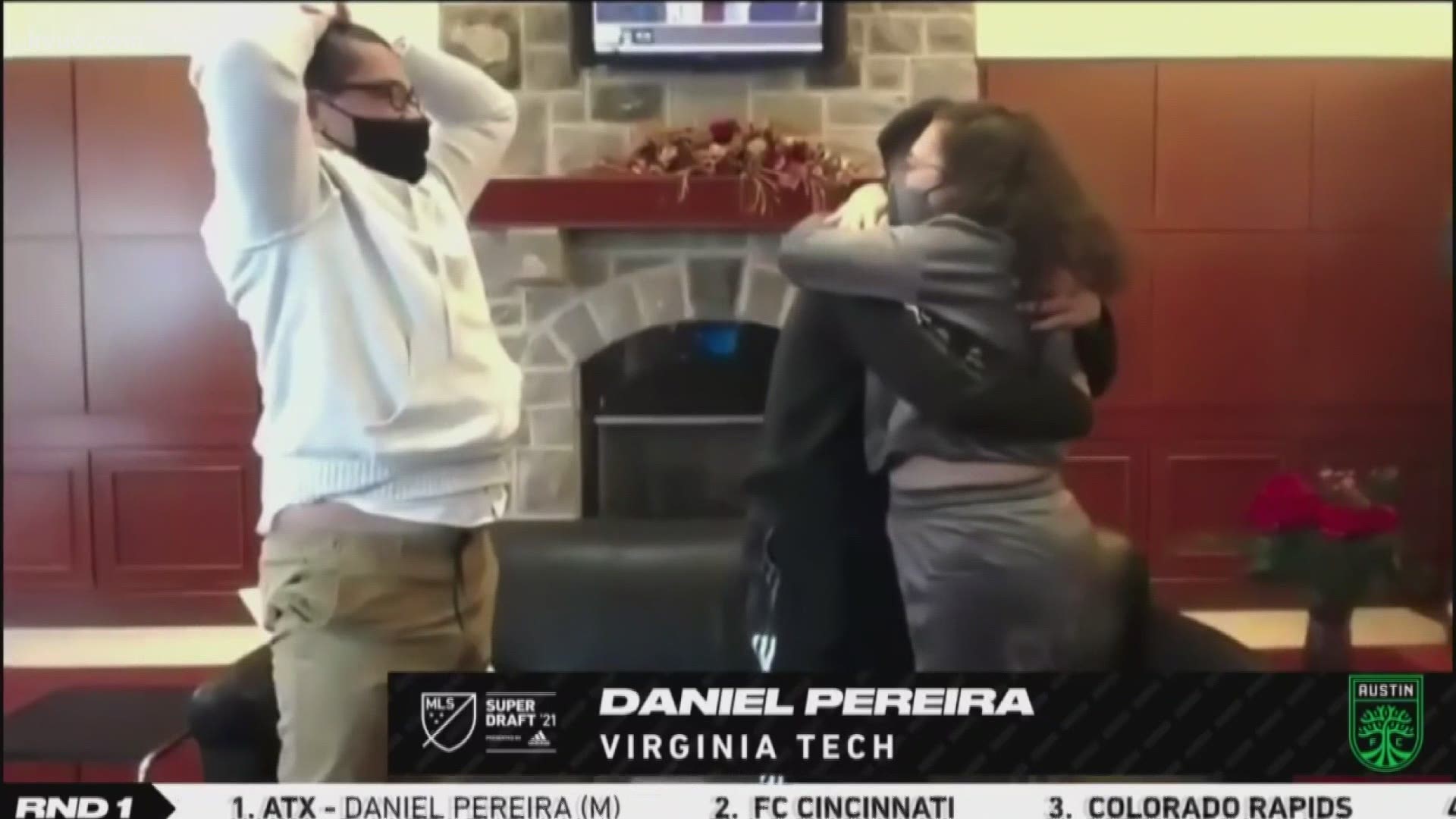 AUSTIN, Texas — On Jan. 21, Austin FC made its picks for the club's first-ever MLS SuperDraft ahead of its inaugural season in the league.

The club has been busy building the roster leading up to the draft, which has featured a handful of signings and picks in the MLS Expansion Draft. The club's latest pickup was U.S. Men's National Team defender Matt Besler.

As the league's expansion team in 2021, Austin FC had the No. 1 overall pick – and the first pick in subsequent rounds – but also had an extra first-round pick (No. 11 overall) garnered from a trade with the Montreal Impact.

Players eligible for selection in MLS SuperDraft 2021 include college seniors, Generation Adidas players (players whose salary do not count against the salary cap for the first three years) and players that have waived their college eligibility by signing to play in a domestic professional league since the conclusion of the 2019 college soccer season.

"He's a real box-to-box midfielder, on the small side, only 5 foot, 8 [inches]," Healy said. "But really skillful and, according to most onlookers, has all the foot skills and skillset required to make the jump from college to pro."

No. 11 overall (via trade with Montreal) – Freddy Kleemann, Washington defender

No. 21 overall (via trade with Colorado) – Aedan Stanley, Duke defender

Austin FC selected midfielder Daniel Pereira with the first overall pick in the 2021 MLS SuperDraft, becoming the club’s first-ever SuperDraft pick. Prior to joining Virginia Tech, the Venezuela native played soccer for Northside High School in Roanoke, Virgina, was named Timesland player of the year as a senior scoring 44 goals and led the team to the Class 3 state final. Pereira and his family emigrated to the U.S. when Pereira was a teenager.

Here was the unveiling of the pick: pic.twitter.com/XpSVOkTshS

"It's an honor and a moment I'll never forget," Pereira said in the MLS SuperDraft stream.

"[Pereira] plays a number of positions in the midfield and he's very comfortable," Wolff said. "We picked up a player that has the ability to come in and play at MLS. He also has some room to grow. He's a very humble and hungry player."

Here's the shape up of Austin FC's roster: