Austin FC kicks off its inaugural MLS season against LAFC on April 17. 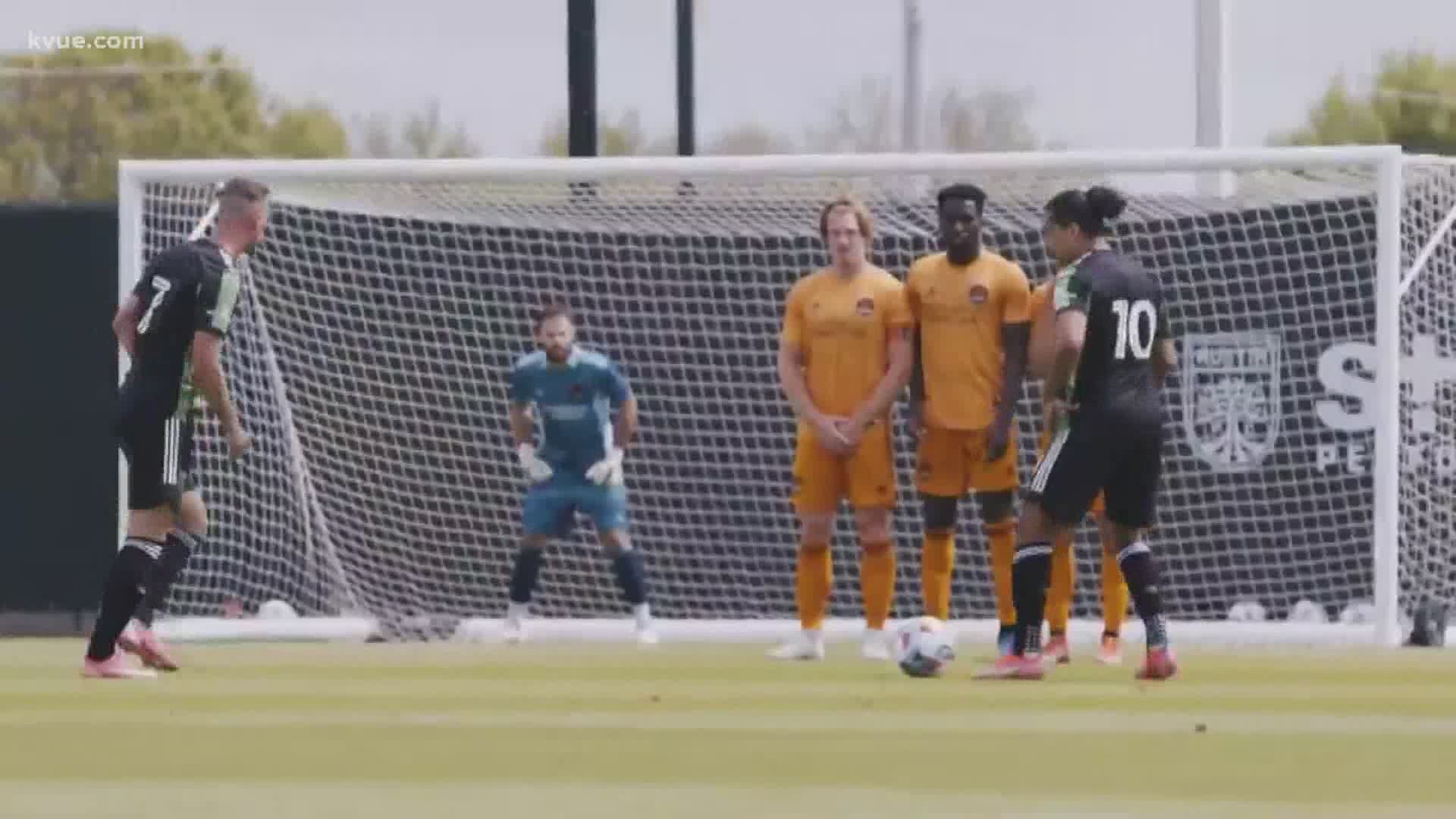 To celebrate, Austin FC Minister of Culture and part-owner Matthew McConaughey – decked out in verde and black – spoke Tuesday, in what seemed to be an RV or airstream, about the club, Q2 Stadium, and what fans can expect from Austin’s inaugural season.

McConaughey said he got into ownership because he wanted to be more than just a "mascot." McConaughey highlighted Austin's soccer viewership prior to the club being announced. He said Austin was a soccer city long before the MLS club came to town.

"We’re less than a week out. Here we go. We understand it’s Verde, it's listos but now it’s live," he said with a big clap and a smile. "Woo hoo! I just got some chills saying that."

"We understand it's Verde, it's Listos , but now it's LIVE!"

The moment Matthew McConaughey gave himself chills talking about the #AustinFC season opener.

According to numbers from Nielsen Market Research, Austin was the No. 1 market for watching the complete World Cup tournament in 2019. Austin received a rating of 2.21, trailed by San Diego at 2.03 and Kansas City at 1.98.

RELATED: Austin was the top market for the World Cup, Nielsen says

McConaughey said the sold-out season ticket membership and waitlist shows that Austin is excited to finally have a team representative to the City to rally around. He said his role as "Minister of Culture," a title he also dons for the University of Texas, entails creating a culture and game-day atmosphere that shows the City's diversity and represents its fan base.

"We're no longer just a music town, a government town, a college town ... We're a very multicultural place, and soccer is that sport that invites everyone," McConaughey added.

HAPPENING NOW: "Minister of Culture" @McConaughey talking @AustinFC , @Q2Stadium and the start of the @MLS season ahead of the season opener against @LAFC. #LISTOS #VERDE #AustinFC pic.twitter.com/pbjv7yMX6l

McConaughey joked that he and his friend, LAFC superfan Will Ferrell, were "at a war of words" and said he planned to engage with Ferrell in some form of friendly wager prior to the season opener.

Before McConaughey's comments Tuesday, the MLS released its first power rankings for the 2021 season. Austin FC was slated at No. 21 out of 27 teams.

Austin FC kicks off its inaugural MLS season against LAFC on April 17. For the latest Austin FC coverage, visit kvue.com/austinfc.