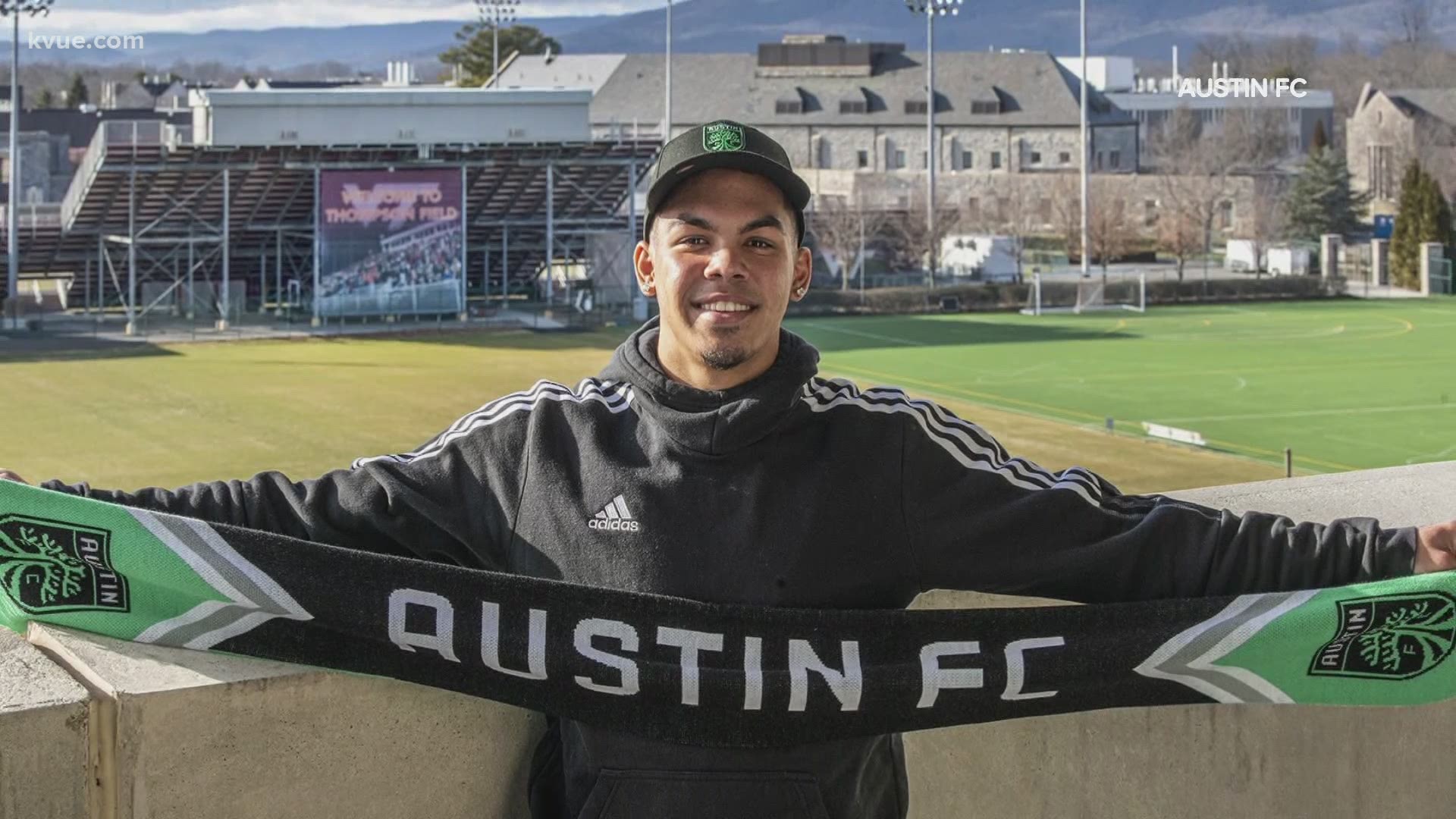 AUSTIN, Texas — A dream came true earlier this week: Danny's dream, which is a story of the American Dream.

Austin FC's first-ever draft pick is the first-ever No. 1 pick from Venezuela.

Daniel Pereira was born and raised in the Venezulan capital city of Caracas. But with his family facing political persecution and the entire country facing food shortages, human rights violations and an economic crisis, they decided to move to the U.S. in search of a better life.

"Venezuela wasn't in a good spot, and my parents knew it was going to get worse," Pereira said. "So we decided to move to the U.S. to look for something better, a better life for me. They pretty much moved here for me."

Pereira was a teenager at the time and didn't know a single word of English.

“We hit the reset button and started over completely. I didn’t really like the idea much at the start because I was leaving my friends behind and the team that I was playing for in Venezuela,” he said.

He had to learn a new language, a new culture and figure out how to make a name for himself on the soccer field.

He said he didn't even know what college was – that is until Virginia Tech head coach Mike Brizendine gave him a call.

"I was just trying to impress upon him two things. One, playing in our league, we produce professionals. And our team was in a really good spot, and I think that would just put even more of a spotlight on him," Brizendine said.

This right here.
What it’s all about.

It didn't take long for that spotlight to come.

All Pereira needed was 26 games at Virginia Tech to make the jump from the ACC to Austin FC.

"His first three to five steps are the quickest – I’ve been at Tech almost 20 years – and it’s the quickest that I’ve ever seen," Brizendine said.

Just six years after moving to the U.S., his dream has become a reality.

"One of the biggest sacrifices my parents have made for me, and I appreciate them for that every day," Pereira said.

"When you see his emotion and his parents’ emotion, you see the journey that’s taken him to today,” Austin FC head coach Josh Wolff said. "That gives us great belief that he's going to now again adapt to a new environment, come in and execute what we're asking."

"Knowing that it’s paying off now is beautiful," Pereira said.