La Murga de Austin is donating any extra proceeds from the member's GoFundMe to nonprofits in both Houston and Austin. 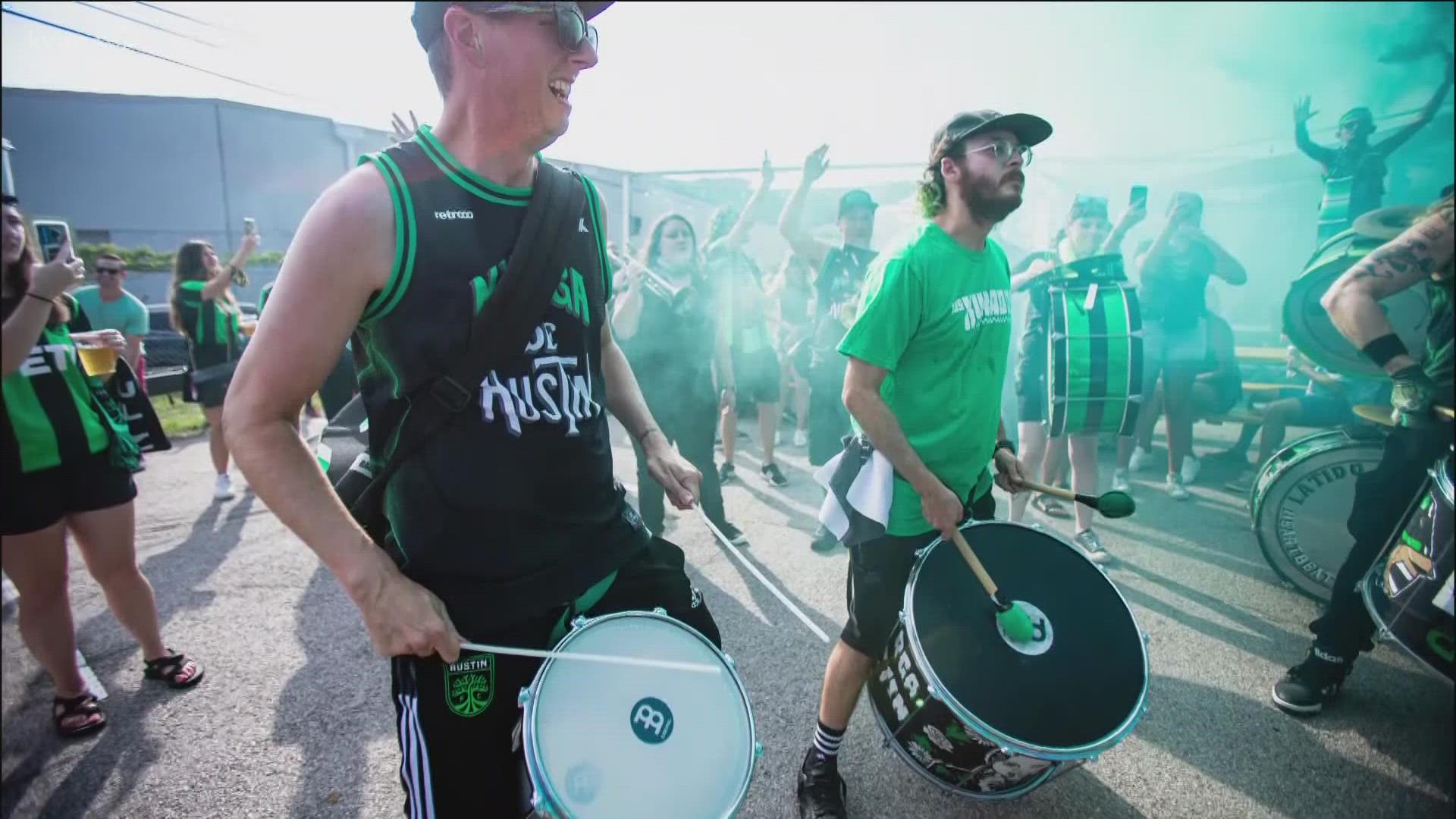 AUSTIN, Texas — Austin FC support band La Murga De Austin is turning an assault on a member at a Houston Dynamo game into a positive.

La Murga de Austin is typically seen at Austin FC games as bringing fun and excitement to matches at Q2 Stadium and on the road.

Mateo Clarke, a bandleader, said the assault on the member happened Saturday as he was leaving the BBVA arena in Houston.

Clarke said the member, who doesn't want to be identified, suffered a concussion, busted lip and other injuries after the attack. He said the member's trumpet was stolen as well.

Clarke created a GoFundMe to help pay for the medical expenses and replace the trumpet.

To his surprise, Houston Dynamo fans started donating to help with the recovery effort. Some of them commented that hate has no place in the game and condemned the violent behavior. Other Austin soccer fan groups pitched in as well.

They reached their initial goal of $2,000 to help the band member but bumped it up to $9,000 to donate the rest of the funds to nonprofits to support musical education for youth as well as pay music educators in both Austin and Houston.

We've passed our initial goal of $2k which means we'll be donating to non-profits that put instruments in the hands of kids and pay music educators for their labor. Please send recommendations for orgs in both Houston & Austin that we can support through y'alls generosity. https://t.co/igEhrzuSJd

Clarke said the goal is to build a healthy rivalry between the two so this won't be an issue for generations to come.

On Wednesday, for the game against LA FC, he added that they'll be playing even louder and coming out of this even stronger – hopefully with some new allies.

Clarke said the assaulted member is recovering but won't be able to play at Wednesday's game.

7.3% of Austin-Travis County deaths between Jan. 1 and Sept. 10 were fully vaccinated people