Additionally, the club will work with the artists to transform their mural designs into merch products, including T-shirts and match-announcement posters. 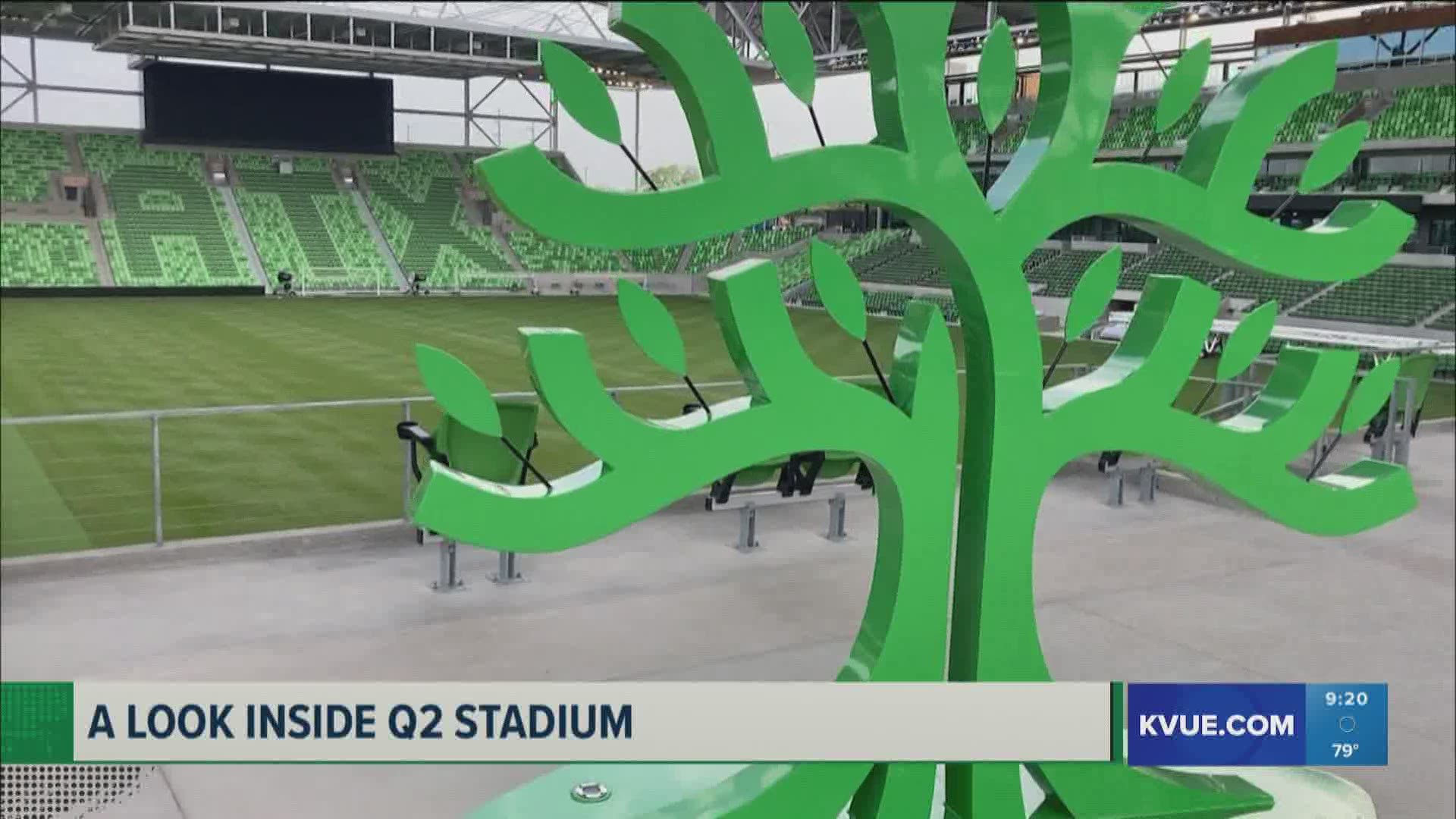 (CultureMap) Austin FC, the city’s Major League Soccer team, and its new Q2 Stadium are making a decade-long investment in Austin artists as part of a creative initiative whose goal is to further anchor the organization in the culture of the community.

On Wednesday, May 12, Austin FC launched its ATXFC Artist’s Initiative platform, which entails the soccer organization commissioning a diverse variety of local artists to create several artistic elements supporting Austin FC programming, including a massive mural that will be displayed at the soccer club’s home venue, Q2 Stadium.

The initiative, which Austin FC representatives say further promotes the club’s Confidence for Creativity social responsibility pillar, will unfold over the course of the next decade, establishing an ongoing effort to support local artwork and bring visibility to the Austin’s artist community. It will augment the work of artists already creating pieces for Q2 Stadium.

As part of the program, each artist (there are currently 13, but Austin FC expects more local artists to get involved) will create an original piece of artwork that will be featured on a 39-by-15-foot wall near the northeast gate at Q2 Stadium. Austin-based Show Boat Mural Works will manage the mural production process.

Additionally, the club will work with the artists to transform their mural designs into merch products, including T-shirts and match-announcement posters, the latter of which will highlight specific artists’ creative takes on each home match for the season.

Austin FC will compensate all artists for their design time, and the list already includes some well-known and well-loved local artists.

“We believe in the passion that Austin’s art community brings to the city," Austin FC says in an announcement about the new artist initiative, “and we want to share that with our fans and the community at large.”

The program is just one of many Austin FC is instituting as it continues to settle into the Capital City. On Tuesday, May 11, the club announced the activation of its Dream Starter competition, an annual business initiative that encourages innovative Austinites from underrepresented groups to compete for $100,000 in startup funds to begin or accelerate an entrepreneurial venture. Applications and more info about the initiative are available online.

Additionally, Austin FC is participating in Major League Soccer’s Soccer for All Week, which kicked off Monday, May 10. The league-wide initiative, which underscores MLS’ commitment to driving positive social change, signifies that everyone is welcome in MLS, regardless of race, color, religion, national origin, gender, gender identity, disability, sexual orientation, or socioeconomic status.

As part of the anti-discrimination initiative, Austin FC’s Soccer For All efforts include a Q2 Stadium Restorative Circle event taking place on Saturday, May 15, as well as a spotlight on Verde Leaders, the free after-school program for low-income teens led by 4ATX Foundation (Austin FC’s nonprofit arm), and the sale of the Austin FC Pride Patch, which benefits the Austin LGBT Chamber of Commerce’s Education Fund.

It's official! Alcohol to-go becomes a permanent thing in Texas