Garber said the way that Q2 Stadium was built will bring people to the sport even if they've never been to a soccer match. 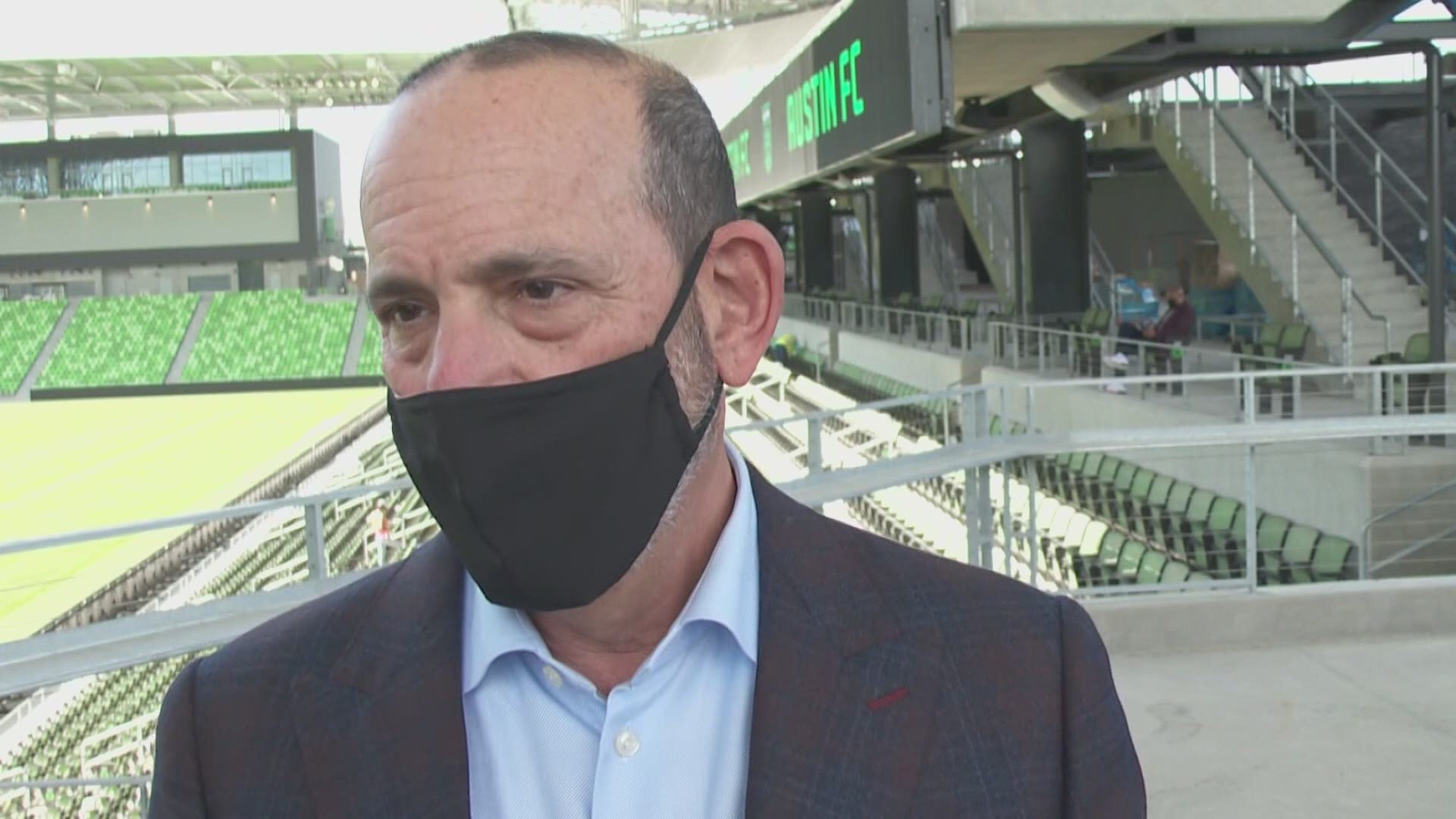 Garber told the media he could tell how much time and effort went into every detail of Q2 Stadium.

"I think when you're in Texas, you think of everything being big and I think what you're going to see here is this environment is going to be so intimate and it's going to rock," Garber said.

The league commissioner told KVUE he thinks the stadium's location in North Austin – rather than being located in the downtown area – will be positive for the club. Garber also said that the way the stadium was built will draw people to soccer matches, even if they've never been to one before.

KVUE got the first look behind the scenes of the newly renovated locker room and latest construction updates on Tuesday.

Austin FC will open its season on April 17 against LAFC. For a look at the full 2021 schedule, click here.