Here are the latest score updates, news and highlights from the Austin FC vs. LAFC match. 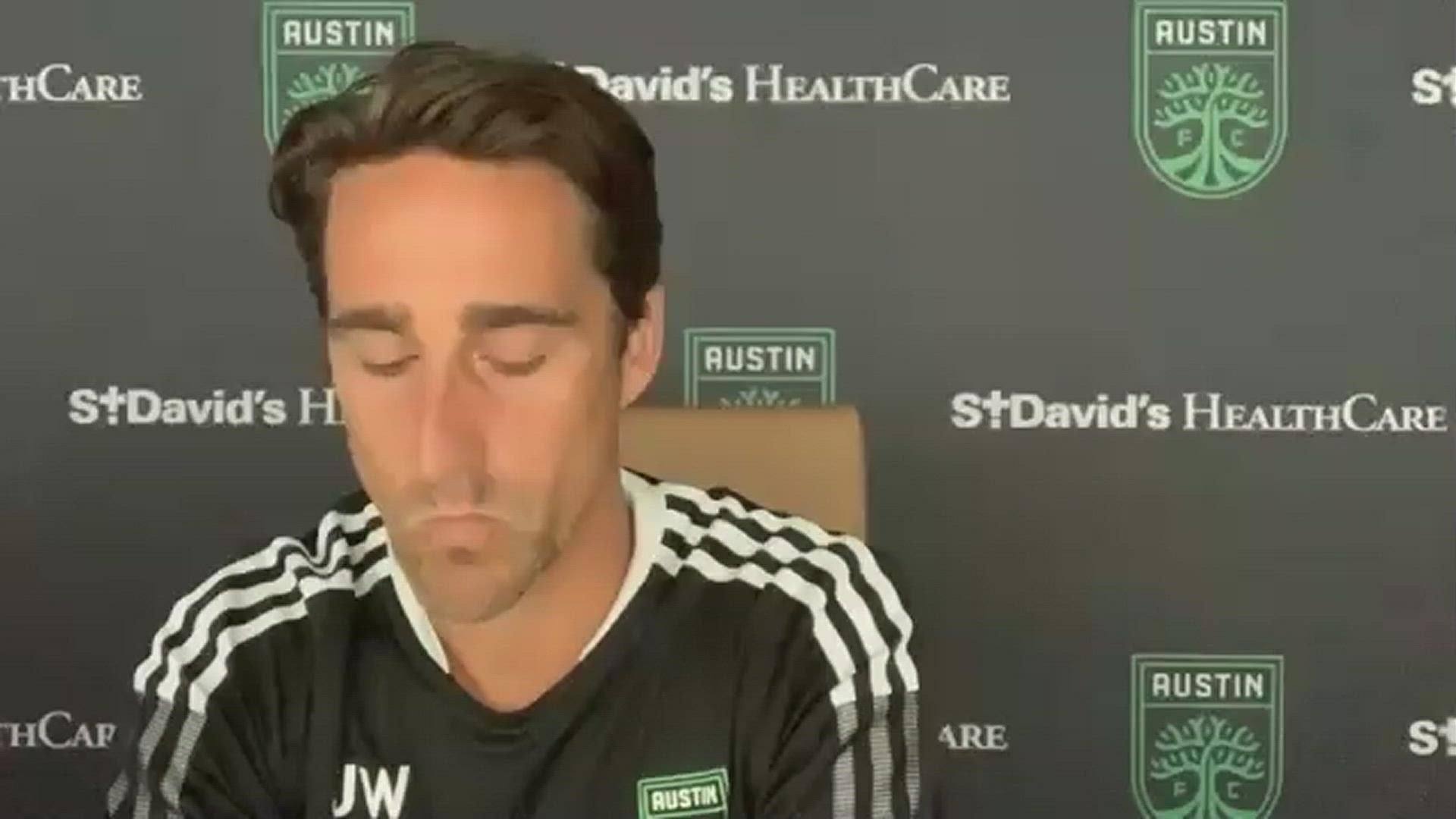 "You saw it tonight, what [Rossi and Vela] are capable of," Matt Besler said of Vela and Rossi's effect on the offense. "It's almost a blueprint for them. Like I said, [LAFC] is a good pressing team. They make it tough in the middle. When they turn the ball over, Rossi and Vela are just waiting up top ... very intelligent players. Unbelievable quality. They both took their chances tonight and that was the difference."

Daniel Pereira left the match in the 34th minute and that's when the tide seemed to turn.

"It was disappointing to lose [Pereira], and hopefully it's not for too long," Wolff said. "It's tough ... and tough for him, as well."

Next up, Austin FC will play an international friendly against Club Tigres over the weekend, and then the club will host Seattle Sounders FC in its next MLS match on July 22.

89': Diego Rossi (Los Angeles Football Club) right-footed shot from the center of the box to the bottom right corner.

Subs for #AustinFC: Redes and Perez come on for Manneh and Stroud to play the wing spots. #VERDE https://t.co/NZ5Tw4YoEz

#LAFC takes a 1-0 lead on #AustinFC at @Q2Stadium #VERDE pic.twitter.com/hbwM8Ar5qa

34' | First #AustinFC substitution of the night.

24': Carlos Vela (Los Angeles Football Club) left footed shot from the center of the box scores, but the goal was disallowed after review of a foul before the shot.

19': Kekuta Manneh (Austin FC) left-footed shot from the left side of the box is saved in the bottom left corner.

That was much closer than I thought from my view in the press box. #AustinFC #VERDE pic.twitter.com/oIRtYVYp4r

12': Héctor Jiménez (Austin FC) right-footed shot from outside the box misses to the left following a corner.

9': Cecilio Domínguez (Austin FC) left-footed shot from outside the box is close, but misses to the right.

3': Daniel Pereira is given a yellow card.

Austin FC announces its starting lineup: Kekuta Manneh starts up top in place for Jon Gallagher, who injured his foot in the last match against the Portland Timbers.

Austin FC and LAFC met in the first match of the season, where the Verde and Black fell 2-0 back in April in Los Angeles.

Austin FC enters the matchup riding the high of an emotional first home win after scoring the club's first goal in Q2 Stadium, which was followed by three others, en route to a 4-1 victory over the Portland Timbers.

LAFC comes to Austin as victors of two of their last three matches, including a 1-0 road win against Real Salt Lake on July 3. LAFC are slated fifth in the Western Conference with 15 points and a 4-4-3 record (win-loss-draw).

In the first match, LAFC tested Austin moments after the opening whistle. Austin FC goalkeeper Brad Stuver was forced to make a diving save 30 seconds into the inaugural match, which was the start to what's been a highlight-reel season thus far for Stuver. LAFC star Carlos Vela also went down and was subbed for early on in the match, and the club was already missing another one of its stars, Diego Rossi, due to injury. Both Rossi and Vela will likely start this time around against Austin. So far this season, Vela has scored only one goal in eight games played, and Rossi has scored three goals in nine games played.

This Austin FC club is not the same one LAFC played in Los Angeles back in April by any stretch. Ben Sweat, Jhohan Romana, Danny Hoesen and Nick Lima all started in that season opener and are battling injuries. The other starters from that match were Stuver, Matt Besler, Daniel Pereira, Rodney Redes, Cecilio Dominguez, Alex Ring and Tomas Pochettino.

Redes has come off the bench in the majority of the games played this season, starting only two other times aside from the LAFC match. From that list, only Stuver, Besler, Pereira, Dominguez, Ring and Pochettino have started in the past two weeks. Basically half of Austin FC's starting lineup is projected to be different than the one that took to the pitch in April.

Wednesday's match provides an opportunity for Austin FC to not only avenge their season opener loss, but gain some ground in the Western Conference playoff race. Austin FC sits in the No. 10 spot in the conference with 13 points. Only the top seven teams from each conference make the MLS Cup playoffs.