In a season of many firsts, Saturday's will be one of the sweetest. 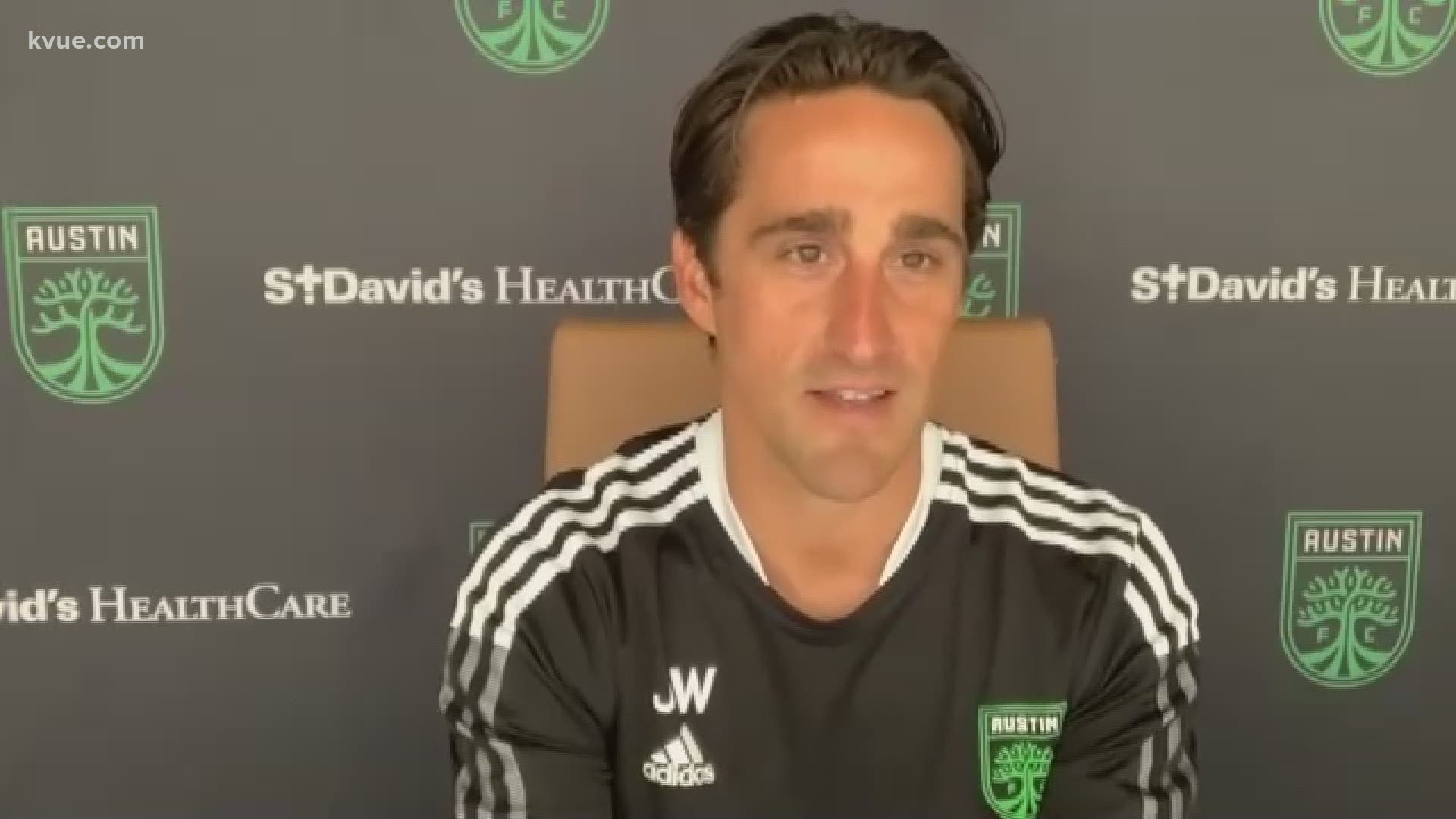 LOS ANGELES — On the eve of Austin FC’s franchise opening match, the California sun set on a sea of green.

Austin FC supporters did their best Pacific Ocean impression on Friday night, as waves of fans descended upon Los Angeles in bright Verde in anticipation for Saturday’s inaugural match.

“We just want to show them that, hey, this is what you can expect anywhere you go in the United States. You will always have Verdes behind you,” Los Verdes member Juan Corona said.

Corona, like many of the supporters, took Friday off work to witness this historic moment in person.

“That passion is just in me,” he said. “A few weeks ago when the schedule was officially announced, that same minute that they said ‘LA FC,’ I was already looking for my flight. [I said], ‘That’s it, we’re going. There’s no way around it. I don’t care if my boss says no. It’s going to be a yes.’”

Corona estimates there will be upwards of 50 Los Verdes members inside Banc of California Stadium to watch Austin FC take on LA FC at 5 p.m. CT, televised nationally on FOX.

"To be part of this moment, to be able to say that I was there with the other Austin FC fans and always have that memory is very important," he said. "That very first one, not a lot of people are going to be able to say, ‘Hey, I was there in LA and I saw them play inside the stadium.’ As the lifelong fan that I plan to be, I had to be there. There was no way I was going to miss this."

Corona is hoping the product on the field shows it can compete with one of the league’s powers.

LA FC is viewed by many pundits as the favorites to hoist the MLS Cup at the end of the year. That, combined with the historic nature of the match, means Austin FC head coach Josh Wolff will look to be especially in tune with his players’ emotions.

“It’ll be exciting; it’ll be nerve-wracking; it’ll be a mix of many emotions, but that’s what the game is,” he said in his final chat with local reporters before the season opener.

The match will not only be Austin FC’s first in franchise history – it’ll be the first in Wolff’s head coaching career.

“I look at the team as we’re going to grow up throughout this year, and I look at myself as someone who’s going to grow up throughout this year,” he said. “There is a noticeable excitement about it and there’s also going to be a nerviness about it, which is also expected. It’s our first game in club history and it is an exciting moment. It’s also about being prepared and staying calm and focusing on what we need to do to go there and have success.”

As for the supporters who have flocked to California to witness the match in person, Wolff said he, along with the rest of the franchise, is grateful for their patience.

In a season that will be filled with firsts, Saturday’s will be one of the sweetest.

“We’re hoping to put a team out there that quenches that thirst that they’ve had,” Wolff said.

For pre- and post-game coverage from Los Angeles, tune into KVUE at 10 p.m. on Friday, along with KVUE Daybreak and KVUE at 5, 6 and 10 p.m. on Saturday.

We made friends on the plane!! #VERDE #AustinFC @KVUE pic.twitter.com/WRSscmSYC7

Eight killed in FedEx mass shooting identified, range in age from 19 to 74