Thousands of Austin FC fans witnessed history on Saturday. Many of them came together to watch the club's first match in large crowds. 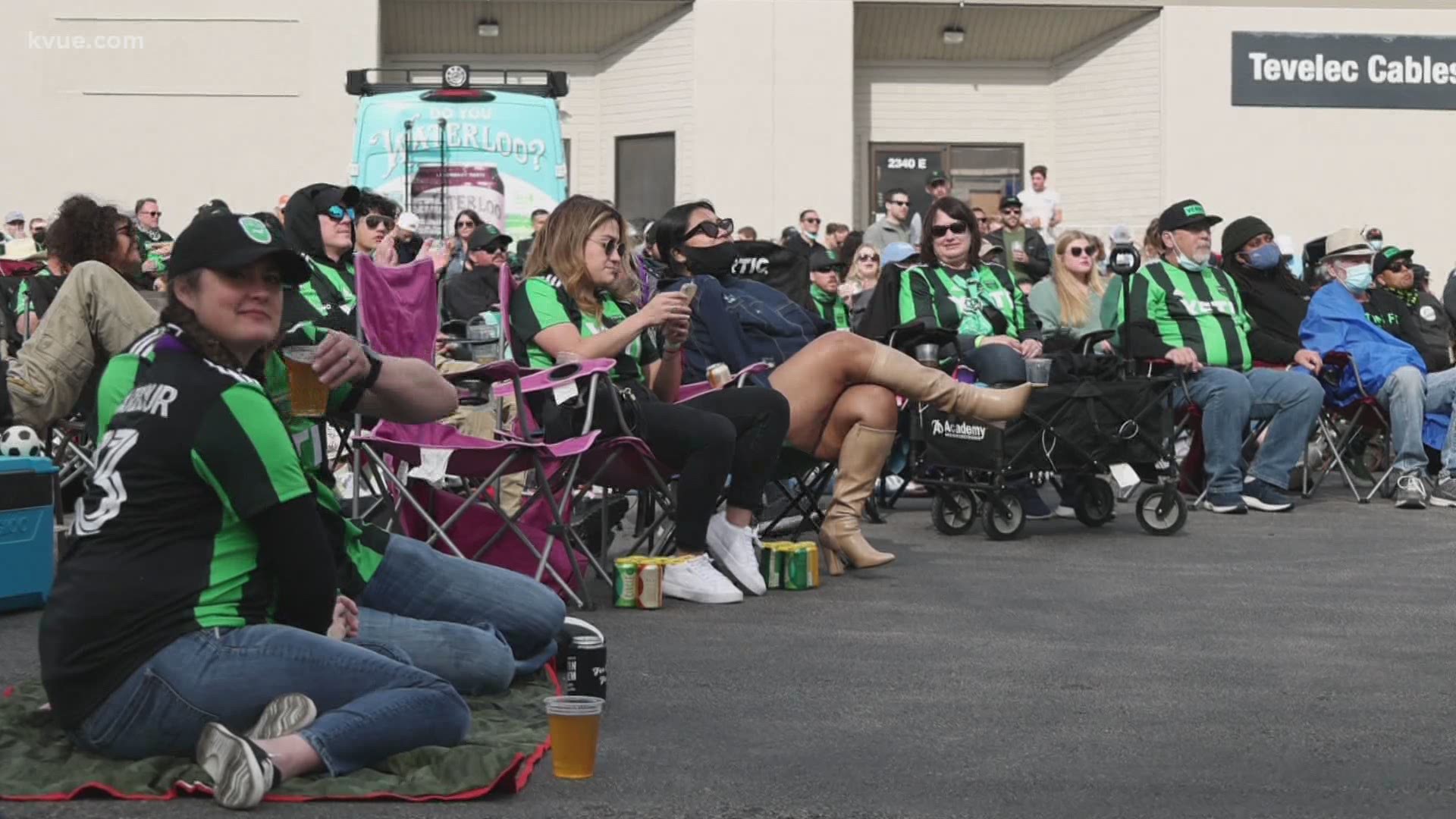 Both breweries are just steps away from Q2 Stadium, where Austin FC will host their first home game in June.

"We actually were relocating our business to Elgin before we found out the stadium was moving in next door to us," Ben Sabel, the president of Circle Brewing, said. "So we decided actually keep our location and turn it into a much larger tap room in anticipation of this day."

People descended on the breweries intent on watching the Austin FC inaugural match. At Hopsquad, fans could watch on a large projector screen. Ahead of the match, the brewery hosted additional food trucks and live music. At Circle, the brewery cleared out the parking lot out front so people could sit and watch the game on a large, mobile TV platform.

"It's a day that we've crossed off in our imaginations for a long time now," Jorge Chavez, who helps run the supporter group, Austin Anthem, said. "The enthusiasm that the fans are showing, I mean, they're here three hours before the game, four hours before the game, just in anticipation. So I think a little bit is of just the release that some of the fellow Austinites just kind of want, to be with other people to have something in common."

As the legend grows, so does the crowd! Less than 30 minutes away! #listos #verde pic.twitter.com/Mj159tpHxZ

As hundreds watched the game in Austin, the crowd was a glimpse of what socializing could look like as the pandemic improves. Both Circle and Hopsquad have seen sales growth in the past few weeks and months as people venture out again.

"I'm cautiously optimistic," Alex Limon, one of the founders at Hopsquad, said. "We've had curveballs thrown at us all year, man. Like I said, this is like grand opening, grand closing. You know, like it was right away. You know, we're just psyched about where we're going."

As business starts to rise again, unemployment in Austin continues to drop. According to WorkForce Solutions for the Capitol Area, the Austin-Round Rock Metro Area unemployment rate dropped from 5.6% to 5.3% between February and March 2021. That remains below both the state and national levels of unemployment: 7.2% and 6.2%, respectively.

"[Sales] have gotten better, definitely," Limon said. "I mean, you're comparing them to, you know, numbers from COVID, you know, so any numbers are good numbers. But yeah, there's a noticeable difference, obviously."

Austin Anthem plans to use Circle Brewing as its home base, according to Chavez, throughout the season. Los Verdes has partnered with Hopsquad for most of the last year, even helping provide and enshrine of the shovels from the groundbreaking of Q2 Stadium in the brewery.

'She was a pillar' | Hester Ford, oldest living American, has died at 116

US, China agree to cooperate on climate crisis with urgency