Hoesen last played in the match against Nashville SC in May. He has been ruled out for the season with a hip injury. 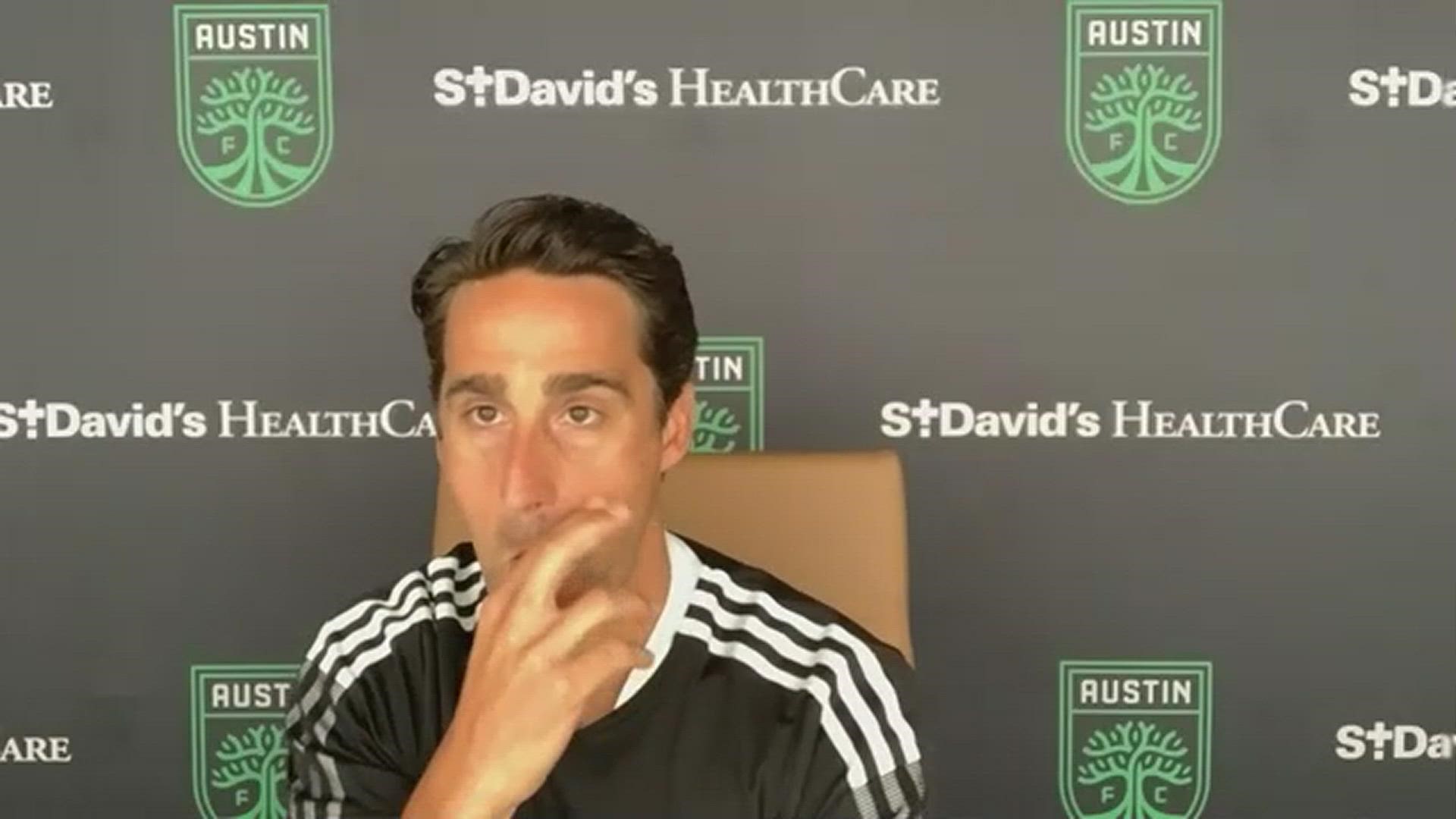 AUSTIN, Texas — Austin FC head coach Josh Wolff said Tuesday that Austin FC forward Danny Hoesen was ruled out for the rest of the season due to a hip injury, but that now may not be the case.

"[Hoesen is] progressing well," Renya said. "He's not definitely out for the season. So, we're still hopeful that he could recover in time for the later games in the year. I think Josh maybe saw it as a coach in the short term ... and for a little bit of time that [Hoesen] is not going to be available. But surgery went well on his hip. Again, he's going to be reevaluated and hopefully there will be some positive news. There is a possibility that he'll be back at the end of the year."

Hoesen was the club's first choice at the striker, or No. 9 position on the field. He started five of Austin FC's first six matches at the top of the attack.

Hoesen was injured in the Nashville SC match after 62 minutes of action, was subbed out, and hasn't been seen on the pitch since. He'll finish the inaugural Austin FC season with five starts, six shots and one assist.

JUST IN: #AustinFC coach Josh Wolff says Danny Hoesen is out for the season with an injured hip. MORE soon on @KVUE #VERDE #LISTOS

Since Hoesen's injury, Wolff has opted as of late to move Cecilio Dominguez from the wing into that striker position. While Dominguez does lead the team in goals, Austin FC has struggled as a club to score as a collective unit. The verde and black have scored only one goal in the last seven matches.

Wolff has acknowledged the club's lack of scoring performance in recent weeks and has admitted that the club is looking to the summer transfer to add a striker or an attacking-minded player to help in the final third.

"We're working on getting a forward," Wolff told the media Tuesday. "I think that's pretty close to being done. That'll be something that is announced relatively soon, hopefully if we can get everything done. We'll see what needs we need after that. We can always use more attacking players. First and foremost, though, is getting a striker."

Hoesen's injury news becomes just the latest domino of an injury-riddled club. Starting left back Ben Sweat tore his ACL in the second match of the season against the Colorado Rapids. Hector Jimenez was out with an MCL sprain against the LA Galaxy before he returned to the bench against San Jose in the home opener. Austin FC fans have not even seen Aaron Schoenfeld or Ulises Segura play due to knee injuries in the preseason.

Wolff did have a small update on Schoenfeld, though, after he dropped the Hoesen news.