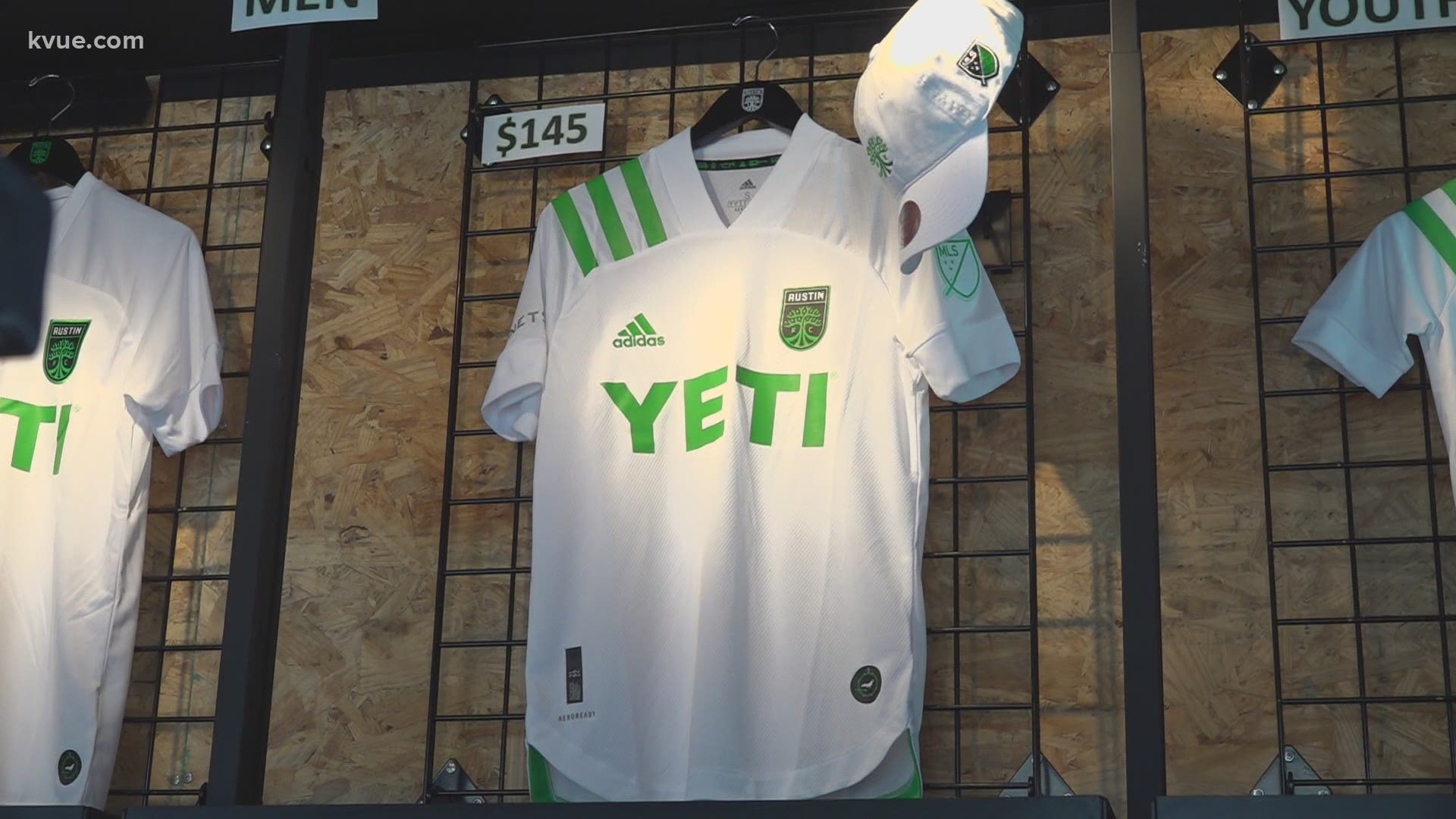 AUSTIN, Texas — "For the legends of yesterday, today and tomorrow."

The club began teasing the jersey in the days leading up to its reveal, scheduled for Jan. 27.

Take a look at the jersey here:

No place becomes legendary on its own.
It’s the people; their stories and passions.
That’s how legends come to be.

“Austin FC’s secondary jersey features design elements exclusively created by Club supporters, and the incorporation of bright verde elements throughout the front and back of the jersey allows the Club to continue establishing a core component of our identity,” commented Andy Loughnane, Austin FC President. “The 2021 secondary jersey will serve as a complement to the record-setting 2021-2022 primary jersey, while being consistent with MLS Clubs who feature a similar adidas EQT design across both the 2020 and 2021 seasons. Austin FC is driven by our fans. In particular, our supporters were instrumental in making this Club a reality. Now that we’re on the threshold of our first season, we honor these supporters as legends with a jersey dedicated to them.”

The "legends jersey" reveal comes nearly two months after Austin FC debuted the club's official jersey, which will be worn by its players. That jersey set an MLS single-day record for inaugural jersey sales.

Austin FC has not officially released a 2021 schedule yet, but the MLS announced Monday that the season would start on April 3.

In a press release, the league announced that clubs would play a 34-match regular season schedule starting on April 3. Preseason training for the clubs is slated to start on Feb. 22, and MLS Decision Day will conclude the season on Nov. 7.

The league's announcement came on the same day as Austin FC's stadium name unveiling. Austin FC's new stadium, Q2 Stadium, will be one of three venues introduced to MLS clubs in 2021, including two new soccer stadiums in Ohio this season for FC Cincinnati and Columbus Crew SC.

Austin FC President Andy Loughnane told the media Monday that Q2 Stadium's construction is slated to be finished by late March to early April. However, he added that the stadium would not be ready to host a home game until potentially early June.

"There are some things happening on ancillary, adjacent private land that are very important to the ecosystem of the stadium. There is private land that is being built on off of Burnet [Road]. There is a traffic signal being installed off of Burnet and a traffic signal being installed off of Braker [Lane]. There is some Q2 signage. There's also some training that has to go on with staff and so, what I'm describing is under any circumstance, I don't anticipate our first MLS match taking place until early June." Loughnane said.

Austin FC officials told KVUE the club plans to play all road matches until the stadium is ready to host a game.

The Legends jersey will be featured on-field throughout the 2021 MLS season. Fans interested in purchasing authentic and replica editions of Austin FC’s Legends jersey in men’s, women’s and youth styles may do so immediately at Verde Van locations throughout Austin, YETI retail stores and YETI.com, MLSStore.com and adidas.com.