Austin FC introduced the "Verde Van," the team's mobile merchandise shop, where fans were able to get the uniform that was unveiled on Nov. 18. 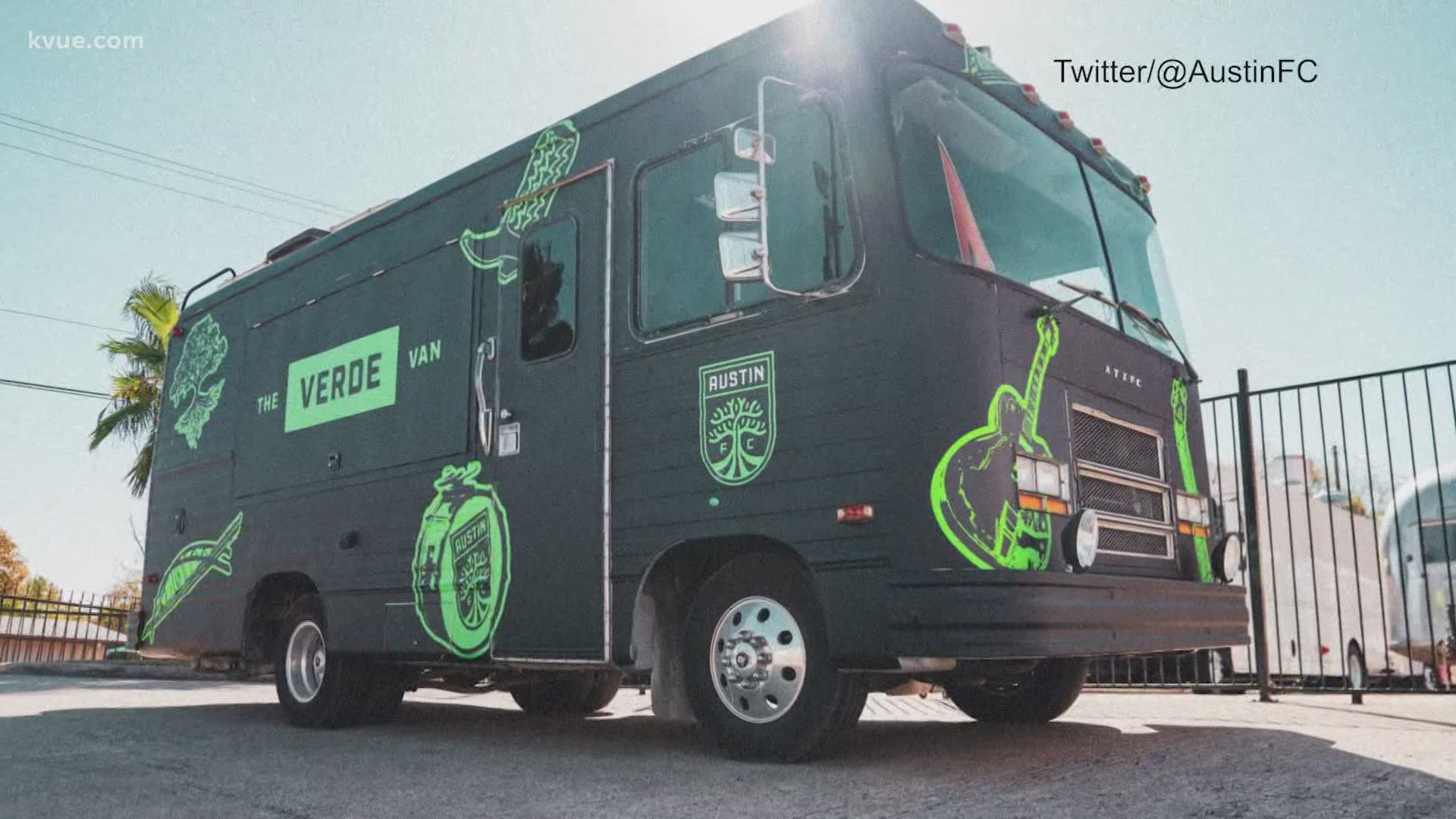 AUSTIN, Texas — Austin FC unveiled the club's uniform on Nov. 18. The club is using its "Verde Van" as a vehicle to bring Austinites the jersey throughout the week.

In an email to Austin FC fans, the club announced that the mobile merchandise "Verde Van" would be at numerous locations around the city on the day of and days after the uniform unveiling and that fans would be able to get the uniform from the Verde Van at the times and locations listed below while supplies lasted:

On Wednesday night, Austin FC announced that all of the Verde Van slots were full, but fans can still buy jerseys online.

Unreal. We love you too, ATX.

And in case you still need to get your jersey, https://t.co/oJVynx4PqK has also got you covered. pic.twitter.com/6ixN2pryPn

KVUE got a construction update for Austin FC's stadium at McKalla Place on Nov. 10. Team officials told KVUE the stadium was nearly 75% complete and still on track for its slated spring 2021 start date in Major League Soccer (MLS).

"One thing that has remained incredibly consistent is a commitment to on-time construction here at the stadium," Austin FC President Andy Loughnane said.

RELATED: A look at the Austin FC stadium construction progress ahead of spring 2021 MLS season

"So, we're working with Austin Center of Events (ACE) on our transit plan. That transit plan is we've had a draft. I know there'll be revised drafts. So, that's a work in progress, as promised. That's something that we have a deep commitment to finishing," Loughnane said. "So, from an accessibility and ease perspective, one of the ways to relieve congestion will be the usage of that new train station."

He added that there would be 850 parking spots on the 24-acre parcel.

In August, the club announced it had sold out of its season ticket memberships.

State law as of Nov. 16 limits stadium capacity to at least 50%. Local health leaders have urged limiting capacity to 25%, which is the benchmark the University of Texas has followed for its football games in the 2020 season.

"The season has historically started in early March. As to exactly what that looks like in 2021, It's too early to speculate," Loughnane told KVUE. "It's a little out of our hands ... That being said, it is in the hands of Major League Soccer to make that determination. But what I can tell you is that our stadium will be ready [by] spring of 2021 and we will have a home opener."