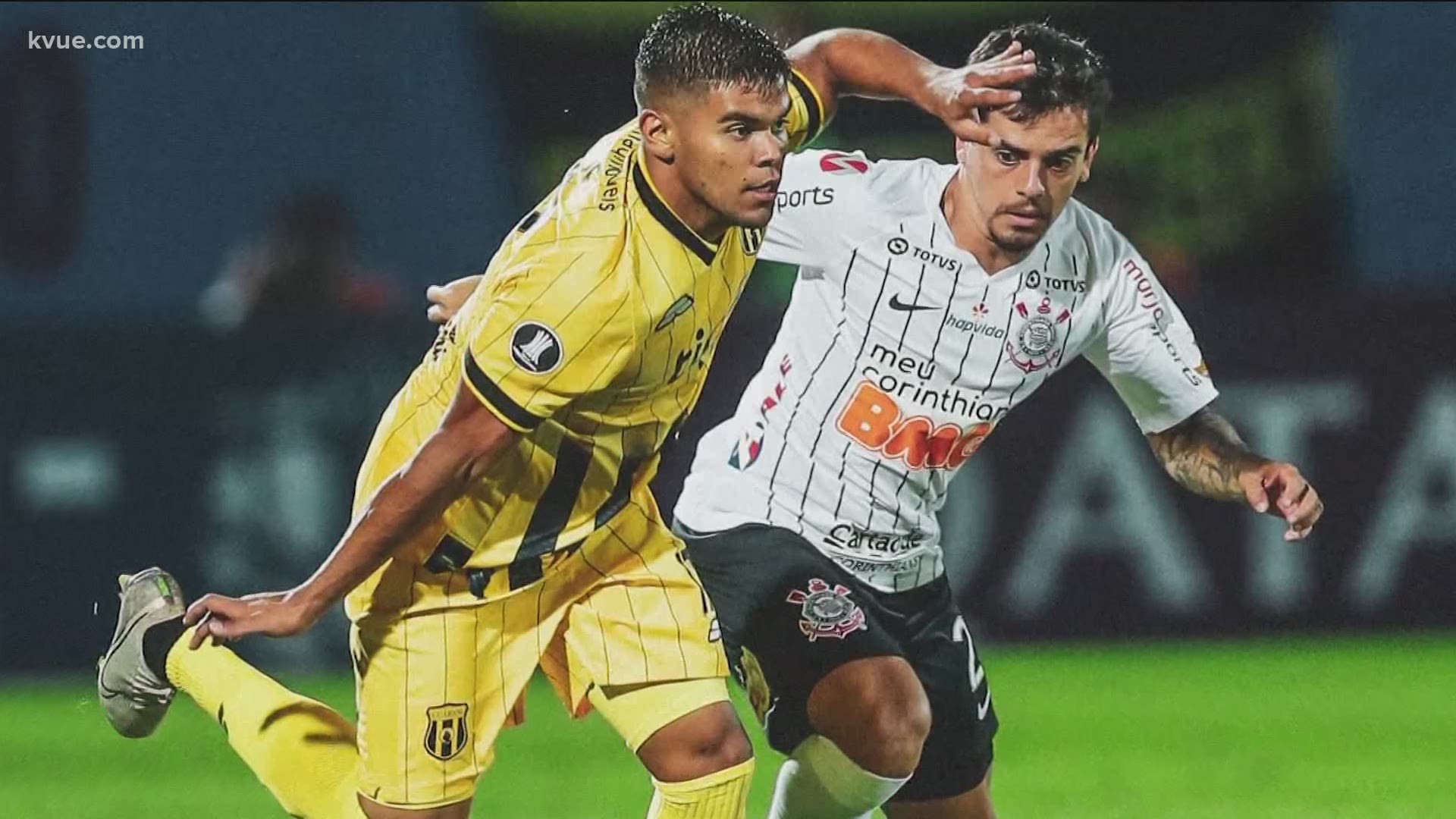 Domínguez, who also plays forward for the Paraguayan national team, comes to Austin FC via transfer from Club Atlético Independiente in the Argentina Primera División.

The 5-foot-10-inch Paraguayan forward is the Austin FC’s first-ever designated player and the club’s second signing. In July, the club announced Rodney Reyes as the team's first-ever signing.

“I am delighted that Cecilio will join Austin FC as our first Designated Player, and I look forward to welcoming him to Austin,” said Claudio Reyna, Austin FC sporting director, in a statement. “Cecilio comes to Austin as a Liga MX champion, an attacking player with a proven goal-scoring record in the CONCACAF Champions League and Copa Libertadores alongside other elite league and cup competitions. He is going to score goals for our team, and he is another player who represents how we want to build our roster – young, dynamic, exciting and hungry to bring his talent to MLS and Austin.”

Domínguez was born in Asunción, Paraguay, and made his Paraguayan Primera División first team debut with Sol de América at 17 years old, according to Austin FC officials.

“Austin FC is building a very special club in an amazing city, and I’m honored that I’ll be part of Austin FC’s inaugural roster,” Domínguez said. “I’m excited about the move to Austin, and I look forward to working with Josh Wolff and the team as we head into our first season.”

Domínguez will formally join Austin FC in January 2021 ahead of Austin FC’s inaugural MLS season. The club said Domínguez will be on loan for the remainder of 2020 before he joins the team in 2021.