Austin Bold FC is paying tribute to one of their own, after forward Promise Isaac passed away in early October. 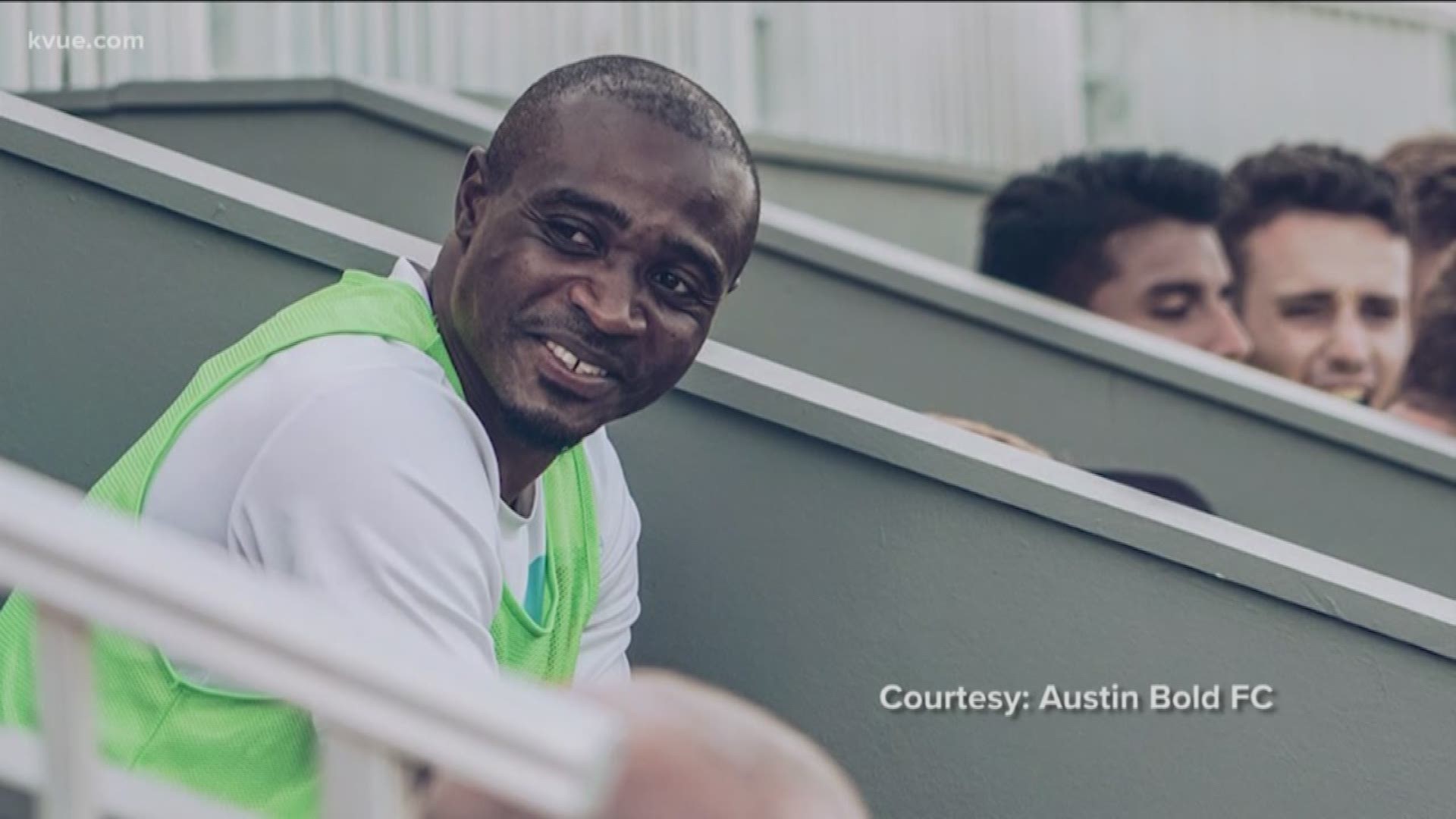 AUSTIN, Texas — On and off the field, the Austin Bold FC players are like brothers. And since they lost one of their players, it's been a struggle.

The team played their first game without forward Promise Isaac in El Paso on Thursday, but not without paying tribute to their former teammate.

“There’s a huge gap right now, and there’s nothing that we can do to fill it.” said Kris Tyrpak, Austin Bold FC's winger.

Isaac's name will be stitched to the team's jerseys for the rest of the season and the players said it motivates them throughout the game.

Promise Isaac remembered by his teammates

“It’s unfortunate, sometimes bad things have to happen to come together, but in this case, it’s been cool to see how people have reacted to it. We have come together and hopefully we can win a championship for him.” said Diego Restrepo, Austin Bold FC's goalkeeper. “I want to be 1% of the person he was because I know if I do that. I might be a better person for myself, my family and society.”

Isaac suddenly passed away on Oct. 3 at age 31, and it shook up the team and a lot of people who knew him. The team said Isaac was working out in the gym at his apartment when he collapsed.

“It hit us really hard because no one expected that to happen, especially to a young person. An athletic person," Restrepo said.

"We’re definitely struggling. I mean, as a team, you form a bond throughout the year and everyone’s so close and, for us, it’s just trying to move on," Tyrpak said. "We’re having a hard time for it, but we know what we’re playing for this year now so we’re going to honor him as best as we can."

Restrepo and Tyrpak said he was a great soccer player and an even better friend.

"Complete animal. I mean, when he started going, you didn’t want to be anywhere near him because he was going," Tyrpak said. “You know, the epitome of a professional, the epitome of a great human being and, for us, it’s hard to move past that and we’re doing the best we can.”

“He was very reserved, but he was very good at showing you how to live life by his actions. Amazing person. Very religious,” Restrepo said.

The team will also take Isaac's jersey to away games this season.