Hutto's quarterback, Chase Griffin, chose to sign with UCLA after he led the Hippos to an undefeated regular season in 2018 and threw for more than 4 thousand yards. 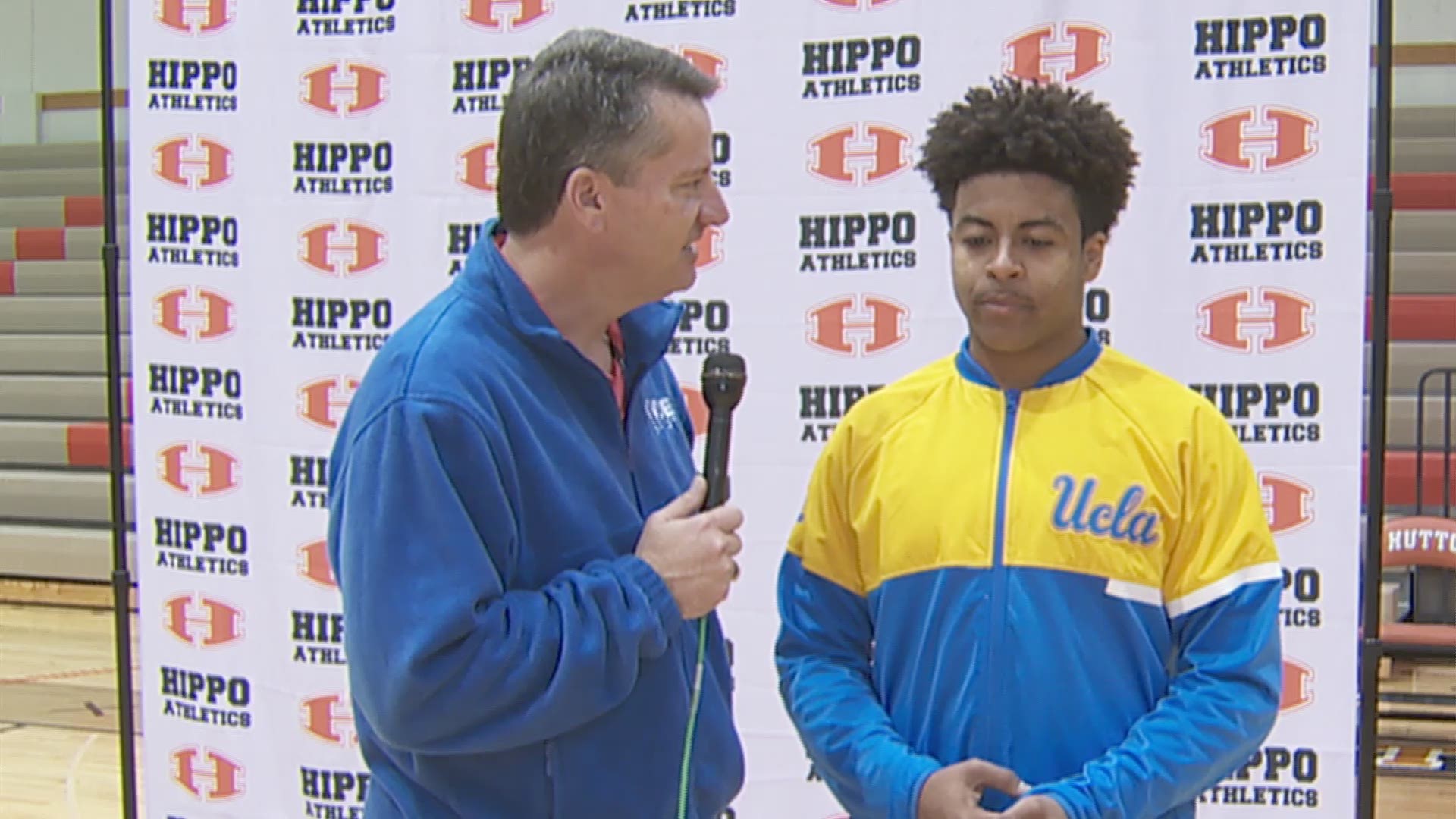 HUTTO, Texas — Hutto quarterback Chase Griffin signed with UCLA on Wednesday, and the early graduate will enroll in the University of California, Los Angeles in January.

"I'm so excited today," said Griffin. "It's the start of a new journey."

Griffin led the Hippos to an undefeated regular season in 2018 and threw for more than 4,000 yards and 51 touchdowns in his senior season at Hutto High School. For his high school career, Griffin had 11,245 passing yards and 122 touchdowns with only 18 interceptions.

Signing Day at Round Rock: Garrett Miller goes to Purdue

"I expect great things to happen," said Griffin. "Not as a result of what I do, it's my faith in the Lord."

Griffin was actually born in the UCLA hospital in Santa Monica and moved to Texas when he was four.

"I always say I'm a Texan, but if you're born out there, when you get closer to the ocean you get stronger."