"Murph" is CrossFit's toughest workout and was the favorite workout of Navy Lieutenant Michael Murphy. 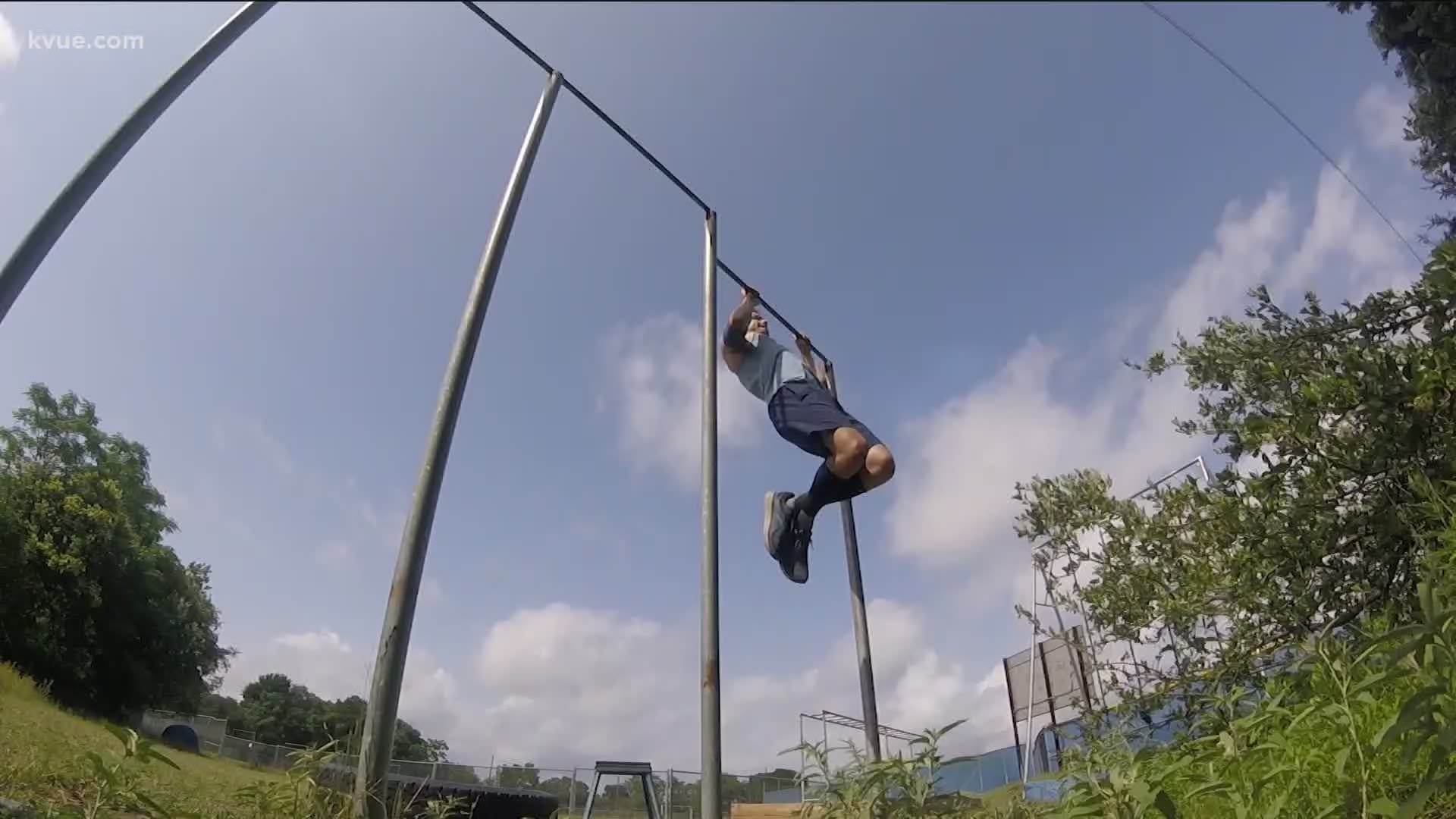 It's Memorial Day weekend and on Memorial Day itself, CrossFit gyms, military bases and Navy ships around the world will all be doing the same workout.

It's called "Murph." A challenge of the body and the mind, it's CrossFit's toughest workout and named after Navy Lieutenant Michael Murphy.

Murphy was killed in Afghanistan in 2005 and later honored with the military's highest decoration, the Medal of Honor.

This weekend, we honor him with his favorite workout.

The rundown goes as follows:

Feel free to break up the middle portion however you'd like. If you don't have a pull-up bar, replace the 100 pull-ups with 400 sit-ups.

Other variations of the workout can be found here.

Jake's gameplan was to tackle the squats in sets of 50 and the push-ups and pull-ups in sets of 20.

The rest of the Shelter in Shape movement is hard at work as well.

Shelter in Shape with Jake: KENS vs. KVUE

Two California friends have just finished the Goggins Challenge – four miles every four hours for 48 hours for a total of 48 miles.

Think you can finish it in less than an hour? Send Jake your time and you could be included in the next episode of Shelter in Shape.

Shelter in Shape with Jake is a weekly segment where KVUE Sports Reporter Jake Garcia takes you through an at-home or socially distant workout and shares his favorite viewer submissions.

The rules are simple. Any athletic activity is accepted, and submissions are open to the Austin area and beyond.

Email your workout videos to jgarcia@kvue.com or send them to @Jake_M_Garcia on Twitter, @jakegarciakvue on Instagram or text 512-459-9442.