Shelter in Shape with Jake: KENS vs. KVUE 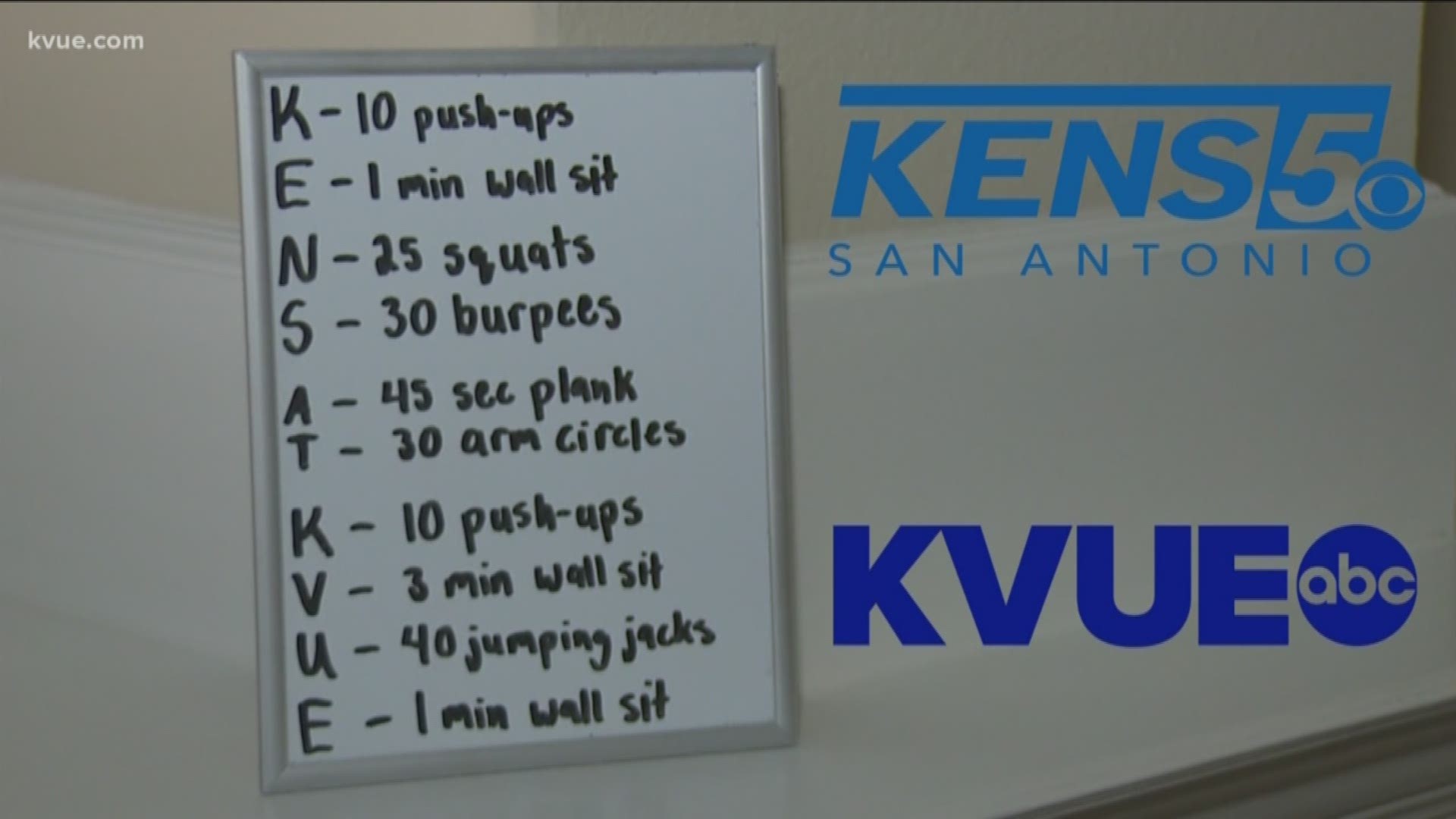 Since they don't have the same name, they spelled out "KENS at KVUE."

Before the workout even began, Closky's trash talk was rampant.

"Jake, I’m happy you brought me on because I thought it would be nice to remind you, you guys down there in Austin are the G-League, up here we’re the NBA team, we’re the San Antonio Spurs,” Closky said.

Motivated by that bulletin board material, Jake put his head down and went to work on the exercises.

The rest of the Shelter in Shape movement continues to stay active as well.

Nine-year-old Montannah Kenney had hopes of hiking Mt. Everest with her mom, Hollie, in 2021. That's now on hold, but their training hasn't stopped.

KENS vs. KVUE, meanwhile, is a battle right up there with Spurs vs. Mavs and Texas vs. Oklahoma.

The wall sits ultimately wear Jake down, and Evan is able to get to his timer seconds before, in a time of 10:16.

Still, a competitive spirit was satisfied and both KENS and KVUE encourage you to make your own workouts a competition with friends and family.

Shelter in Shape with Jake is a nightly segment where KVUE sports reporter Jake Garcia will take you through his at-home or socially-distant workout of the day and shares his favorite viewer submissions.

The rules are simple.

Any athletic activity is accepted.

Submissions are open to the Austin area and beyond.

Email your workout videos to jgarcia@kvue.com or send them to @Jake_M_Garcia on Twitter or @jakegarciakvue on Instagram.

Shelter in Shape: Beat the Clock

Shelter in Shape with Jake: Wolverine

Shelter in Shape with Jake: Keep it 100