Shelter in Shape returns with a bang, a workout that'll let you work off all the Fourth of July festivities. 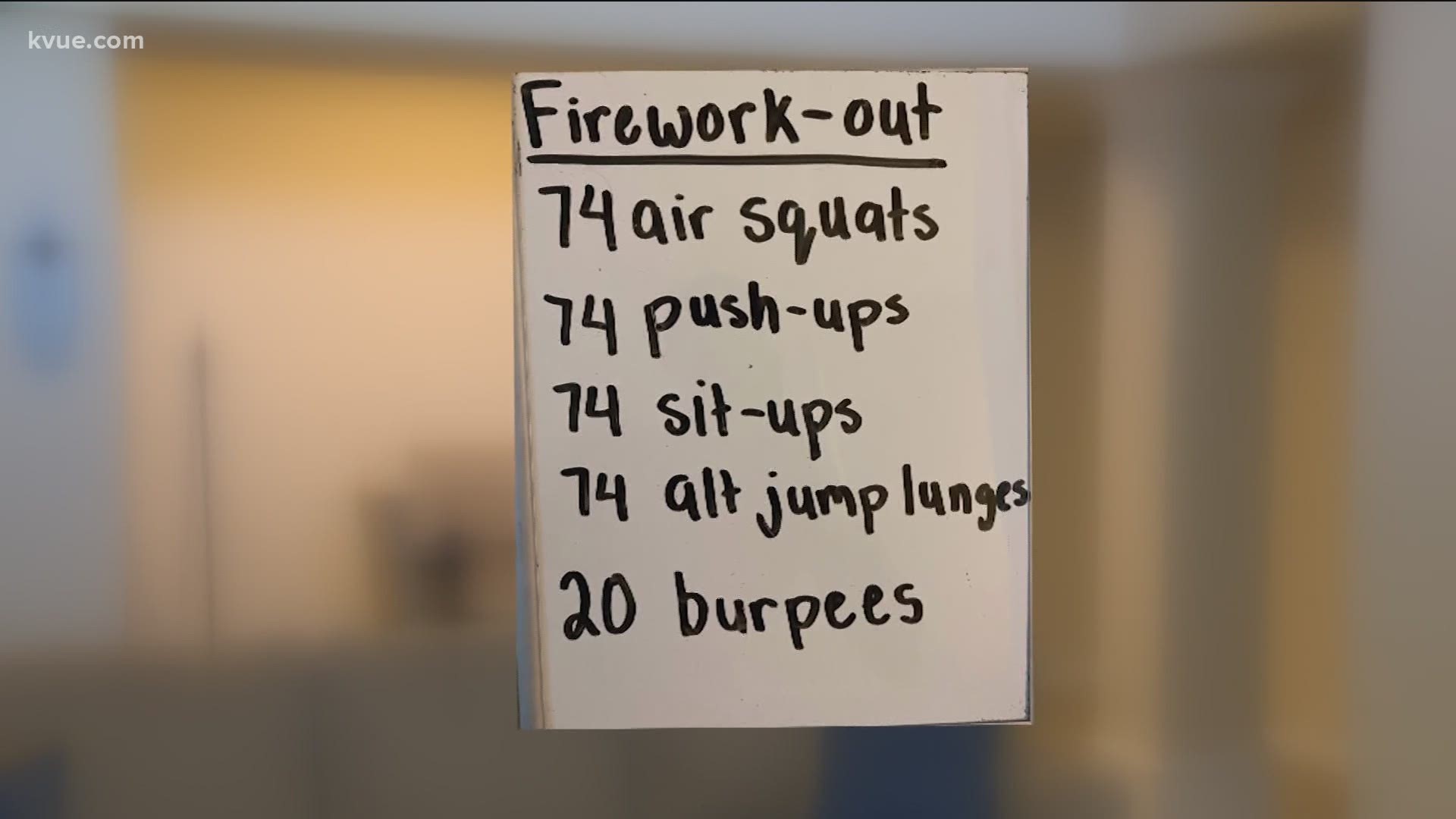 Americans, on average, eat 150 million hot dogs each year on the Fourth of July.

Americans, on average, spend $6.8 billion on food each year for the Fourth of July.

Americans, on average, have made the Fourth of July the top beer and wine drinking day of the year.

There's nothing wrong with that, but if the Fourth of July weekend caused all your gain to go down the drain, the Firework-out is just for you.

It's a series of moves that'll feel like fireworks on your muscles.

To other members of the movement, while the U.S. was celebrating its independence, the rest of the world recently celebrated Global Running Day in an event put together by the Ascension Seton Austin Marathon.

Submissions poured in from 29 different countries, such as South Korea, Hungary and Mexico.

There were plenty of local submissions too, like one from 2012 Olympic silver medalist and former Longhorn Leo Manzano.

Make sure you're getting low for the air squats. Try to keep your form for the push-ups. Focus on only using your abs for the sit-ups. Feel the burn for the alternating lunges. Let your colors burst for the burpees.

The burgers and dogs won't stand a chance once you ignite the light on the Firework-out.

See if you can beat Jake's time of 11 minutes and you could be included in the next episode of Shelter in Shape.

Shelter in Shape with Jake is a weekly segment where KVUE sports reporter Jake Garcia takes you through an at-home or socially distant workout and shares his favorite viewer submissions.

The rules are simple. Any athletic activity is accepted. Submissions are open to the Austin area and beyond.

Email your workout videos to jgarcia@kvue.com or send them to @Jake_M_Garcia on Twitter, @jakegarciakvue on Instagram, or text 512-459-9442.