Father's Day Fitness is a celebration and an appreciation for all the sports-loving dads. 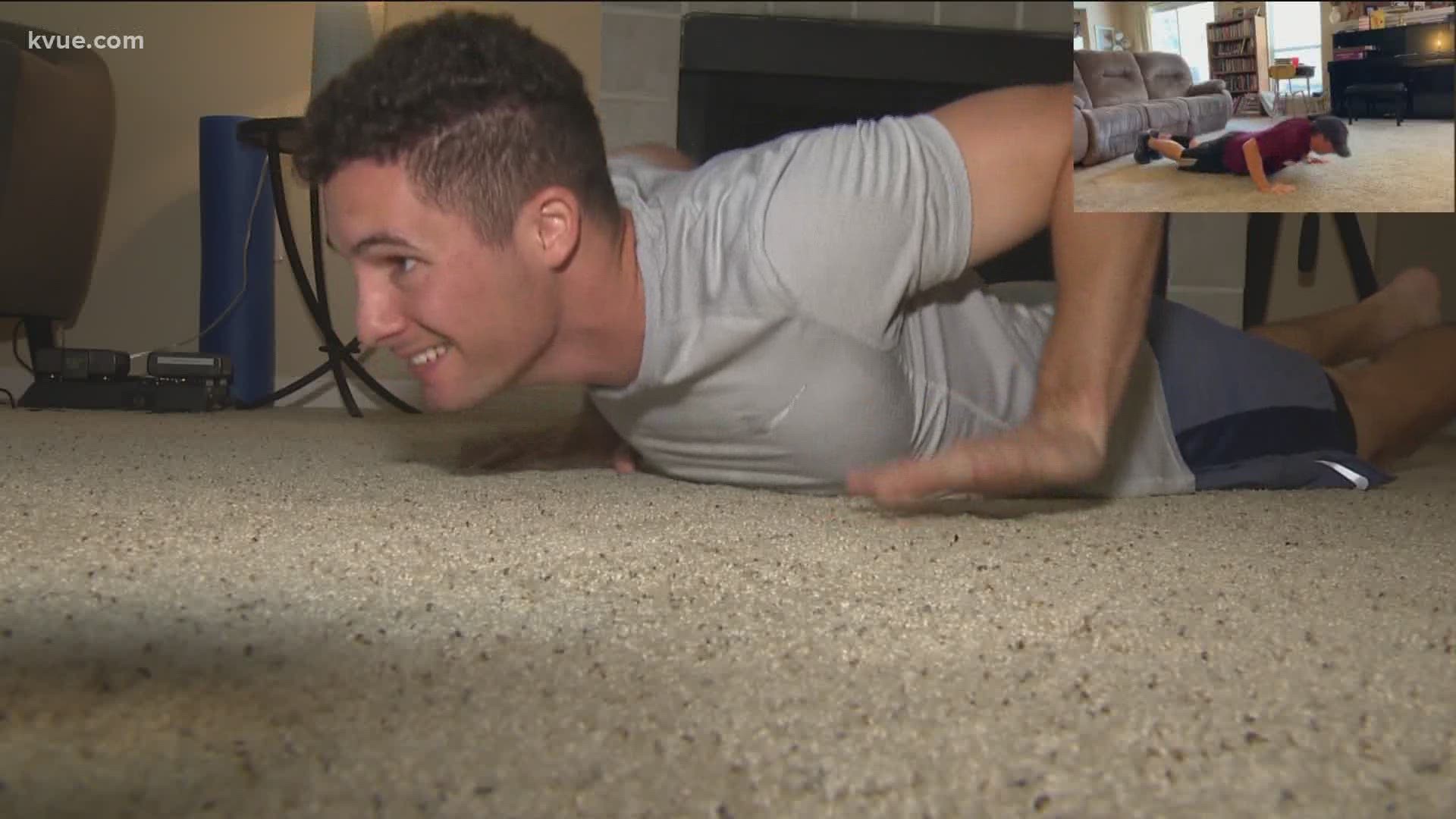 Over the past few months, Shelter in Shape has gone from a few lonely workouts to a movement that's all about community.

The brains behind the operation, so often, has been the dad of KVUE sports reporter Jake Garcia.

John helped Jake brainstorm the segment in the first place and will frequently offer creative names for workouts.

Father's Day Fitness is one of John's favorite workouts, and an opportunity for Jake to show him he's appreciated.

It's a competition between the old bull and the young buck, between experience and wisdom and excitement and energy.

The rest of the world offered plenty of Father's Day gratitude as well. A slew of Central Texas athletes and coaches took to social media.

Friends and family expressed just how much their sports-loving dads mean to them.

KVUE'S Jeff Jones shared a photo of his stepdad, Alvin, helping him get ready for his first football practice.

Josh Shelton learned to drain putts with his pops by his side.

The worst part about the Father's Day Fitness workout is there's no time for a break.

Jake kept his time under 15 minutes but was also raised to not accept participation trophies.

His dad brought him into this world, today he takes him out.

Is your old man still twice the athlete you are?

Let Jake know for the next episode of Shelter in Shape.

Shelter in Shape with Jake is a weekly segment where KVUE sports reporter Jake Garcia takes you through an at-home or socially distant workout and shares his favorite viewer submissions.

The rules are simple. Any athletic activity is accepted. Submissions are open to the Austin area and beyond.

Email your workout videos to jgarcia@kvue.com, or send them to @Jake_M_Garcia on Twitter, @jakegarciakvue on Instagram, or text 512-459-9442.