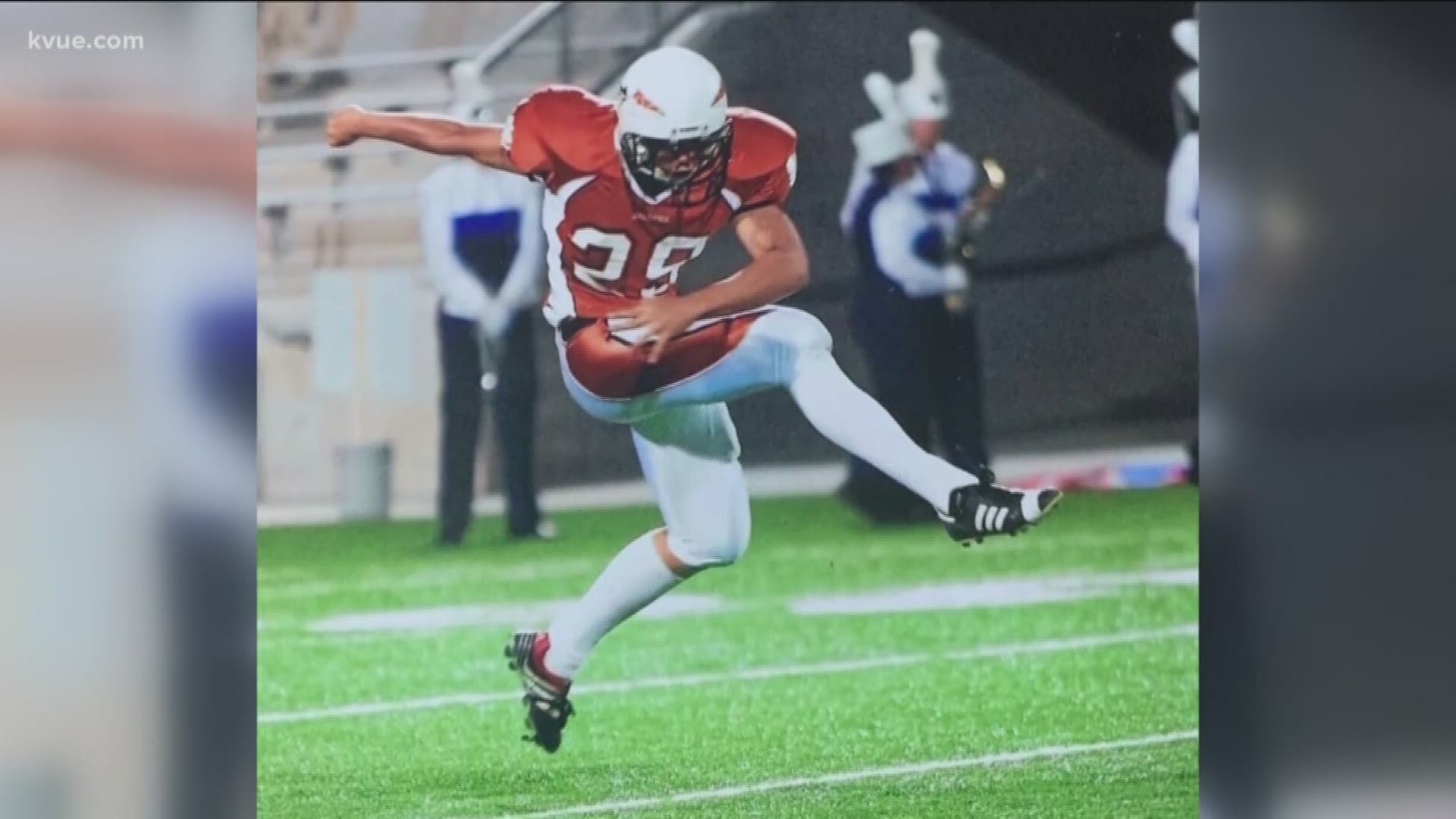 Putnam played football and soccer for the Warriors before he became a police officer.

"[Putnam] was an infectious guy," former teammate Jordan Williamson said. "I think that anyone you talk to will say that he was a really good human being."

Putnam was killed in the line of duty on April 18 in San Marcos.

The Westwood community was shocked, remembering the kicker and one of his most well-known games.

It was 2006 ... Putnam kicked a 44-yard, game-winning field goal to send the Warriors to the playoffs.

"[Putnam] helped us beat Bryan in the first round of the playoffs in College Station at Kyle Field for the school's first-ever playoff win in 25 years," said Wood.

While Putnam was part of history, he was still focused on the future. He made sure the player who would take his spot next season, Jordan Williamson, was ready.

"He kind of took me under his wing," said Williamson. "That was something I was really grateful for."

Putnam was known for his athleticism, his personality and his ability to be a good teammate.

It's why no one was surprised when Putnam decided to become a police officer.

"He was an exceptional teammate so I can see how he thrives in that profession," said Wood.

But the news of his death left Wood and Williamson both speechless.

Still, the two remember the football player ... the one that everyone enjoyed being around and was a mentor.

Texas will begin reopening process on Monday amid COVID-19 pandemic