The Texas football star's opinion was sparked by a congressman's proposal which would allow student athletes to profit from one's likeness and image. 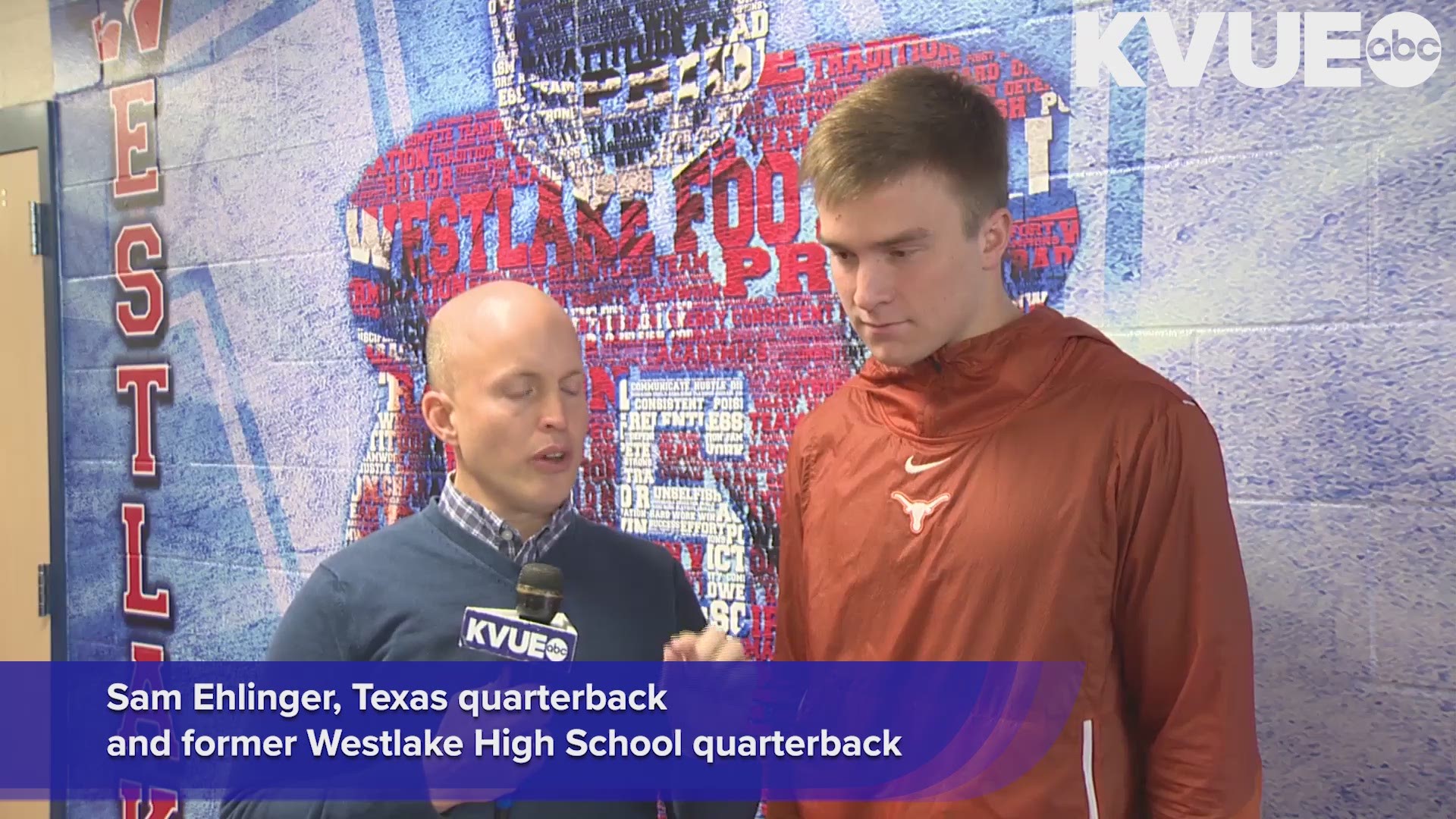 AUSTIN, Texas — Texas Longhorns' quarterback Sam Ehlinger expressed his opinion on Thursday about the subject of college student athletes profiting from their own likeness.

It was a subject which was highlighted on Sports Illustrated.

Ehlinger submitted four tweets in response to a proposed bill by North Carolina Congressman Mark Walker. A bill which would allow NCAA student athletes to profit from the usage of their names and likeness.

The UT sophomore quarterback attached a similar article to his first tweet, where he asked his followers if they would "accept this position?"

"Now consider the full-time unpaid internship as College Athletics and the full-time paid job as professional sports. Support Congressman, Mark Walker and his proposal." He tweeted.

This is a topic that has been debated much more in recent history, but the opposition argues that compensation will question the amateur status of collegiate athletes.

Ehlinger continued to tweet his support of the North Carolina congressman's proposal.

"Within this internship, you risk your short-term and long-term health on a daily basis," tweeted Ehlinger. "You endure this internship with less than a 2% chance to advance in your industry and obtain a full-time paid job."

According to an article written by the North Carolina newspaper, The News & Observer, Rep. Mark Walker is a former college athlete himself. Walker's bill is expected to be introduced to Congress next week

Ehlinger concluded his tweets to emphasize his gratitude for his platform, and that he is thankful for opportunities he currently has.

The former Westlake High School Chaparral tweeted, "Don't get me wrong, I am beyond grateful for the opportunity to get an incredible degree and play the sport I love at such a prestigious university. I am extremely blessed."