Okafor is a former Pflugerville Panther and Texas Longhorn who now plays for the New Orleans Saints. 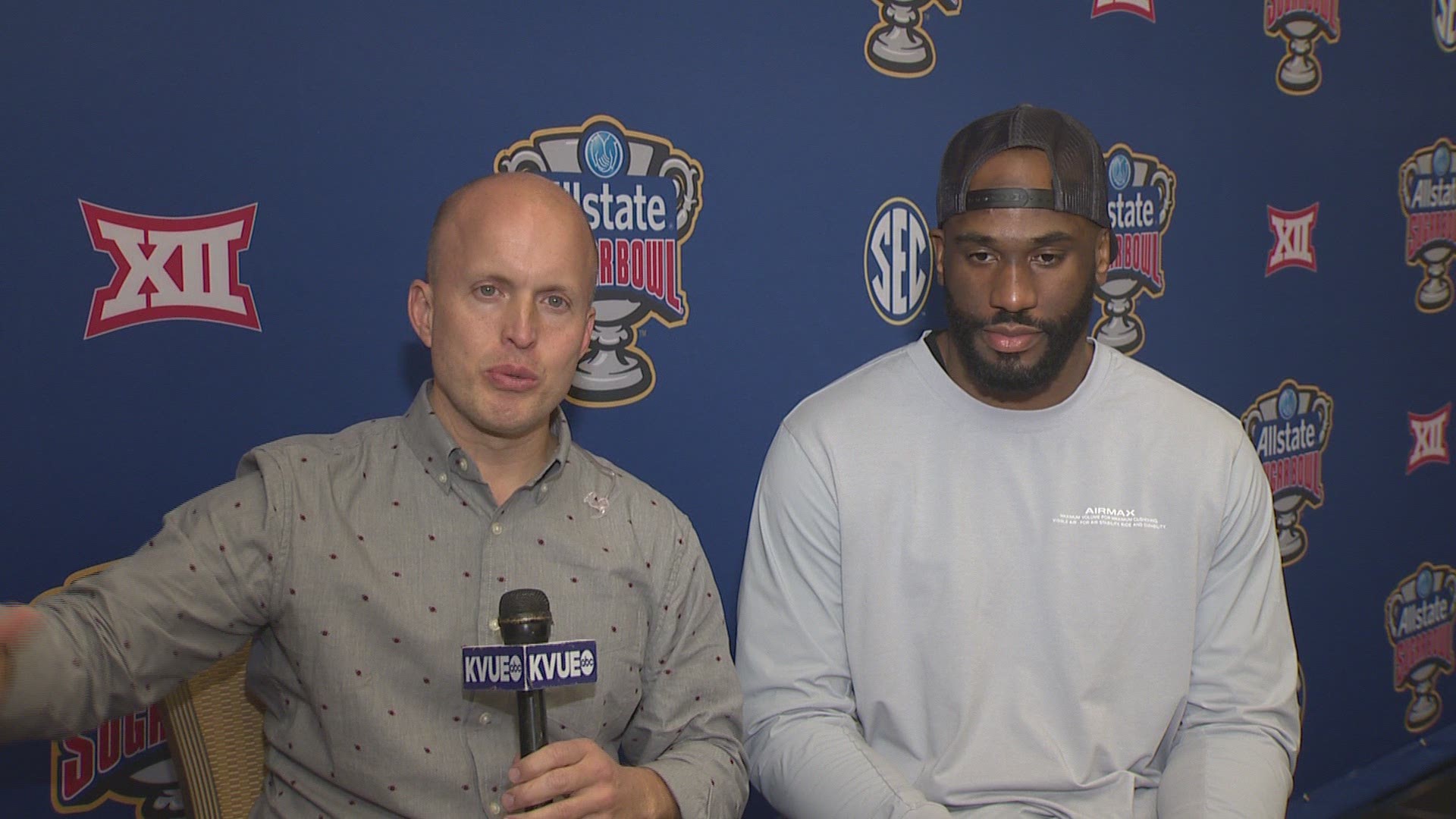 NEW ORLEANS — Alex Okafor was once a star defensive lineman for both the Pflugerville Panthers and the Texas Longhorns.

He is currently a defensive end for the New Orleans Saints.

"The success I've had out here is bar none to any other place I've been," Okafor said.

Okafor is currently in his second season in New Orleans after spending his first four seasons in the NFL with the Arizona Cardinals.

This is a special week for Okafor. He has the opportunity to support his beloved Longhorns, who will play on his current NFL field, the Superdome.

"Once Texas received the berth into the Sugar Bowl, my former defensive line coach, Oscar Giles, texted me and said we're coming to your backyard," Okafor said. "I said, 'Come on.'"

The Sugar Bowl is a Louisiana homecoming for Longhorn Malcolm Roach