Assistant GM Brian Wright is expected to take over after R.C. Buford's shuffling within Spurs Sports and Entertainment, according to The Athletic. 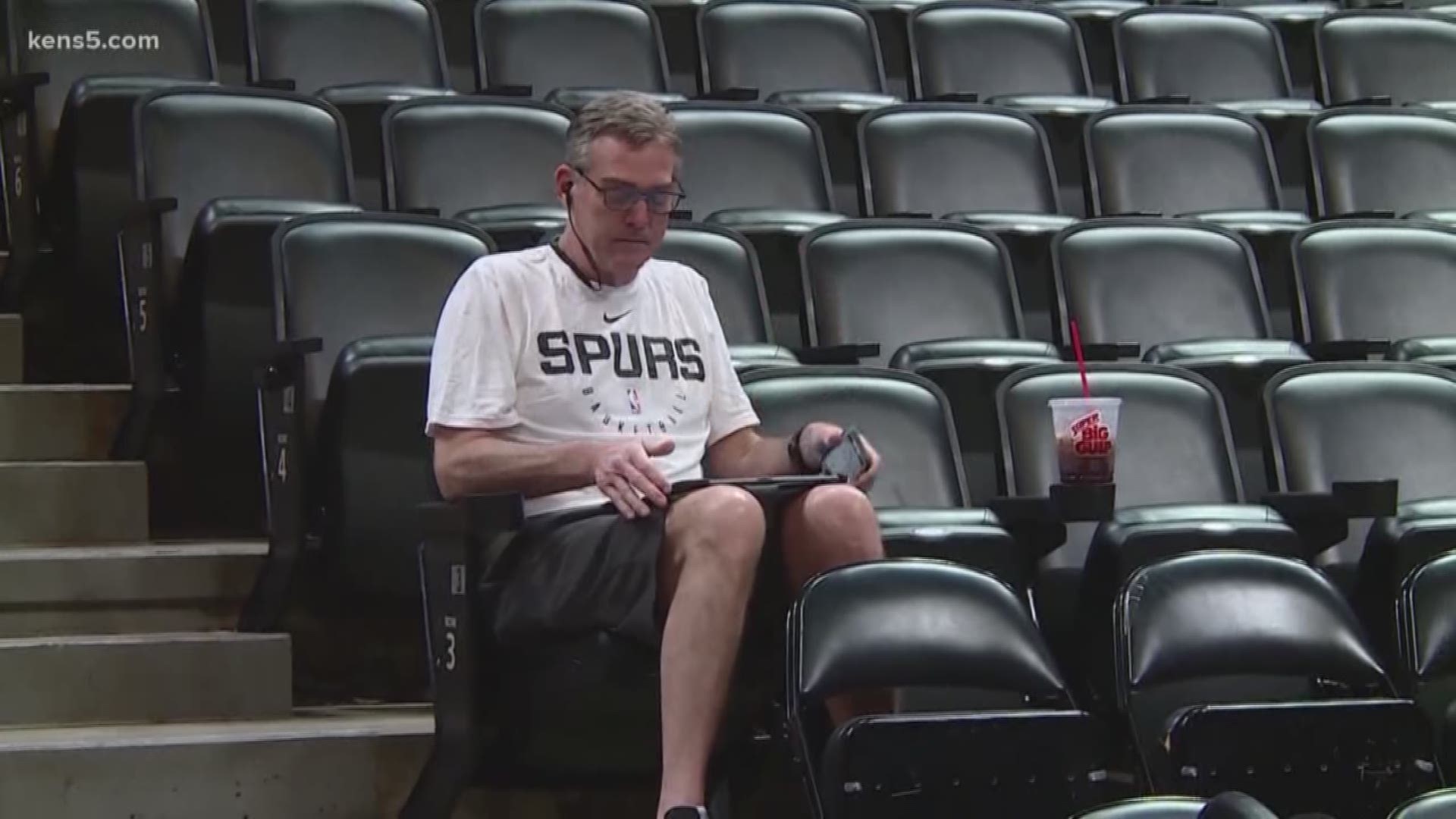 SAN ANTONIO — The San Antonio Spurs are having a quiet offseason relative to the drastically changing landscape of the Western Conference, but the team is reportedly prepping for a major off-the-court change.

Jabari Young of The Athletic is reporting that R.C. Buford, San Antonio’s general manger of 17 years, is bequeathing his general manager role to assistant general manager Brian Wright for a new position within Spurs Sports and Entertainment. Buford's new role has not been released yet.

Young also reports that Wright has steadily taken on more responsibility within the organization, from focusing primarily on scouting at the onset to playing a part in the much-publicized Kawhi Leonard trade in 2018. He reportedly also handled the Rudy Gay signing and DeMarre Carroll sign-and-trade this offseason.

It isn’t clear yet if the move will affect the Spurs front office in other ways, but Buford will continue to maintain an important figure for the Spurs as Wright will still report directly to him.

Since 1988, Buford has been with the Spurs for all but two years serving as an assistant coach, scout, vice president and general manager. He took over as general manager in 2002 and watched the organization win four NBA championships during that time period. He was also named Executive of the Year in 2014 and 2016.