Tebow will reportedly sign with Jacksonville as a tight end. 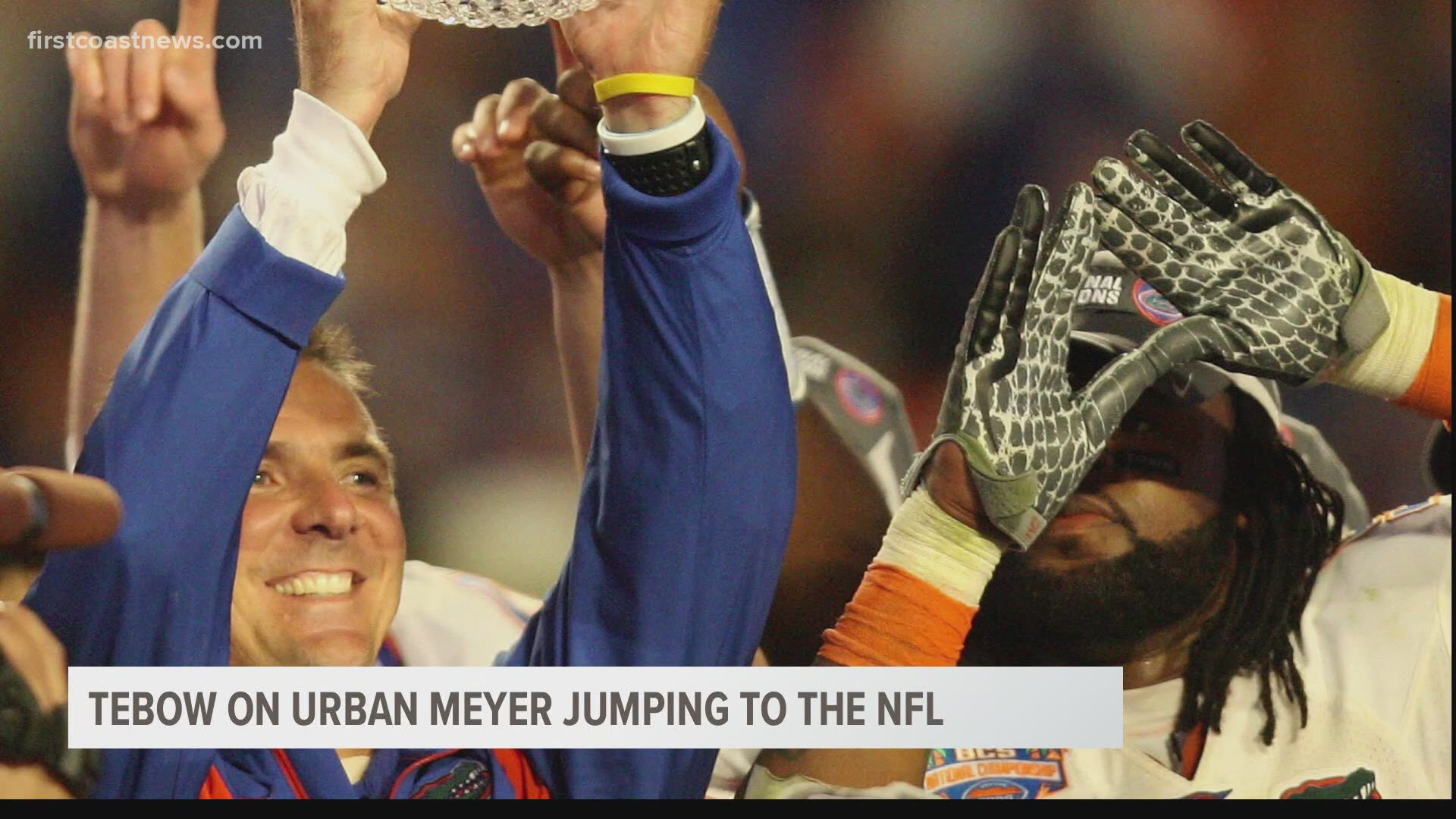 JACKSONVILLE, Fla. — Editor's Note: The video above is from a prior story.

It looks like Tim Tebow and Urban Meyer will be reunited in the NFL, according to multiple reports.

NFL insider Ian Rapoport says the Jacksonville Jaguars are planning to sign the former quarterback to a 1-year deal as a tight end.

We heard rumblings of this move a couple of weeks ago, but the decision is starting to crystallize before rookie mini-camp begins.

The Jacksonville native played quarterback at the University of Florida from 2006-2009 under Meyer. Tebow helped the program win two National Championships during his time including taking home the 2017 Heisman Award. During his time in Gainesville, he totaled more than 12,000 yards with 145 touchdowns.

The Philadelphia Eagles released Tebow after the 2015 preseason, which was the last time we have seen him on the gridiron.

Tebow gave baseball a shot reaching the Triple-A ranks in 2019 with the New York Mets but formally retired from the sport in February.