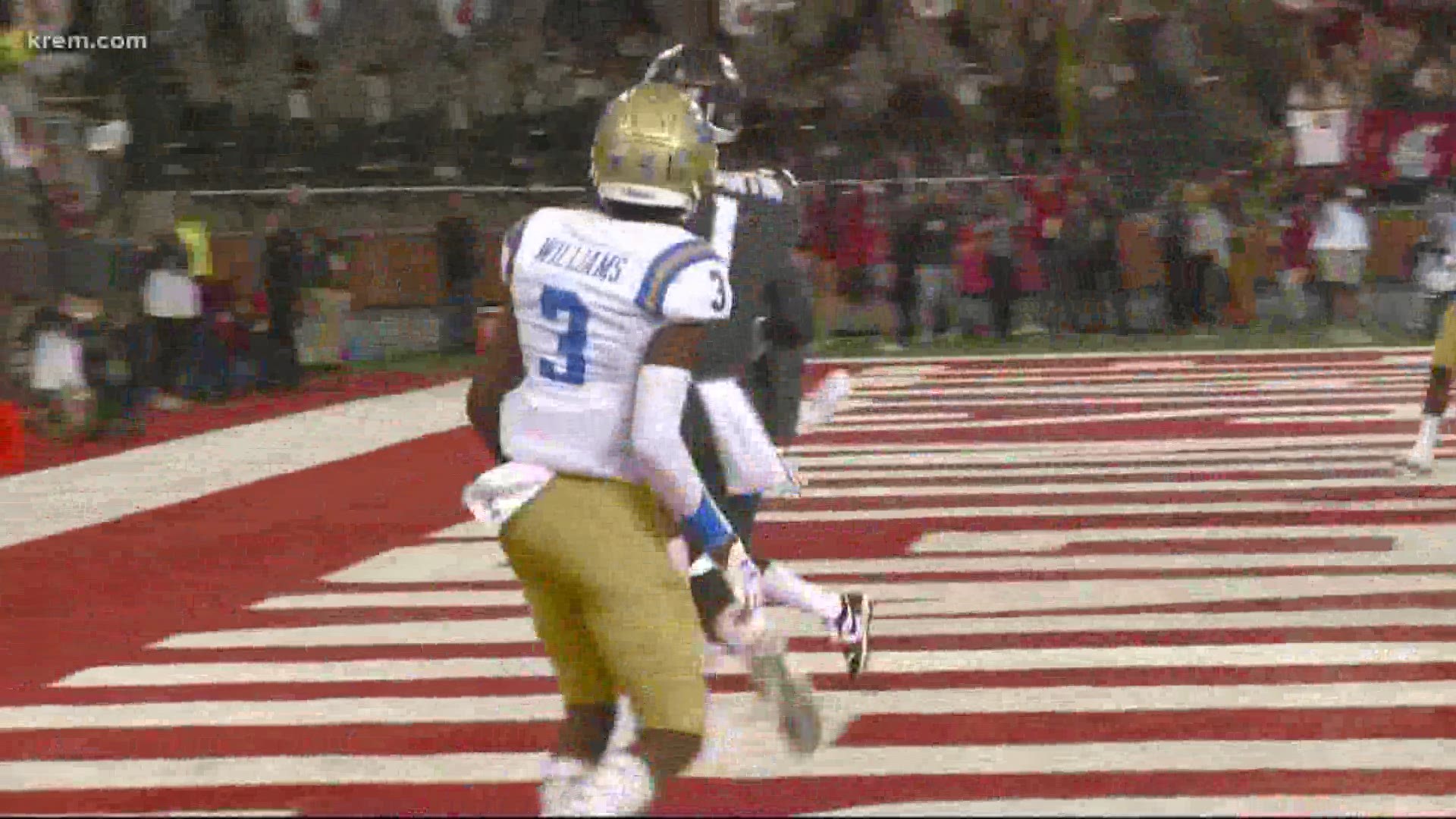 SPOKANE, Wash. — The Pac-12 Conference has officially announced a conference-only schedule for fall sports in 2020.

The move was announced in a release by the conference on Friday afternoon.

"Our decisions have and will be guided by science and data, and based upon the trends and indicators over the past days, it has become clear that we need to provide ourselves with maximum flexibility to schedule, and to delay any movement to the next phase of return-to-play activities," Pac-12 Commissioner Larry Scott is quoted as saying in the release.

The conference also said athletes that choose not to participate during the upcoming academic year due to coronavirus concerns "will continue to have their scholarships honored by their university and will remain in good standing with their team."

Michigan-Washington in Week 1 and Oregon-Ohio State in Week 2 are two of the biggest non-conference games originally scheduled during the 2020 season, Barrett Sallee with CBS Sports reports.

The news comes as COVID-19 cases spike in Washington and states throughout the country.

On Thursday, the Big Ten announced that it all of its fall sports, including football, will play conference-only schedules for the 2020 season, eliminating each of its 14 football programs' three non-conference games. The league has yet to announce how it will adjust its schedules, with those details to be announced at a later date.

In May, The Pac-12 voted to allow all athletes to workout on campus voluntarily starting June 15.

The conference made the decision after the NCAA announced that it was permitting conferences and schools to reopen for on-campus voluntary athletically related activities in all sports on June 1.