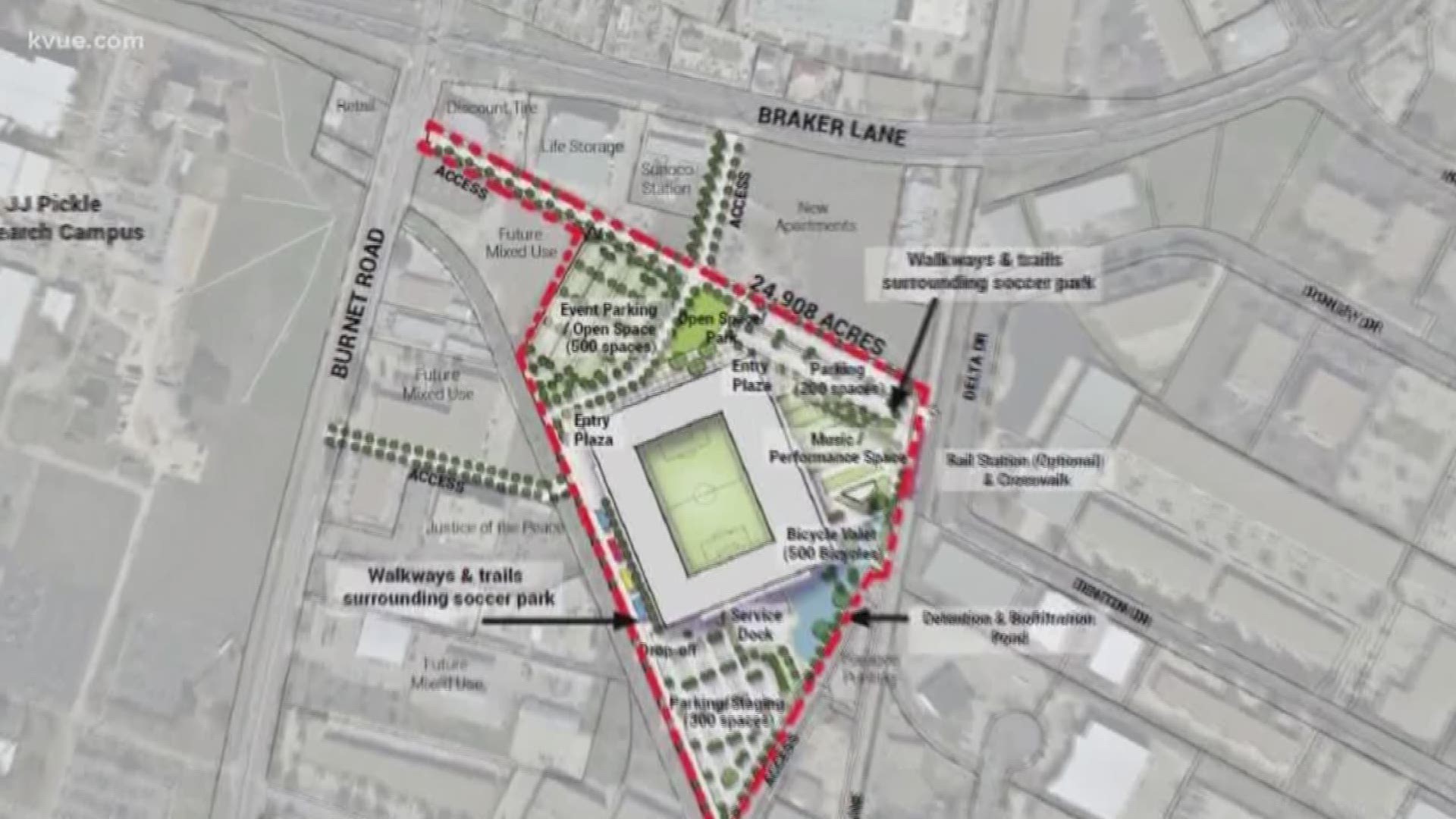 “As a result of the robust community engagement process that we've been going through that the city put on, we heard a lot of things from a lot of people and produced a site plan that incorporates a lot of those things,” said Richard Suttle, a lawyer at Armbrust and Brown who works for Precourt Sports Ventures and MLS. “It's got everything that Austin likes.”

The rendering indicates the site will sit on about 24.908 acres and will include about 1,000 parking spaces, open park space, a music/performance space, a bicycle valet, a service dock, a detention and biofiltration pond, and a rail station (optional) and crosswalk.

The conceptual plan also indicates there will be new apartments directly north of the site.Precourt Sports Ventures, the owner of Columbus Crew Soccer Club in Ohio, has expressed interest in moving the team to Austin and building a stadium.

The report from the City Manager on whether McKalla Place is a good fit to host a soccer stadium must be submitted to city council no later than June 1.

As list of potential sites for MLS stadium narrows, focus turns to McKalla Place near The Domain