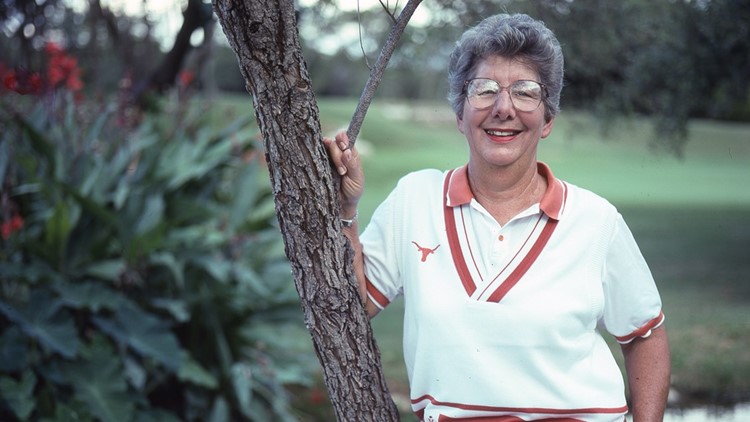 It's a very sad day for Texas Women's Golf and for collegiate golf in general. Coach Weis meant so much to so many people and she was a giant within our sport," said Ryan Murphy, current UT women's golf coach. "Everything we have today can be largely attributed to Coach. She started a program that would ultimately impact hundreds of lives over four-plus decades. Coach will be sorely missed and will be in our thoughts and prayers as we continue through this season."

Weis was also a 2001 inductee into the Texas Athletics Hall of Honor.

"Coach Weis loved The University of Texas and the Women's Golf team," Kate Golden, UT Associate Head Women's Golf Coach, said. "Although she hadn't played golf for a while, she always enjoyed hearing about how the current team was doing. She was a pioneer in collegiate women's golf and we will all miss her dearly. Thank you Coach for all you have done for the game. RIP."

UT officials said details regarding a celebration of life and funeral services are pending and will be shared once finalized.