Cat out of the bag: Osterman, Team USA set to face Texas State

Cat Osterman's return from retirement will include a match-up with the team she coaches. 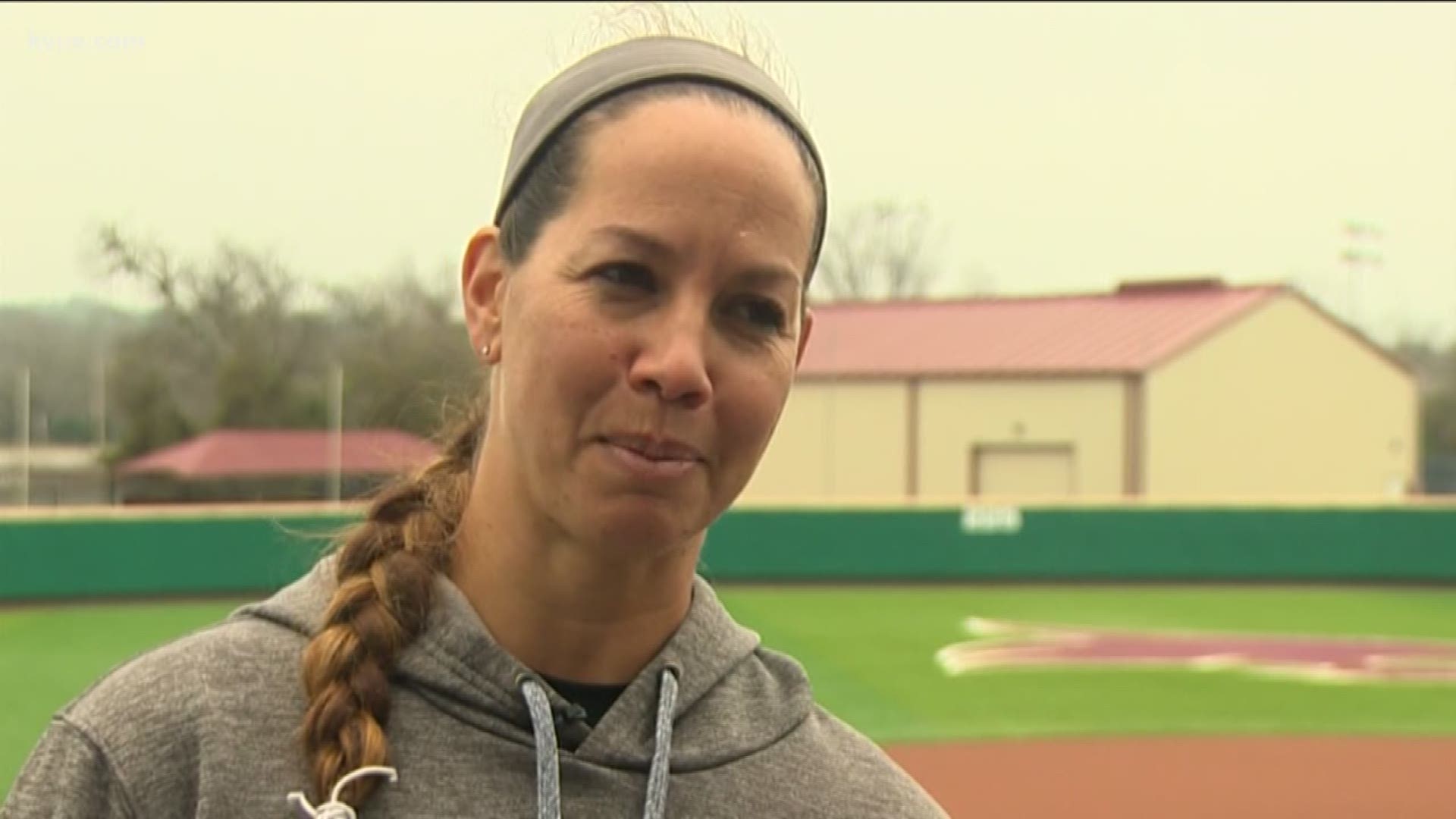 SAN MARCOS, Texas — The reflexes it takes to put bat to ball have to be quicker than a cat. After all, with only 43 feet separating the pitching rubber and the batter's box, it's a guessing game more often than not.

With that in mind, Texas State Softball is in for quite the challenge in one of its first games of the 2020 season.

If reflexes have to be cat-like against ordinary pitchers, imagine what they'll need to be against Cat herself.

On Feb. 9, the Bobcats will take on Team USA in an exhibition in Florida. Osterman, the pitching coach in San Marcos, will be in the opposing dugout.

"She makes the ball dance better than anybody ever has in my opinion," Woodard said.

Still, Texas State says it's ready for the challenge.

"I love it. I'm super competitive so any time we get to go against the best of the best, I'm the first one ready to go," senior infielder Hailey Mackay said.

"We've had a chance to be around her for the last five years, and so it's not as much of an intimidation factor now because it's 'just' Cat Osterman," Woodard said.

Osterman, meanwhile, vowed not to hold back.

"For me, it's tearing at my heart just a little bit because I do love these girls, but I know on the field I'm the ultimate competitor, so there will be no part of me that feels sorry," she said.

Sheriff: Child dies after being hit by car accidentally left in neutral in driveway