Thomas, a Harvard alum and current graduate student at the University of Texas, took bronze Tuesday morning in Tokyo. 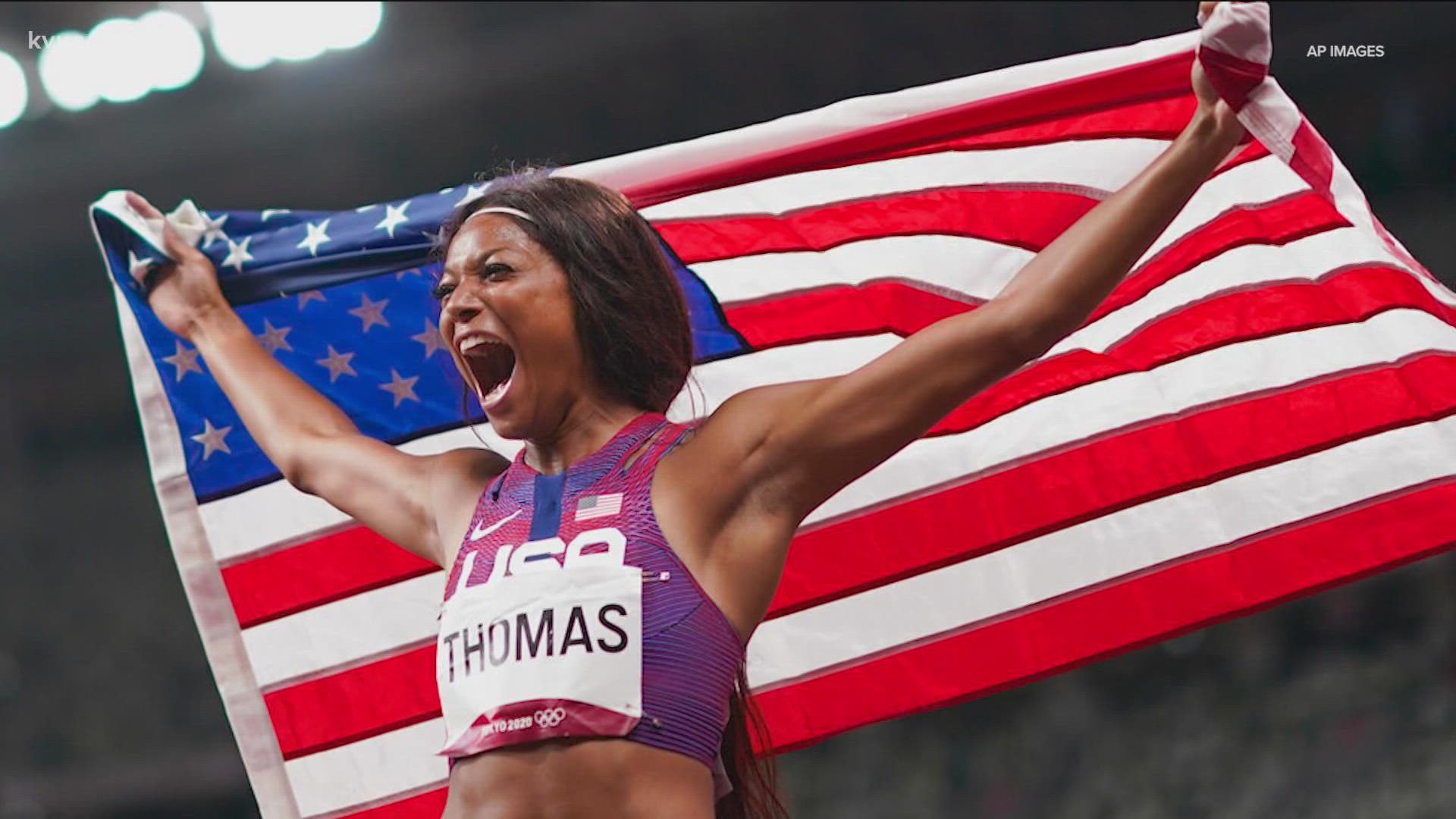 Thomas took bronze in the 200-meter race Tuesday morning in Tokyo. Elaine Thompson-Herah of Jamaica won the gold, and Christine Mboma of Namibia took silver. Thompson-Herah's win completed her second straight Olympic sprint sweep, with a winning time of 21.53 seconds – the second-fastest time in history for the women's event.

According to the Dallas Morning News, 24-year-old Thomas is an epidemiology graduate student at UT. She graduated from Harvard with degrees in neurobiology and global health and policy. The paper reports that Thomas pursued her graduate program at UT with an intent to fix racial disparities in health care.

In late May, while seeing doctors for a hamstring injury, Thomas was diagnosed with a tumor on her liver, the Dallas Morning News reports. She learned the tumor was benign days before the Olympic trials.

Thomas is at least the second Olympic athlete with Central Texas ties to win a medal so far this week. On Sunday night, the City of Taylor saw representation on the Olympic stage when Fred Kerley earned silver in the men's 100-meter race. Kerley performed at his personal best but was beat out by another Texas-born Olympian, Italy's Lamont Marcell Jacobs.