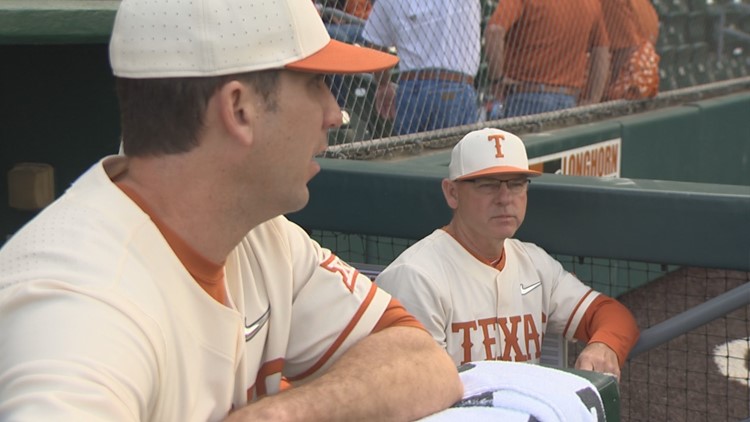 AUSTIN, Texas — It was just like old times at UFCU Disch-Falk Field Tuesday night. The Texas Longhorns and Texas A&M Aggies met in a midweek tilt. The renewed rivalry brought a sellout crowd to the diamond.

The Aggies got the jump early with two home runs in the second inning, one to tie the game at 1-1 and the latter extending Texas A&M's lead, 3-1.

Former Round Rock Dragon Cameron Blake helped with some insurance with an RBI single to stretch their lead to 4-1.

But after the Aggies' lead ballooned to 7-1, the Longhorns crept back in. After Ryan Reynolds drove in Eric Kennedy to cut the deficit to 7-2, Tyler McCann crushed a 3-run home run in the seventh to pull Texas within two runs.

Texas would tack on another on an Aggie error to make it a one-run game. But the Aggies pull away for the 9-6 victory.

Next up, the Texas Longhorns hit the road for a conference series against Baylor starting Friday.