J.J. Watt will host SNL on Super Bowl weekend with Luke Combs as the musical guest. 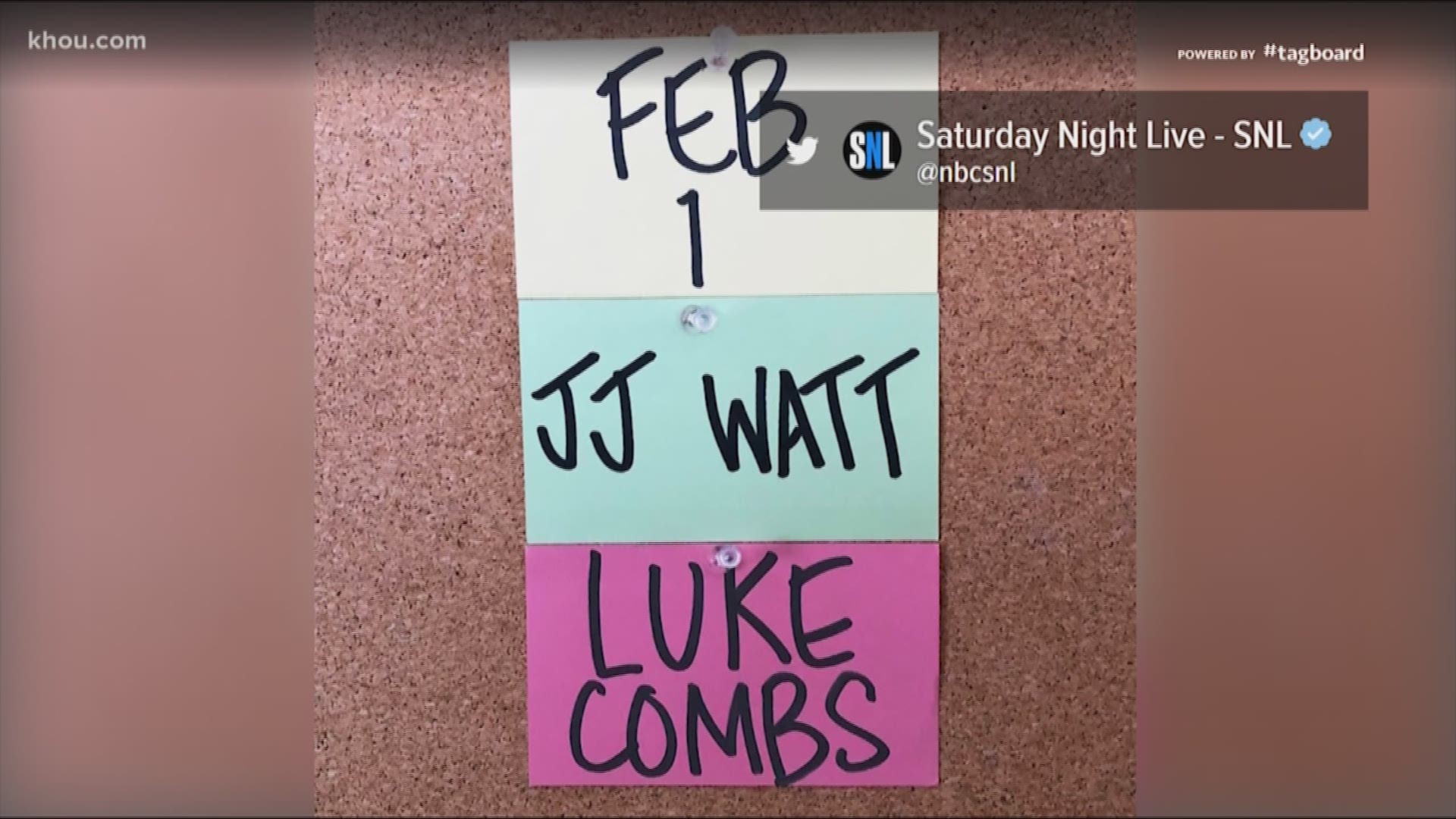 J.J. Watt is adding the third title to his resume Saturday. He will host SNL this Super Bowl weekend with Luke Combs as the musical guest.

Watt, who has shown off his acting skills in H-E-B and Verizon commercials, joins Tom Brady, Peyton Manning, Deion Sanders and Joe Montana, among other NFL players, who have hosted the late-night comedy sketch show. He has also appeared in movies such as "Bad Moms” and “Billy Lynn's Long Halftime Walk” and hosted the CMT Awards in 2016.