Will Fuller caught three of those scoring strikes 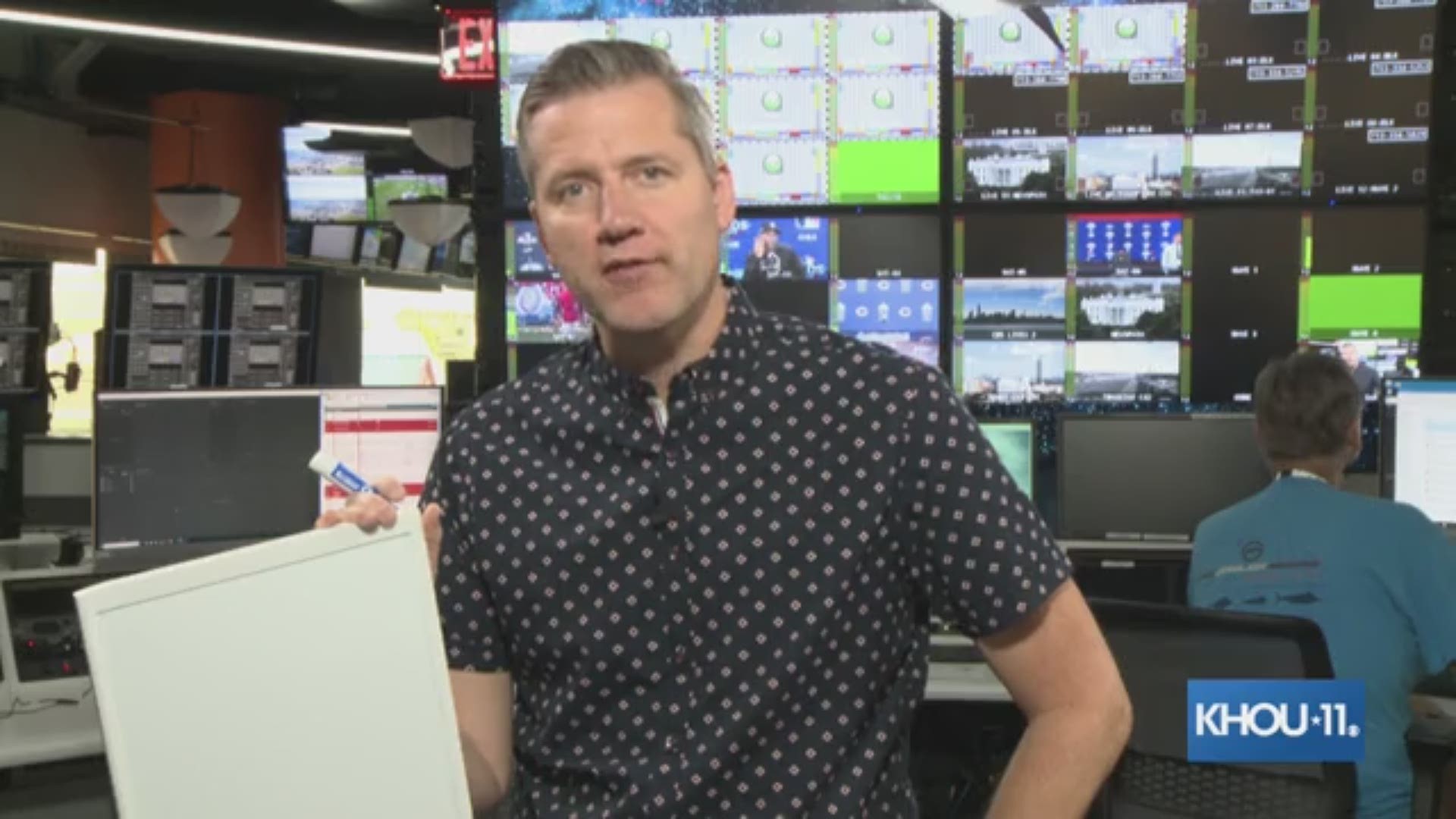 HOUSTON — Deshaun Watson threw for a career-high 426 yards and tied his personal best with five touchdown passes, including three to Will Fuller to lead the Houston Texans to a 53-32 win over the Atlanta Falcons on Sunday.

A week after scoring a season-low 10 points in a loss to Carolina, Watson and Houston's offense bounced back on a day he was 28 of 33 and became the first player to top 400 yards passing against the Falcons since Week 16 of 2012.

Fuller had a career-best 217 yards receiving and Darren Fells had two touchdown grabs for the Texans (3-2) and Carlos Hyde added a rushing TD.

Houston's beleaguered offensive line didn't allow a sack on Sunday after giving up 18 through the first four games.

Matt Ryan had 330 yards passing with three touchdowns and one interception for the Falcons (1-4), who lost their third straight game.

It was Watson's first meeting with the Falcons after the Georgia native worked as a ball boy for the team all four years of high school. Watson shared a moment with Falcons owner Arthur Blank on the field before the game. Blank started the program at the Boys & Girls Clubs of Hall County that allowed Watson the opportunity to work for the Falcons as a teenager.

Atlanta cut the lead to eight points with about 11½ minutes to go before Watson's second TD pass to Fells pushed the lead to 40-25 about five minutes later.

The Falcons cut the lead to one score again with 3½ minutes left when Ryan threw a 29-yard pass to Calvin Ridley to get them within 40-32. But Watson and Fuller struck again, with Fuller grabbing a 44-yard touchdown reception to make it 47-32 with about two minutes remaining.

The Texans added another score when Tashaun Gipson returned an interception 79 yards for a touchdown in the final minute.

The rest of the offense surrounded Fuller on the bench following the third score and the players bowed to him and lofted him in the air as his big day was announced in the stadium and he was shown on the Jumbotron.

Watson, who was criticized for failing to complete any deep passes against the Panthers, had no such trouble on Sunday when he completed multiple passes for 25 yards or more. His favorite target was Fuller, who more than doubled his output from the first four games combined on Sunday after entering the day with 183 yards receiving.

Houston got things going in the second half when Watson hit Keke Coutee on a 51-yard catch-and-run. The Texans regained the lead four plays later when Carlos Hyde scored on a 1-yard run to make it 23-17.

The Texans tacked on a field goal later in the third before Fells caught an 8-yard touchdown pass from Watson to extend the lead to 33-17. Watson completed two long throws on the that drive, finding Fuller for a 32-yard gain before connecting with DeAndre Hopkins for 29 yards.

DeAndre Carter muffed a punt on the first play of the fourth quarter and it was recovered by Atlanta.

The Falcons cashed in on that mistake when Ryan crashed into the end zone for a 1-yard score with about 11½ minutes left. It was first ruled that he fumbled, but it was reviewed and determined that Ryan got into the end zone before fumbling to give Atlanta the touchdown. Ryan found Austin Hooper for the 2-point conversion to cut the lead to 33-25.

The Falcons took an early lead when Ryan connected with Mohamed Sanu on a 14-yard touchdown to make it 7-0 in the first.

Houston tied it when Watson found Fuller for a 6-yard touchdown later in the first. Watson kept that drive going when he scrambled on third-and-7, fumbled and grabbed the ball after a bounce for a 15-yard gain.

Fuller got in front of the defense and grabbed a 33-yard touchdown pass in the second, but the kicked failed to leave the Texans up 13-10.

The Texans pushed the lead to 16-10 with a field goal later in the second before Ryan orchestrated a 12-play, 82-yard drive capped by a 9-yard pass to Devonta Freeman to leave the Falcons up 17-16 at halftime.

Below are highlights from the game.

4th quarter: Deshaun Watson's FIFTH touchdown pass of the day, his third to Will Fuller.

4th quarter: This is Deshaun Watson's FOURTH touchdown pass of the day, a scoring strike to Darren Fells. Fells and Fuller have two TD catches a piece today.

4th quarter: Atlanta cashed in on a DeAndre Carter fumble on a punt return when Matt Ryan took it in from a yard out.

3rd quarter: Watson throws his third touchdown pass of the game, a strike to Darren Fells.

3rd quarter: Watson gives it to Hyde, who seeks the end zone...and finds it!

2nd quarter: Devonta Freeman finds the end zone just before halftime to get Atlanta the lead.

2nd quarter: Watson and Fuller hook up for the second TD of the day. The PAT was wide left, though.