Cleveland Browns defensive end Myles Garrett has been reinstated by the NFL, bringing an end to his indefinite suspension. 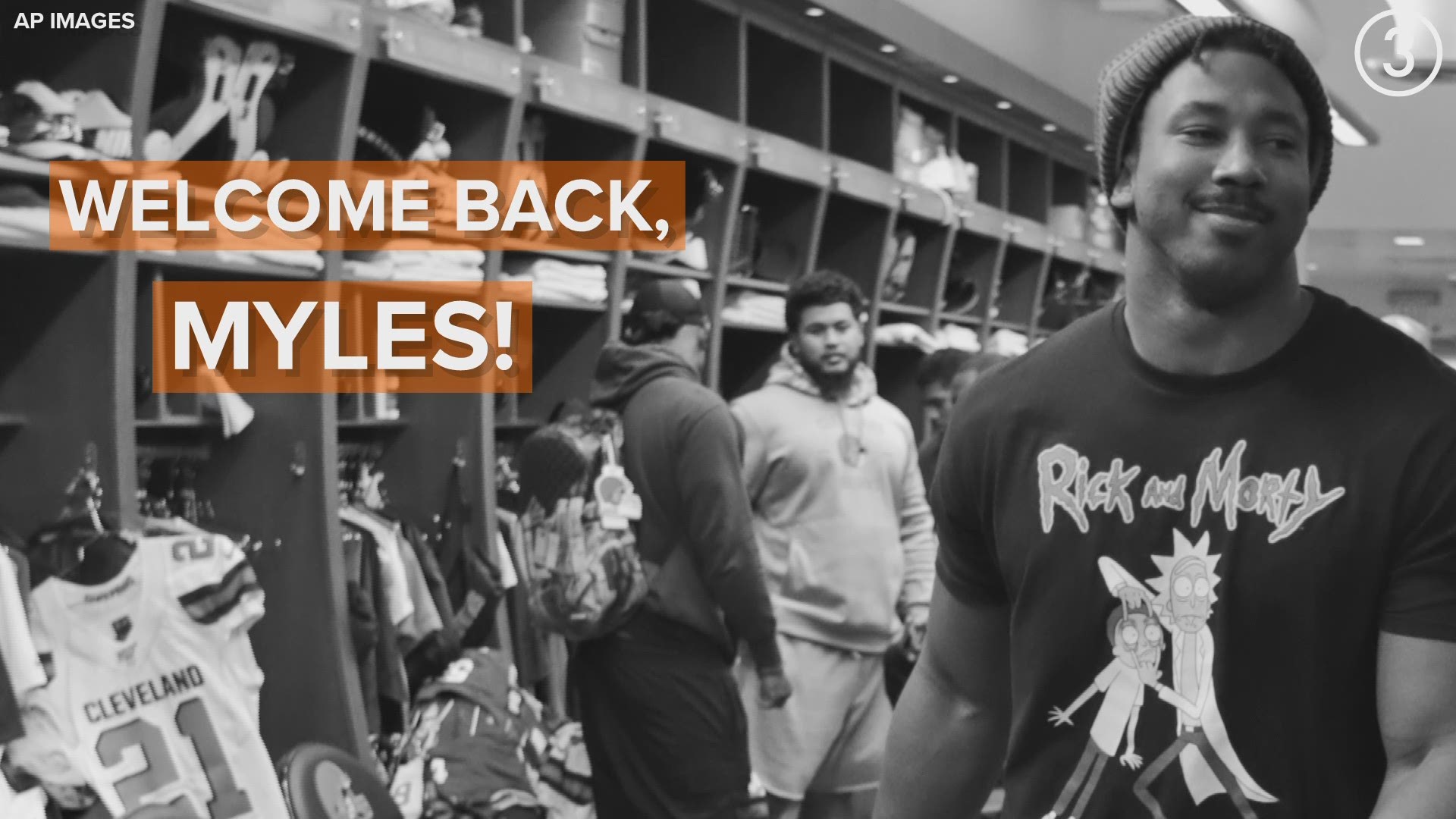 Three months after being suspended indefinitely, Cleveland Browns defensive end Myles Garrett is back in the NFL.

On Wednesday, the Browns announced that league commissioner Roger Goodell has reinstated Garrett, who had been serving an indefinite suspension since November.

“We welcome Myles back to our organization with open arms," Browns Vice President of Football Operations and general manager Andrew Berry said in a statement. "We know he is grateful to be reinstated, eager to put the past behind him and continue to evolve and grow as a leader. We look forward to having his strong positive presence back as a teammate, player and person in our community.”

Garrett’s reinstatement seemingly brings an end to a three-month saga, which began with a brawl in the closing seconds of the Browns’ Week 11 victory over the Pittsburgh Steelers on Thursday Night Football. After tackling Steelers quarterback Mason Rudolph to the ground following a quick pass to running back Jaylen Samuels, Garrett became entangled with the Pittsburgh signal-caller, who proceeded to tug at his helmet.

ESPN's Adam Schefter and Josina Anderson reported that Garrett alleged that Rudolph provoked him by using a racial slur prior to the fight. Rudolph has denied the accusation.

Garrett, Pouncey and Browns defensive tackle Larry Ogunjobi were each ejected from the game, with Pouncey receiving a 2-game suspension and Ogunjobi receiving a 1-game suspension for shoving Rudolph to the ground. Garrett, meanwhile, was handed an indefinite suspension, set to last through at least the remainder of the 2019 season.

With their best defensive player out of the lineup, the Browns went 2-4 in their final six games en route to finishing the 2019 campaign with a disappointing 6-10 record.

Earlier this week, Garrett and his representatives met with Goodell in New York, for what appears to have been one of the most crucial steps toward his reinstatement.

"He will probably meet with us sometime in the offseason and I think we'll make a judgment on, 'does he have remorse? Does he understand why it's not acceptable? Do we understand what he's going to do to make sure it doesn't happen again?' Those are the things that I think are going to be very important for us," Goodell told OTG’s Gary Myers a day after the fight.

"Because my experience with discipline with players and with other personnel is if they get it. If they understand that they made a mistake. And if they accept that and they say, 'I'm committed to changing,' you're usually on a good path. The ones that you don't are the ones that sort of say, 'There was nothing wrong with what I did.' I don't know whether he feels that way or he doesn't, but we'll find out."