Report says Drew Brees will retire; He isn't saying - yet

NEW ORLEANS — Drew Brees may have played his last game in the Superdome.

Minutes before the Saints kicked off on Sunday night, FOX Sport’s Jay Glazer reported that Brees will retire at the end of this season, win or lose.

Brees and the Saints lost to Tom Brady and the Bucs 30-20 in a divisional playoff game he would probably rather forget. The future Hall-of-Famer threw three interceptions and the game's biggest play came on a trick pass thrown by backup quarterback Jameis Winston.

However, as he has the past few seasons, he was not ready to announce anything immediately after the game.

"I'm going to give myself an opportunity to think about the season, think about a lot of things, just like I did last year and make a decision," Brees said.

If Brees is hanging it up, Payton said that is a question "for another press conference." 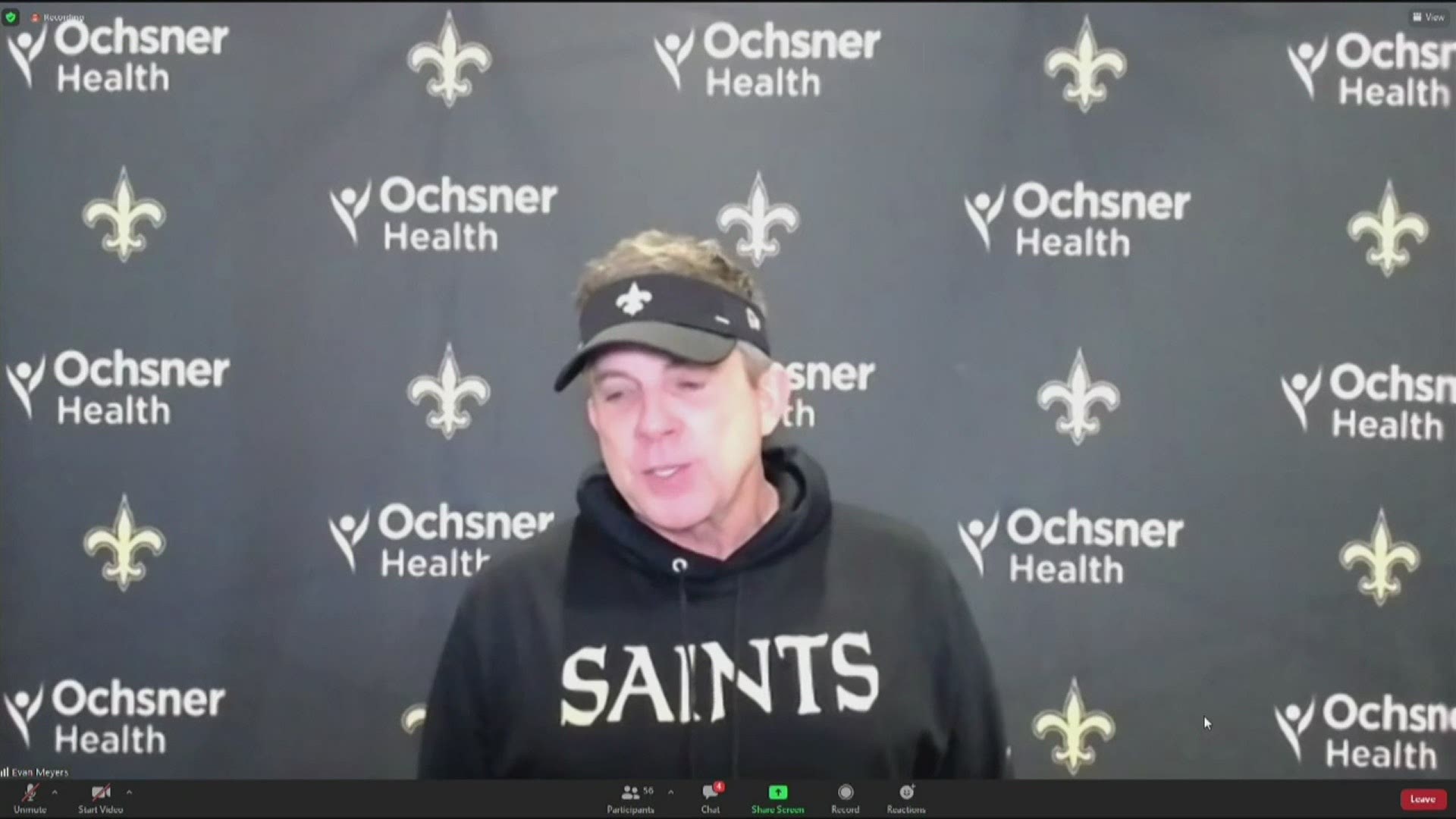 Saints teammates were effusive in praise of the man who holds probably every single positive passing record in team history.

"He’s more than what’s advertised," said linebacker DeMario Davis. "Drew is the reason I came here. When I came to New Orleans, I wanted to help Drew Brees win another Super Bowl because I feel he deserved it… I wanted him to have more championship trophies on the mantle. He’s a great teammate, great leader, great man in the community, great husband, great father."

Brees said he was only going to answer one question regarding possible retirement but he was philosophical when asked whether he had any regrets about coming back to play this season.

"I would never regret it - never. No complaints, no regrets," he said. "I've always tried to play this game with a great respect and great reverence for it. I appreciate all that this game has given to me. There are so many memories, so many relationships from playing this game... I'd say this season I probably had to fight through more than I ever have in my career - from injury to all the COVID stuff to crazy circumstances. It was worth every moment of it - absolutely."

If it’s truly over for Drew Brees, here’s him running off the field tonight:

Brees turned 42 last week and has spent 20 seasons in the NFL, an iron-man career for an NFL player, even at the QB position.

This is the final year of the two-year, $50 million contract Brees signed before the 2019 season.

RELATED: Cheer on the Saints with this FREE Bless You Boys social swag