In addition, Lake Catholic football coach Marty Gibbons will announce a Browns pick on Friday, while local health care worker Kendalyn Mackay will do so on Saturday. 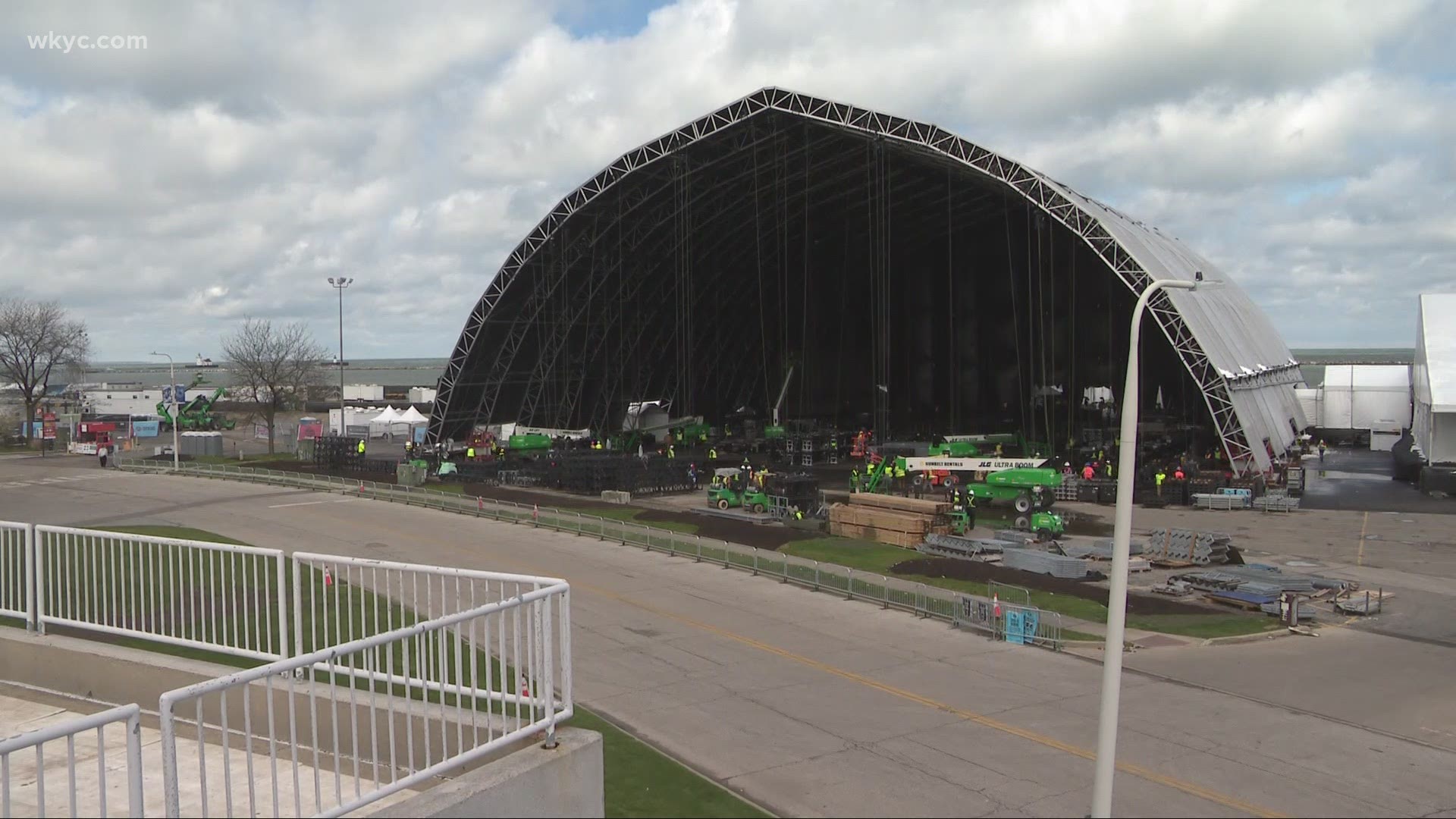 CLEVELAND — The NFL has announced its slate of special guest pickers for this year's NFL Draft, set to take place in Cleveland next weekend. When the Browns make their first selection, all eyes will be on a bright young girl from East Cleveland.

Shaw High School senior Mya Tomoto has been chosen to announce the Browns' first-round pick this year, the 26th overall in the draft. The 12th grader will represent the league's efforts to bridge the "digital divide" between communities that has been exacerbated by the COVID-19 pandemic, as she has been lauded for her efforts to help get computers to her fellow classmates.

A cross country runner and trumpet player, Mya will graduate this spring as Shaw's valedictorian, and has shown a particular interest in computer science. During the pandemic, she has emerged as a leader in helping distribute computers to students in the district while also making herself available to help those students learn how to use them and figure out technical issues. As part of their "Stay in the Game" initiative, the Browns aided Mya's efforts by issuing a $350,000 grant to East Cleveland City Schools last fall.

Bridging the digital divide is one of four community initiatives the NFL will focus on both before and during the draft in Cleveland, with the others being mental health, food insecurity, and health disparities. As a part of the event, the league has also already announced several "pandemic recovery" events within the area, including plans for its second annual Draft-a-Thon.

Three other teams will have special guests make their first-round picks next Thursday to represent the other three initiatives.They are:

Mya will not be the only Northeast Ohioan representing the Browns this year. On Friday, Lake Catholic head football coach Marty Gibbons will announce one of the team's picks in either the second or third round (either No. 59, No. 89, or No. 91, unless there is a trade). Gibbons was named the 2020 Cleveland Browns High School Coach of the Year after leading the Cougars on a surprising run to the OHSAA Division IV State Championship Game, and the organization rewarded the program with a $9,000 grant.

Along with Tomoto and Gibbons, local health care worker Kendalyn Mackay will announce one of the Browns' selections on Saturday (anywhere from the fourth through the seventh round). Mackay was one of the nominees for the NFL's 2020 Fan of the Year due to her work treating patients in need of dialysis despite the difficulties made worse by the pandemic.